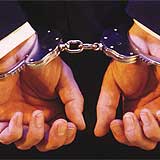 Last week, District Judge Frank D. Whitney sentenced Justin Paul Emch for his involvement in the ‘warez scene‘ – specifically an offense claimed to have been carried out when he was leader of the release group ‘MaGE‘.

Emch was indicted in yet another action forming Operation Fastlink – a huge undercover investigation carried out by the FBI, the US Department of Justice and Interpol into the ‘warez scene’

It’s claimed that Emch was a leader of the group ‘MaGE’ and worked to supply the group with software. Other members of the group then cracked the software (removed the security/copy protection) and passed the titles back to Emch for testing. The group had a huge collection of copyright material to which Emch had full access.

For his actions, Emch (like a few before him) received 12 months in prison on a felony count of conspiracy to infringe copyright, two years of supervised release and a $5000 fine.

Presumably the authorities will be wanting to keep a tighter grip on Emch than they did with the leader of RISCISO who proved to be quite an annoyance.