Last year, the US Department of Justice booked one of its biggest successes in its battle against online piracy.

In August 2020, law enforcement upset the international piracy ecosystem by targeting several high-profile Scene members, which were the source for many pirated movies and TV-shows.

The criminal investigation focused on the SPARKS release group of which three alleged members were indicted. However, the crackdown, which resulted in raids in various countries, had a much broader impact.

Following the raids, several topsites went offline. Some of these had their infrastructure caught up in the enforcement, but many others decided to lay low as a precaution. Meanwhile, the rumor mill was in full swing, with some fearing that the action was just the start.

After a few days, it became apparent how broad the impact was. Not just in The Scene but also further down the piracy pyramid, where torrent and streaming sites noticed a lack of fresh content.

In a report published in early September, we showed that there were 1,944 new scene releases the Wednesday before the enforcement actions. A week later, a day after the first raids, this number had shrunk to 168 releases.

During the weeks that followed things slowly but steadily started to recover. With help from Predb.org we decided to take another look at the release volume at the start of the new year. Based on recent figures, we can conclude that the release volume ultimately recovered.

We compared the release numbers starting the week before the raids (Monday-Sunday), followed by the two weeks after, and finally data from last week. For a clean comparison this analysis doesn’t cover the week the raid took place, which included the largest dip.

The bar chart below shows the releases across all categories. This started at 12,776 before the raid, then dipped to 3,680 and 4,463 in the two weeks after. From there it gradually climbed back to 11,759 last week, which is pretty much back to normal.

Total new releases before and after the raids 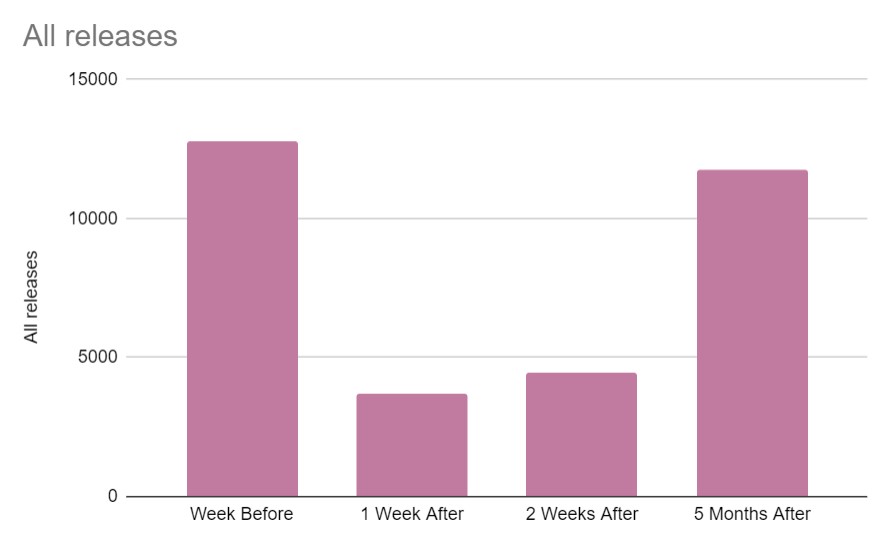 New releases before and after the raids (selected categories) 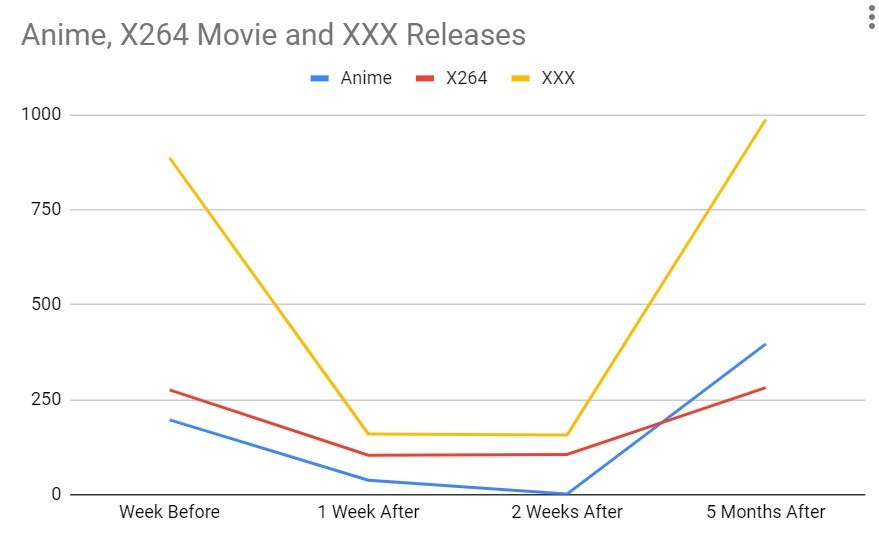 Based on these data we can conclude that the US Government’s enforcement actions had a major impact, but not one that’s lasting. This doesn’t mean that all groups continued business as usual, but there are certainly plenty left.

While the dust appears to have settled a bit in the Scene, the legal troubles for the three indicted SPARKS members are far from over.

Thus far Jonatan Correa (aka ‘Raid’) is the only defendant to have appeared in court. He pleaded guilty earlier this month and will be sentenced this spring. Due to his cooperative stance, the prosecution agreed to a sentencing guideline of 12 to 18 months imprisonment, instead of the maximum of five years.

The two other defendants, George Bridi from Great Britain and Norway resident Umar Ahmad (aka ‘Artist’), have yet to appear in US court. According to the information we have available, Bridi has yet to be extradited from Cyprus where he was previously detained while Ahmad is still at large.