The EU followed in the footsteps of Australia, Canada, Japan, South Korea, Morocco, New Zealand, Singapore and the United States, who already signed it last October. This brings ACTA a step closer to passing, but individual EU member states and the European Parliament still have to ratify the treaty later this year.

To prevent this from happening, hundreds of thousands of people across the world are taking to the streets today, and millions more are expected to do their part online. In Europe demonstrations are being held in more than 200 cities, the largest in Sofia, Bulgaria, with 10,000 participants.

These staggering numbers amount to the greatest offline protest against any type of copyright legislation, ever. 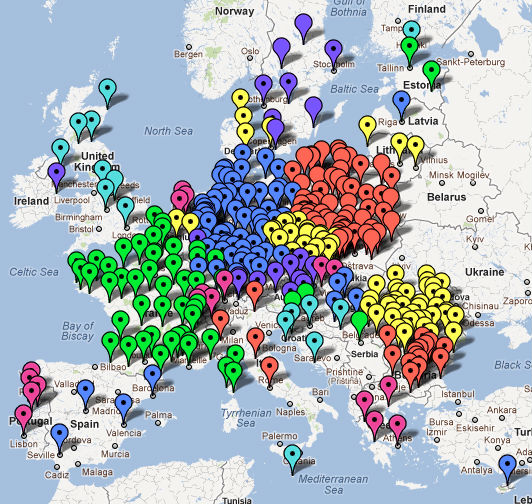 Although ACTA has been discussed for four years already, it is only recently that the public got involved on such a broad scale. In part, the increased attention for ACTA has been sparked by the historic SOPA/PIPA protest last month, where Wikipedia, Reddit and many others blacked out their websites.

Thus far the anti-ACTA protests, which started in Poland a few weeks ago, haven’t been without result.

Several countries that were intended to ratify the treaty, have put their decision on hold. Poland was the first to cave in, followed by Slovakia, Czech Republic, Latvia, and yesterday Europe’s largest economy Germany backpedaled as well.

Within the European Parliament, whose members will vote on the ratification ACTA later this year, there is also a healthy resistance. In a guest article for TorrentFreak, parliament member Marietje Schaake urged fellow politicians to not let copyright law repress innovation.

“ACTA must not be passed. Let’s focus on reform to allow for the opportunities of the internet to bloom, instead of allowing outdated business models to limit the free market, and to criminalize audiences,” she wrote.

Today’s demonstrations (videos) show that there’s a massive opposition against ACTA, and that hundreds of thousands of people are willing to take to the streets to defend a free and open Internet.

Those who want to take action against ACTA but can’t join one of the demonstrations, can write their representatives through the Kill ACTA site. 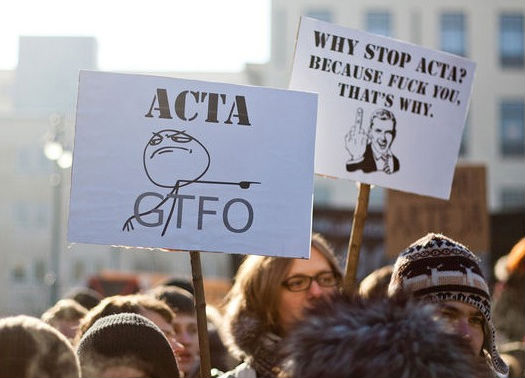