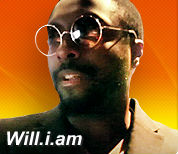 The up/down nature of the Mega Song video has brought the handling of copyright infringement notifications and YouTube into the spotlight. The he-said, she-said accusations have been flying for the past week, both online and in the courts.

On Wednesday, Megaupload filed for an ex parte restraining order against UMG, in an effort to restrain the label from:

(1) attempting to bar the distribution, hosting, linking, or display of the MegaUpload Video at issue in this case; (2) submitting or advancing any “takedown notices” under the Digital Millennium Copyright Act; or (3) declining any request by MegaUpload to withdraw any takedown notices with respect to the MegaUpload video.

The judge in the case, Claudia Wilken of the US District Court for Northern California, deferred judgment until today (December 16th) to allow UMG a chance to respond.

The company did that last evening and its contents are set to take this controversy to a whole new level. First, a little background.

In an attempt to reduce instances of copyright infringement, YouTube created the Content ID system (further analysis in respect of this case from Ben Jones) which gives copyright owners the opportunity to take a number of actions should their content be uploaded by other users.

Rights owners can choose to ‘monetize’ videos through adverts, restrict access to them on a regional basis, or initiate a worldwide block. In its action against Mega Song, Universal chose the latter.

But while one might naturally expect that UMG made a legitimate DMCA takedown complaint (and one that has legal implications should it be wrongfully made) Universal insists that was never necessary.

“The UMG-YouTube agreement grants UMG rights to effect the removal of user-posted videos through YouTube’s Content Management System (‘CMS’), based on a number of contractually specified criteria that are not limited to the infringements of copyrights owned or controlled by UMG,” the record label states in its filing.

What that means, in case the preceding paragraph wasn’t clear enough, is that UMG has a private outside-the-DMCA agreement with YouTube that it can take down other people’s content from YouTube even when it doesn’t infringe their copyrights.

Indeed, in UMG’s 18-page filing not once does the company give any reason or even a hint why it had Megaupload’s Mega Song taken down from YouTube. At no point does UMG claim that the video infringed its copyrights and the previous claim, that the video featured one of its artists, is completely absent.

Nevertheless, as the legal battle continues in the background, Megaupload is today celebrating a significant interim success.

“Victory,” said Megaupload founder Kim Dotcom in an email to TorrentFreak this morning. “Our video has been restored on Youtube!”

It appears that Google-owned YouTube gave UMG an ultimatum – show us you have the right to stop us displaying Mega Song or it’s going back up. UMG deliberately missed their deadline to respond (UMG say it treated YouTube’s statements as “self-effectuating”) and now the video is back online and showing 286,000+ hits.

Of course, if Universal hadn’t deliberately censored Megaupload’s content the hits would have been substantially higher and the spread even more significant. Nevertheless, for opponents of overreaching and in this instance somewhat arrogant copyright holders abusing their position for their own ends, the Mega Song takedown is a gift that will live on.

“Our legal battle with UMG is ongoing and we are going to reveal the whole truth about this censorship and the illegal take down,” adds Kim. “Lets join together against Internet dictatorship by corporations.”

So once again, courtesy of YouTube, here is the Mega Song in all its glory. Will the viral campaign regain its momentum? Embed the video and let the readers decide.