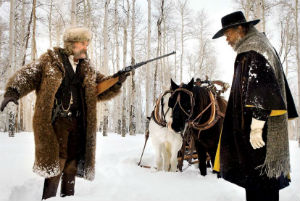 In recent weeks more than a dozen high quality screener copies leaked online, including The Big Short and The Hateful Eight.

Most of the leaks originated from release group Hive-CM8. The group promised to leak 40 screeners but stopped at 14, after offering an apology in release notes last week.

Apology or not, the FBI is still trying to catch the perpetrators and has already traced The Hateful Eight leak back to a Hollywood executive.

Various movie companies have also started to issue takedown requests to various websites in the hope that this will prevent at least some people from downloading their films without permission. And it doesn’t stop there.

Over the past few days the movie studios have also sent out a flurry of takedown notices targeted at individual BitTorrent users. TorrentFreak has seen several notices, which all come in the standard format.

Through its anti-piracy partner IP-Echelon, Paramount Pictures instructs Internet providers to ensure that the account holder associated with the infringing IP-address stops the unauthorized distribution.

“We are requesting your immediate assistance in removing and disabling access to the infringing material from your network. We also ask that you ensure the user and/or IP address owner refrains from future use and sharing of Paramount materials and property,” the notices read.

Paramount targets downloaders of DVD screeners of both The Big Short and Anomalisa. Roadshow Films uses the same messages to contact subscribers who allegedly pirated The Hateful Eight.

Notice for The Big Short screener

Twentieth Century Fox is working with Irdeto to track down and report people who share “Joy” screeners and instructs Internet providers to relay the alerts to the associated account holders.

“These are serious offenses which could lead to legal consequences for the account holder,” the warnings read.

In addition, the notice suggests that ISPs may want to take additional measures such as disconnecting the accounts of repeat infringers, or they could be held liable as well.

The language in the notices is similar to other DMCA notices that are commonly sent out. Despite the stark warnings, the studios in question are not known to go after individual downloaders.

Instead, the companies hope that the warnings will deter some from downloading similar leaks in the future.

Whether that will have any effect has yet to be seen. Popular screeners such as The Hateful Eight and The Big Short have been downloaded million of times already and remain quite popular.