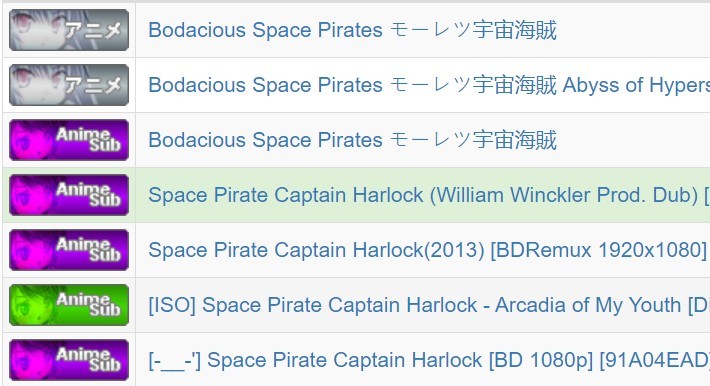 Every day, copyright holders send out millions of DMCA notices to various sites and services, to protect their works.

Yesterday, developer platform GitHub posted a DMCA notice it received from the Motion Picture Association (MPA) last week. The movie industry group, which represents Netflix and the major Hollywood studios, asked the company to remove a repository that’s linked to NYAA.si, a popular torrent site that specializes in anime content.

The takedown notice stands out because the targeted code doesn’t belong to the MPA members. Instead, the movie group argues that the code is used for the development of the website, which for its part facilitates copyright infringement. In addition, the repository allows others to set up an NYAA clone.

“Specifically, at the URL, the Repository hosts and offers for download the Project, which, when downloaded, provides the downloader everything necessary to launch and host a “clone” infringing website identical to Nyaa.si,” the MPA writes.

The public part of the takedown request doesn’t mention which copyrights are infringed. Instead, it points to an unpublished list of screenshots of the NYAA website which includes various titles.

Because the repository enables the developers and members of the public to run NYAA or a clone of the site, it is indirectly infringing the copyrights of MPA member studios, the movie group argues. Therefore, the code repository is ‘blatantly infringing’.

“The Project blatantly infringes the MPA Member Studios’ copyrights and countless other copyrights. Indeed, copyright infringement is so prevalent within the Project that infringement plainly is its predominant use and purpose,” the notice adds.

A quick review of some of the files that are highlighted in the MPA request shows that much of the code itself is harmless in isolation. For example, the config file has no references to any copyrighted works. The same is true for other code.

The MPA seems to argue that, when deployed as a torrent site, the code helps to facilitate copyright infringement. And since it’s directly linked to NYAA.si, which is referenced repeatedly in the code, it should be taken offline.

This isn’t the first time that GitHub has received a takedown request that indirectly targets infringing material. A few weeks ago, the RIAA took the popular open-source youtube-dl repository offline, a decision that was eventually reversed after public outrage and some small code edits.

At the time, GitHub said that it would review anti-circumvention takedown notices more closely, allowing developers to update code if needed.

“When we see it is possible to modify a project to remove allegedly infringing content, we give the owners a chance to fix problems before we take content down,” GitHub wrote.

While the MPA’s claim is not related to DMCA’s anti-circumvention provisions, GitHub did also reach out to the NYAA developers and gave them time to oppose or address the notice. This is standard practice under the DMCA policy, the company informed us.

There are some similarities between the NYAA and youtube-dl takedown attempts. When the RIAA targeted youtube-dl many copies of the repository were posted elsewhere on GitHub. The same is now happening with the NYAA code, which also lives on at the Internet Archive.

TorrentFreak reached out to NYAA to hear their side of the story, but at the time of writing, we have yet to hear back.

This isn’t the first time the MPA has gone after the anime torrent site. Last November we reported that the anti-piracy group sent cease and desist letters to several people who are allegedly connected to the site, describing it as an “Anime Cartel”.

Update: We edited the article to make clear that GitHub did reach out to the developers before taking action.

Update: GitHub restored the NYAA repository after a careful review.