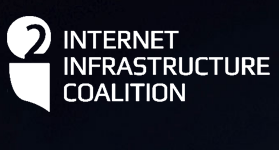 The U.S. Government uses this input for the Special 301 report, an overview of threats to various copyright industries. The recommendations usually include well-known piracy sites such as The Pirate Bay, but increasingly third-party technology providers are also added to the mix.

For example, this year the MPAA and RIAA identified domain name registrars as possible piracy facilitators. In addition, several “rogue” hosting providers were mentioned, as well as CDN provider Cloudflare.

The inclusion of these technology companies is a dangerous development according to the Internet Infrastructure Coalition (I2Coalition), which counts Google, Amazon, Verisign and Dreamhost among its members.

The I2Coalition submitted a rebuttal to the USTR this week in which they outline their concerns. They warn that if the MPAA and RIAA have their way, the entire Internet could be put at risk.

“Certain submissions favor an approach to intellectual property and infringement protections that would be harmful to the Internet infrastructure marketplace, and therefore to the Internet itself, as well as the global U.S. and global economies,” they write.

The main problem is that the entertainment industry groups “vilify” specific technologies instead of the marketplaces themselves, as the Special 301 process is supposed to do.

For example, MPAA’s characterization of Cloudflare as a service that creates “obstacles to enforcement” as it helps pirate sites to “hide,” is inappropriate according to the coalition.

“Technologies themselves cannot be bad actors. Further, a number of submissions characterize technologies and those using the technologies using unnecessarily inflammatory language.”

In addition to misguided statements about technology, I2Coalition also argues that the submissions show a misinterpretation of the obligations domain name registrars have under the Registrar Accreditation Agreement (RAA).

Ideally, the MPAA and RIAA would like domain registrars to suspend domain names that are accused of copyright infringement, but most refuse to do so without a court order. Rightfully so, according to I2Coalition.

“Both the vilification of technology, and misconstruing of the RAA have one goal in common: forcing Internet infrastructure companies to act as intermediaries in intellectual property disputes,” the group writes.

“This is not the answer to intellectual property infringement, is not the purpose of the Special 301 process, and proposals to expand the use of these companies as intermediaries are misguided.”

Using a page from the entertainment industry playbook, the technology companies stress that billions of dollars are at stake if the Government steers policies in the wrong direction.

“The Internet infrastructure industry generates more than $100 billion in annual revenue and is growing at a rate of nearly 20% per year.

“Creating regulatory and legal hurdles to the industry’s progress will not only negatively impact the architecture and viability of the global Internet, it will also impact the overall economy, which is dependent on the continued growth of the Internet infrastructure industry.”

The rebuttal and other submissions will form the basis of the U.S. Government’s Special 301 Out-of-Cycle Review of Notorious Markets, which is expected to come out later this year.