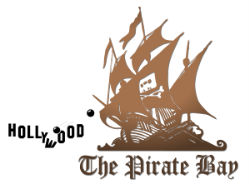 The pair asked the European Court of Human Rights (EHCR) to look at their case, arguing that the Swedish verdict in their criminal trial violated their freedom of expression.

Their application was denied by the Court, which concluded that the Swedish courts had already acted appropriately.

Responding to the news, the MPAA now welcomes the decision as a victory for the Internet they’d like to see – an Internet where freedom of expression is not used as an excuse for piracy.

“What we have seen in the past is that the term ‘freedom of expression’ has been hijacked by those who operate and provide Internet access to illegal sites under the pretext of doing so for the greater good of society,” the MPAA writes.

“And the entertainment industry has too often been accused of oppressing freedom of speech because it is trying to protect the artists and creators who have invested time, their creative talent and money in developing films and shows,” the group adds.

According to the MPAA, in this case the rights of artists and the entertainment industry outweigh pirates’ rights to freedom of expression, and the EHCR agreed.

“It is gratifying to see that the EU Court of Human Rights was not receptive to such an argument and rather focused on the fact that the activity both Sunde and Neij had been convicted for…,” the MPAA writes.

Continuing on the topic, the MPAA says that they are not out to stifle free speech, as long as copyrights are not at stake.

“The concept of ‘freedom of expression’ and what it stands for is far too important to be bantered around and used as a smoke-screen for irresponsible and sometimes even illegal activity on the Internet. It is certainly not the case that the entertainment industry is seeking to censor the Internet or to stifle free speech,” MPAA writes.

It’s worth noting that EHCR did conclude that the Pirate Bay co-founders’ freedom of expression was violated by their sentencing.

“The Court held that sharing, or allowing others to share files of this kind on the Internet, even copyright-protected material and for profit-making purposes, was covered by the right to ‘receive and impart information’ under Article 10 (freedom of expression),” the Court’s decision reads.

However, in this case the Pirate Bay co-founders’ right to freedom of expression was trumped by rightsholders’ right to be protected from copyright infringement. Put differently, freedom of speech can be suppressed in order to protect artists.

Closing their argument the MPAA states that Hollywood is all for freedom of expression. “Free expression is the cornerstone of our industry and we would not exist without it.”

That’s an interesting comment from a group that tried to ban VHS, and uses its rating system to exercise heavy control over film content released in the United States. South Park creator Matt Stone  and the makers of “This Film is Not Yet Rated” see the MPAA quite differently.