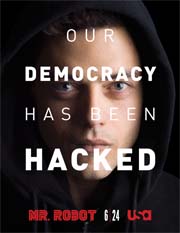 New York resident Elliot Alderson works as a security engineer at cyber-security company Allsafe. Through a window of mental issues, Alderson views the world with paranoia while using his undoubted technical skills to hack his targets.

After being recruited by an anarchist known as “Mr. Robot”, Alderson becomes part of a team known as “fsociety” with a mission to take down one of the largest corporations in the world.

The now-hit TV show Mr Robot enjoyed a somewhat unusual U.S. launch, with the pilot airing late May on a wide range of online platforms including the USANow app, YouTube, iTunes, Amazon Instant Video, Google Play, plus Xbox and Playstation, to name just a few.

Chris McCumber, president, USA Network, said that the strategy provided a “unique opportunity” to get noticed and drive word-of-mouth promotion. It’s the kind of effort piracy has been providing unofficially for many years via leaked pilots (1) (2).

After enjoying huge success in the United States, this Friday evening Mr Robot will finally get its Canadian premiere on Showcase. And, in line with the U.S. strategy, Canadian geeks have already been given the opportunity to have an advance sneak preview of the pilot episode on Showcase.ca and ETCanada.com.

However, those attempting to use Google to find the pilot won’t be able to do so directly. Quite unbelievably, NBCUniversal in the United States have reported Showcase to Google, claiming that the copy of the pilot on the broadcaster’s website is illegal. 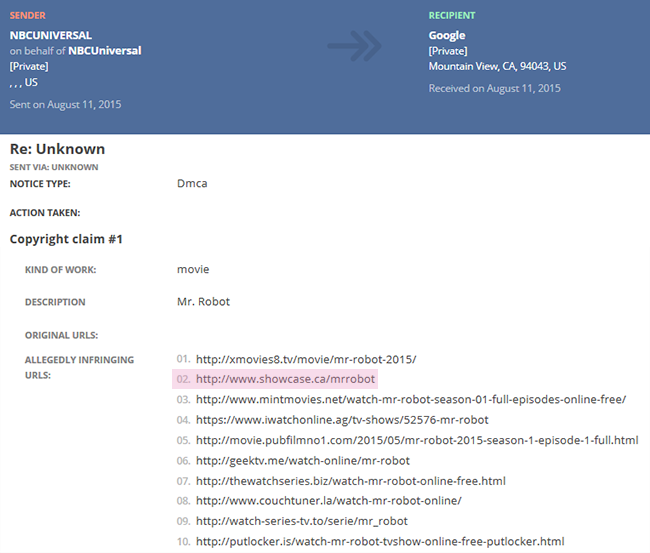 With episodes carrying titles such as eps1.1_ones-and-zer0es.mpeg and eps1.7_wh1ter0se.m4v (not to mention a quite fantastic website at whoismrrobot.com), there can be little doubt that Mr Robot’s creators are reaching out to those who spend their lives online. It’s therefore particularly disappointing that the same target audience will be only too aware of how ridiculous these kinds of careless takedowns are.

Also regrettable is that the bogus NBCUniversal takedown has somehow slipped past Google’s systems that often reject erroneous claims. As can be seen from the image below, the pilot episode page has been completely delisted from Google. 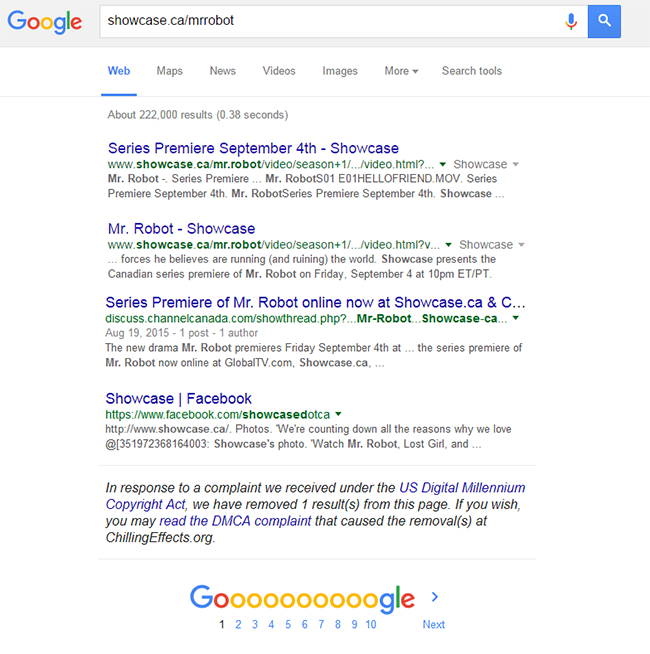 The first series of Mr Robot has enjoyed success and great reviews in the U.S. but only now have Canadians been let in on the fun. Those wishing to do so without relying on censored Google search results should follow this link.