Music Pirates are Cheapskates, Some of Them 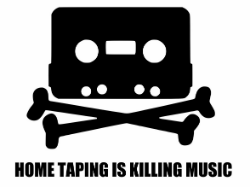 Over the past months we’ve reported on a variety of studies which concluded that, among those who buy music, file-sharers spend the most.

These findings were confirmed this week by a report from the UK music industry group BPI, but only for those who read between the lines.

In their Digital Music Nation report the music group focuses on another comparison, the spending of all file-sharers compared to that of consumers who only buy digital music through legal channels. Their conclusion reads as follows:

“Appearing to debunk the common belief that file-sharers spend more on music than other consumers, Kantar Worldpanel found that the average spend over a 12-month period for professed file-sharers was lower than the spend of consumers who only use legal services.”

Indeed, when all file-sharers are lumped together, they spend 25% less than “legal only” consumers. In a year this comes down to £26.64 versus £33.43. However, this doesn’t mean that the earlier reports were incorrect.

Let’s give an overview of the numbers we can extrapolate from the BPI report.

The above shows that the file-sharers who also buy music spend 44% more than those who exclusively buy legal. This is in line with previous studies, which according to the RIAA indicates that these file-sharers are more engaged consumers.

TorrentFreak contacted the BPI for a comment, and the music group told us that this comparison is not fair.

“You cannot just wave away the 44.8% of file sharers who are not spending anything on music, despite being music ‘consumers’, and pretend they don’t exist or are not relevant. What happens if only 5% of file sharers are spending on music? Do we disregard everyone else who is freeloading?,” a BPI spokesman said.

“It’s not credible to discount the people who consume music, for free, illegally.”

The BPI absolutely has a point here. However, is it then credible to simply lump all file-sharers together when there are clearly two entirely different subgroups with different spendings?

And what about the legal music “consumers” who buy nothing? What if we added all the non-sharing and non-buying people who use YouTube to listen to music, and add them to the “legal only group”? Then the average spend there would be lower as well.

That said, the data does make clear that there’s a huge group of file-sharers who are freeloaders. Of all Brits, 4,000,000 engage in file-sharing, and 1,768,000 never pay a penny for any of the music they acquire.

In the end a safe conclusion is that about half of all music pirates are cheapskates, and the other half are the music industry’s most engaged customers. But what does that say about file-sharing?

Is Piracy Really Killing The Music Industry? No!

Music Pirates are Immoral Cheapskates, Or Are They?