Music Pirates Will Be Unmasked, Despite Band’s Protests 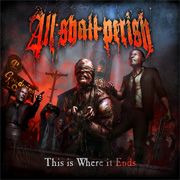 As reported last month, a lawsuit filed April 20th in the US District Court For The Middle District of Florida is targeting fans of American metal band All Shall Perish (ASP).

Two issues made this case stand out. One, this is the first time sharers of music have been sued since the RIAA ended its infamous campaign. Two, the suing of All Shall Perish’s fans is being done without the band’s permission. Indeed, the band’s label, Nuclear Blast, didn’t even tell ASP that they’d signed over the rights to Panama-based World Digital Rights so that they could sue.

TorrentFreak has kept in touch with ASP manager Ryan Downey who has been hoping that the lawsuit would be withdrawn. However, we discovered that World Digital Rights have persisted with their lawsuit and earlier this month were granted permission from Judge Sheri Polster Chappell to obtain the identities of 80 alleged file-sharers from US ISPs.

We informed Downey of the development and he and the band’s lawyer went away to see what could be done.

“The band’s attorney made it clear to the licensing people [at Nuclear Blast Records] that the band wanted no part in lawsuits against fans. The industry is changing, illegal downloading is troublesome for bands and of course, for record labels, but whatever the solution will be – streaming, subscription, Kickstarter, new ways of looking at it entirely, whatever comes about – the band and I are in agreement (as is their lawyer) that SUING MUSIC FANS SURE ISN’T IT,” Downey told TorrentFreak.

But of course, when this story broke last month Nuclear Blast were already aware that the band didn’t support suing fans yet either couldn’t or wouldn’t stop World Digital Rights persisting with the lawsuit. Clearly the band’s protests needed underlining.

“The licensing folks at Nuclear Blast in Germany took all of this to mean we wanted them to prevent World Digital Rights from pursuing any new actions / claims. I don’t know how we could have been more clear, but, we emphasized again, after receiving your email and being made aware of these new developments, that what we were saying all along was DISMISS ANY AND ALL LAWSUITS AGAINST ALL SHALL PERISH FANS,” Downey told us.

Then this week there appeared to be a breakthrough.

“We were informed [Wednesday] by Nuclear Blast that they would tell World Digital to dismiss all of this. Furthermore, we have pressed (yet again) to ensure the copyright registration returns to the band as owners of all recordings, as nobody else had the right to register the band’s copyrights as World Digital seems to have either done or attempted at some point.”

But while Downey has answered questions and been very responsive, the same cannot be said about Nuclear Blast. Request for comment sent to several members of staff, from those in the licensing department to the label owner, were not responded to.

That said, the silence is not unexpected. While Downey has gone out of his way to be unfailingly polite when speaking to us about Nuclear Blast, using terms such as “hard working”, “passionate”, “communicative” and “supportive”, it’s impossible to overlook the fact that someone there transferred the rights to the band’s music over to a troll without even having the courtesy to mention it. And that troll continued with the lawsuit despite knowing the band were against it.

The best outcome now is that the whole thing goes away, but it’s still possible that World Digital Rights will persist and people will get settlement demands through the mail. If that happens, recipients will have someone to turn to.

“The band, their attorney and myself have and will continue to take any steps to protect their fans, yes, even those who file trade,” Downey told us. “The band would prefer that their fans legally purchase, stream or otherwise enjoy their music. But they definitely have not, will not and do not wish to sue their fans.”

If any reader receives a letter from World Digital Rights, write to us at the usual address.