NBC and IOC Ready to Crackdown on Olympic Pirates 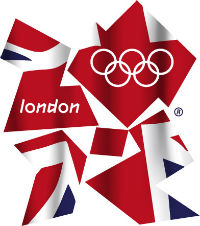 Four years ago the Opening Ceremony of the 2008 Olympics in Beijing was downloaded millions of times on BitTorrent.

The International Olympic Committee (IOC) saw The Pirate Bay as one of the major threats and sent a letter to Swedish Minister of Justice Beatrice Ask.

The IOC requested “assistance” in getting rid of the Olympic torrents that were posted on the site, but Minister Ask couldn’t do much.

The Olympic videos remained online and The Pirate Bay poked the IOC in the eye by renaming their website to The Beijing Bay.

Fast forward to 2012 and the Beijing torrents are still online. Soon these will be joined by torrents of London’s Opening Ceremony, which will also be downloaded by millions of people. Some will download it because they couldn’t watch a live broadcast and others will just want a copy of the historic event for the archives.

However, BitTorrent is just a small part of the piracy challenges that NBC and the IOC face. Video streaming sites are perhaps a much bigger threat. In the coming weeks tens of thousands of unauthorized clips will appear on YouTube, and live streaming sites such as Justin.tv will be flooded with pirated streams.

Since NBC has paid more than a billion dollars for the Olympic broadcast rights, they will do whatever is in their power to stop these unauthorized streams. Luckily, YouTube and Justin.tv are helping out by automatically detecting pirated content, but there are hundreds of other streaming sources that are much harder to police.

Sites such as Rojadirecta.me and Wiziwig.tv, for example, will soon be flooded with dozens of external links through which the Olympic events can be streamed online.

But perhaps the U.S. Government is willing to help out?

Considering the money that’s involved it would come as no surprise if several of these streaming(-link) sites have their domains seized by the U.S. authorities in the days to come. We’ve seen this happening during the Super Bowl this year as well as the year before, and the Olympics appear to be a good opportunity to revive Operation in Our Sites.

Interestingly enough, free and legal online streams are available in pretty much all parts of the world except the United States. YouTube, for example, is streaming all events in 64 countries across Asia and Africa including Afghanistan, Pakistan, Angola, Ivory Coast, Ethiopia and Zambia.

In the UK the BBC is offering a free online stream, and many other countries have their own alternatives.

The lack of free live streams in the U.S. is going to be one of the main reasons why people will pirate the 2012 Olympics. However, NBC also deserves some credit for taking a few steps forward. Just two years ago NBC said that they would only broadcast the highlights because people “are not dying to watch lots of long-form content on a 13-inch screen.” But this has changed.

While paid, all 2012 events will now be streamed online. In addition, people without a subscription will be able to buy a temporary pass which will provide access to a four-hour streaming block.

Whether this will be good enough to prevent people from accessing unauthorized streams will become clear in the days to come.