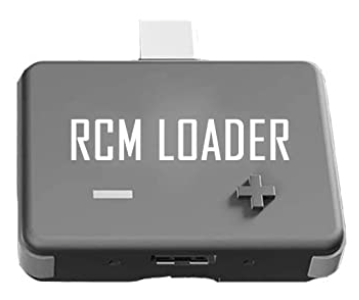 Nintendo’s ongoing battle to prevent people from playing pirated content on Switch consoles is showing no signs of slowing down.

Its main targets thus far have been distributors and sellers of products offered by the infamous Team-Xecutor but a new lawsuit filed in the United States yesterday targets a seller of another jailbreak-style device.

As detailed in a number of earlier and similar lawsuits, Nintendo is determined to take action against any product that undermines the security features baked into consoles such as the Switch. These features are designed to prevent unauthorized access to the console and its games with the aim of preventing people from playing pirated content.

According to the latest lawsuit, a defendant identified as Le Hoang Minh, who on Amazon does business under the name ‘Winmart’, sold a device known as RCM Loader. The dongle/device, which operates via a USB-C connector, is marketed as a plug-and-play solution for injecting payload files that allow booting into custom firmware (CFW), including Team-Xecutor’s SX OS.

“Once this circumvention has occurred, the unauthorized CFW modifies the authorized Nintendo Switch operating system, thereby allowing users to obtain and play virtually any pirated game made for the Nintendo Switch. All of this happens without authorization or compensation to Nintendo or to any authorized game publishers,” the company’s complaint reads.

Another feature of the system criticized by Nintendo is the ability for owners of legal copies of games to copy and share those games with others who are also using unauthorized custom firmware. Nintendo says it has been working hard to reduce the availability of SX OS and similar custom firmware but due to the trafficking of devices like RCM Loader, that battle continues.

According to the lawsuit, Vietnam-resident Le Hoang Minh, sold RCM Loader devices on Amazon so, to counter this distribution, Nintendo filed a DMCA takedown notice on October 21, 2020, citing 17 U.S.C. § 512(c) and requesting that the listing be removed.

While Amazon did take the listing down, the removal was only temporary.

This short-lived takedown was due to the seller submitting a DMCA counter-notice to Amazon on November 4, 2020, under 17 U.S.C. § 512(g)(3), claiming that the listing was non-infringing and had been taken down in error.

Attempting to cover most available defenses, relevant or not, the counter-notice from Le Hoang Minh is comprehensive if nothing else.

In addition to claiming that the devices are not copyrighted and are therefore in the public domain, the Amazon seller advised the platform that Nintendo’s claim is faulty due to the company failing to provide any copyright registration information in its takedown notice.

“The complainant does not hold the copyright to the material in question, is not the designated representative of the copyright holder, and therefore lacks standing to assert that my use of the material is a violation of any of the owner’s rights,” it added.

In addition to a laundry list of alleged technical failings in Nintendo’s takedown notice, Amazon was advised by the defendant that the use of “the material” was legally protected “because it falls within the ‘fair use’ provision of the copyright regulations” and if Nintendo disagrees with that assertion, it “must” work with the seller to solve the dispute.

“This communication to you is a DMCA counter notification letter as defined in 17 USC 512(g)(3). I declare, under penalty of perjury, that I have a good faith belief that the complaint of copyright violation is based on mistaken information, misidentification of the material in question, or deliberate misreading of the law,” the counter-notice reads.

Importantly, the declaration adds that Le Hoang Minh submits to the jurisdiction of any appropriate US district court in case of a legal dispute with Nintendo.

The lawsuit filed yesterday is a clear indication that Nintendo believes it has the law on its side, in respect of the illegal nature of RCM Loader and the validity of the DMCA counter-notice that attempted to reinstate the listing.

“Defendant manufactures, imports, offers to the public, provides, and otherwise traffics in a circumvention device and software that circumvents the technological measures on the Nintendo Switch — specifically, the RCM Loader,” the company states.

“On information and belief, the only purpose of Defendant’s circumvention device is to circumvent Nintendo’s technological protection measures.”

Demanding maximum statutory damages for each violation of the relevant sections of the DMCA, Nintendo also demands a permanent injunction preventing the defendant from offering to the public or otherwise trafficking in circumvention devices in the future.

On top, Nintendo is demanding relief for the defendant’s alleged abuse of the DMCA counter-notification system by misrepresenting material facts to Amazon, crafted to have the listing restored on the platform, in violation of Nintendo’s rights.

Finally, the gaming giant asks the court to issue an order that will allow for the seizure, impoundment and destruction of all RCM Loader devices in the defendant’s possession, including any related software.

Elon Musk: “Overzealous DMCA Is a Plague On Humanity”