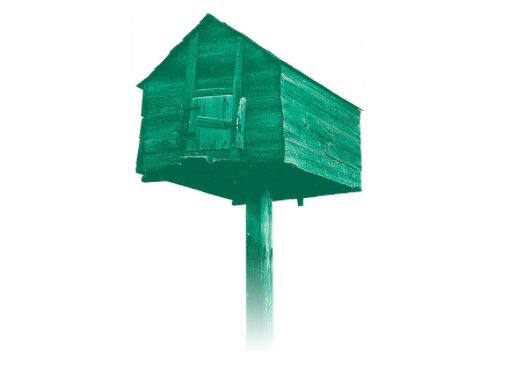 The company offers a proxy for domain name registrars who don’t want their personal details listed in Whois records. As such, it’s effectively operating as a privacy shield.

“Njalla is needed because we’re going the wrong way in society regarding people’s right to be anonymous. With social media pressuring us to be less anonymous and services being centralized, we need alternatives,” Sunde told us at the time.

This approach has attracted thousands of customers who, for various reasons, choose to hide their identities. While these website operators are happy, copyright holders have criticized Njalla for protecting pirate sites.

Copyright Holders are Not Happy

Last fall the RIAA and MPAA reported the company to the US Trade Representative, characterizing it as a notorious market that aids pirate sites.

While Njalla disagrees with this characterization, the company is known for digging its heels in the sand when it comes to legal pressure. Njalla complies with ‘appropriate’ court orders but it has also brushed off several legal complaints and requests, even from the US Government. Recently, however, the pressure became too large for Njalla to ignore.

Over the past week, TorrentFreak noticed that several domain names registered by Njalla had become unavailable. This includes 1337x.is, Flixtor.is, Getpopcorntime.is, and stream2watch.is. The domains were updated to Njalla-owned nameservers and simply stopped resolving.

As it turns out, Njalla took this action in response to legal pressure from Iceland. Local copyright holders went after the .is domain registry (ISNIC), which received several abuse complaints and legal threats over Njalla-registered domains.

Take Action Or Lose All .is Domains

ISNIC then referred the matter to Njalla, urging the company to take action. If not, Iceland’s registry would have the right to suspend Njalla’s NIC-handle, and all domains connected to it.

A Njalla spokesperson informs TorrentFreak the company’s hand was forced, and it saw no other option than to take the domains ‘offline’. If Njalla had decided to ignore the request, all other .is domains under their control would have been at risk. That includes the domains of many other customers.

In an ideal situation, Njalla would fight this type of pressure tooth and nail but in this case, it would’ve done more harm than good.

At the time of writing, all of the affected sites using .is domains have continued doing business under new domains. The operator of Flixtor told us that he is happy with how Njalla handled the matter, as there was clearly no other option.

The only downside for Flixtor is a significant loss of Google traffic. As a result, many users now end up at fake sites, filled with malware and phishing scams.

When we asked ISNIC about the matter, the registry said that it has seen a rise in abuse complaints, which it has to address properly and swiftly.

“An increasing number of what is called ‘abusive domain registrations’ is a real problem/concern for all serious domain name Registries. For us at ISNIC, the integrity of the .is domain as such plays an important role in our day-to-day work,” ISNIC CEO Jens Pétur Jensen says.

ISNIC confirmed that if Njalla had not have taken action, it would’ve suspended the company’s NIC-handle based on Article 12 of the .is domain rules. As mentioned earlier, that would mean that all Njalla-registered .is domains would’ve gone offline.

After talking to various parties it is clear that a lot of legal pressure is being applied in the background. Copyright holders are pressuring ISNIC which in turn has been pressuring Njalla.

Ultimately, copyright holders are trying to find out the identities of those who operate these alleged pirate domains. However, since Njalla is the official owner according to Whois data, ISNIC can’t help with this. Unless they change the rules to prohibit proxy registrations, perhaps.

According to Njalla, there is also an ongoing court case in Iceland to find out who the end-users of these domains are, so it’s likely that we haven’t heard the last of this.