Every year the United States Trade Representative calls out countries, companies and services that step over the line when it comes to copyright enforcement. Year after year the same core players appear and China is one of the countries regularly subjected to criticism.

Chinese companies such as Baidu have been fixtures in the USTR’s reporting for many years, but changes to its operations in 2011 meant that it was able to stay off the list, although at home it is still the subject of various legal clashes. Now, just two months after the USTR published its 2013 Out-of-Cycle Review of Notorious Markets, another Chinese company is hoping to please both local and US interests by ditching its pirate reputation.

In its last publication, sandwiched between KickassTorrents and MP3Skull, the USTR called out a site called Kuaibo. The company behind that site is the Shenzhen QVOD Technology Co. It’s the creator of QVOD, a technology originally designed to enable small and medium sized business to distribute their content online using BitTorrent, P2P, and streaming technology.

With an estimated userbase of 25 million (100 million on its mobile app) the company’s player software is undoubtedly popular. However, many of its users are now using QVOD to share unauthorized content via what appears to be a Popcorn Time-style P2P streaming feature. 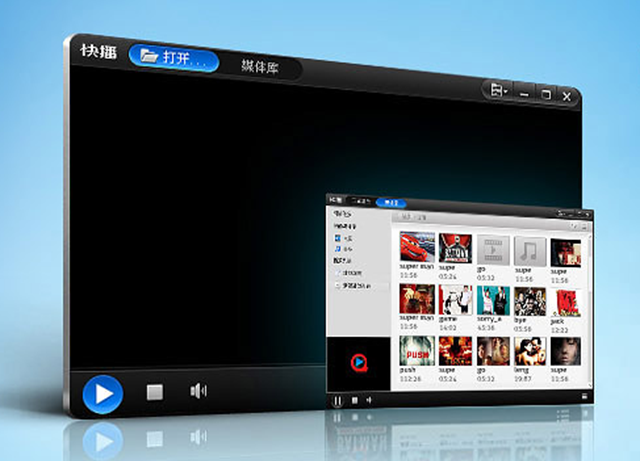 “QVOD has become a leading facilitator of wide-scale distribution of copyright-infringing content and of other content considered illicit in China,” the USTR wrote, referring to pirate movies/music and pornography.

However, in an announcement this week, Shenzhen QVOD Technology Co reported that it had taken steps to stop the unlawful distribution of both copyright-infringing and adult content via its software. All illegal content will be blocked and the company will move to a commercial and fully-licensed footing.

“From now on, the previous ‘fast play mode’ [of QVOD’s Nora Player) will come to an end,” a company spokesman said. “Nora is willing to work with counterparts to jointly promote the development of the genuine video industry.”

The motivation for “going legal” appears to be financial. Analysts quoted in Chinese media say that its become increasingly difficult for QVOD to get advertisers who are happy for their brands to appear alongside infringing content. Since the company is pledging to spend more than $16m on licenses it needs money quickly, but whether its millions of pirates are ready to spend is far from clear.