In November 2019, the US federal government shut down IPTV services operated by Bill Omar Carrasquillo, aka ‘Omi in a Hellcat’.

IRS and FBI agents seized “at least” $5.2m from his bank accounts along with a fleet of supercars. The US government says that Carrasquillo’s platforms redistributed Comcast, Verizon, Spectrum, DirecTV and Frontier Communications broadcasts, reportedly earning Carrasquillo a cool $34 million.

Earlier this year, Carrasquillo announced he would plead guilty, presumably in the hope of receiving a lighter sentence than the 514 years in prison suggested in the government’s indictment.

There have been no public developments on that front but Carrasquillo now faces new problems relating to a spin-off business.

Carrasquillo operated several IPTV services, variously branded Reboot, Gears TV, Reloaded and Gears Reloaded but with those no longer in operation, he needed to make money in other ways.

The YouTuber was already considering the apparel/merchandising business and has since used his already well-known ‘Reloaded’ IPTV brand to sell a range of clothing and sneakers through ReloadedMerch.com. 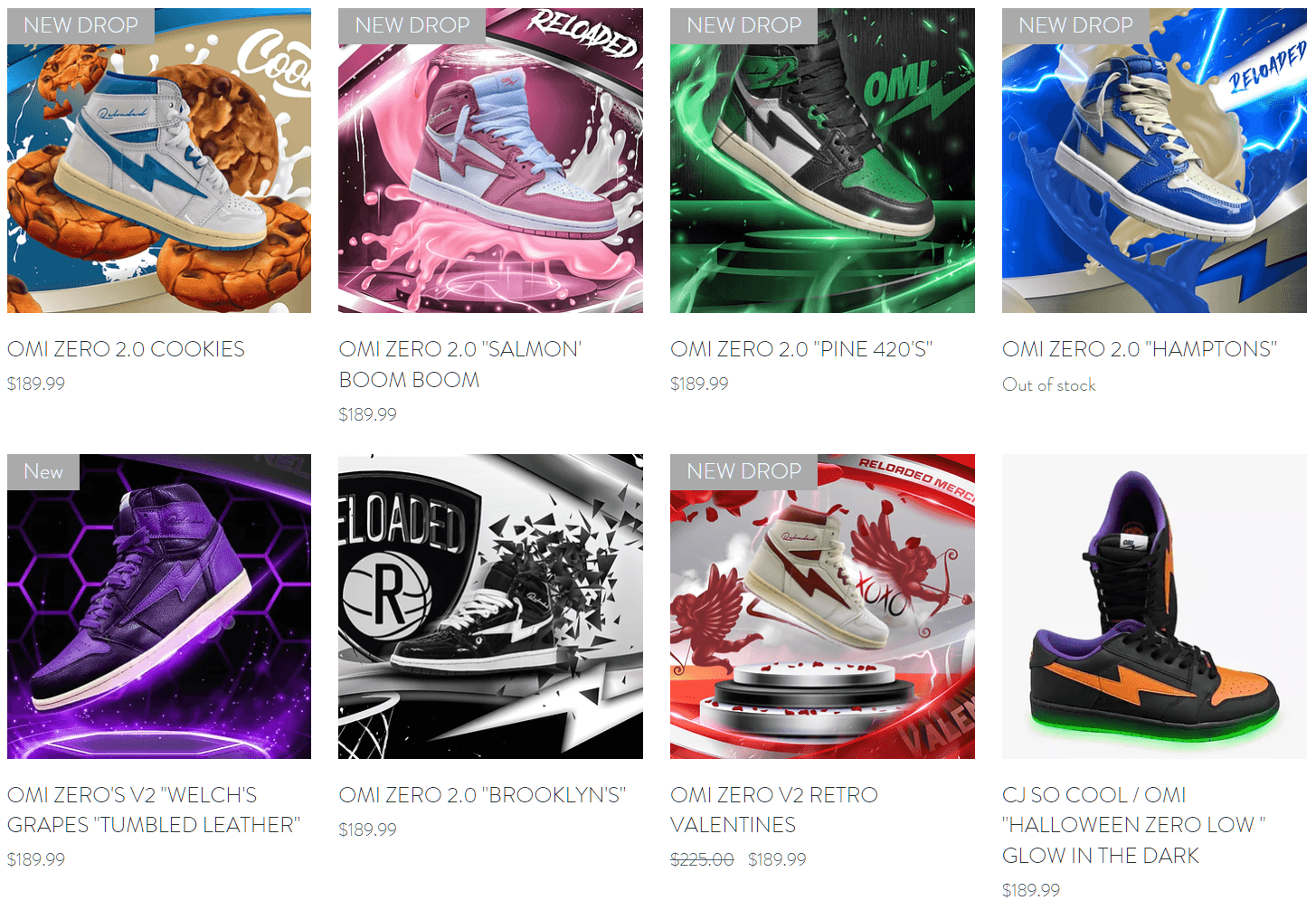 While Carrasquillo wisely avoided promoting his ‘Gears’ branding (ripped-off from Epic Games’ Gears of War), the decision to go with Reloaded has now resulted in yet another lawsuit.

In a complaint filed this month in an Indiana court, clothing and apparel company NuStar Enterprises LLC states that since September 2016, it has continually used the ‘Reloaded’ trademark in commerce.

“NuStar’s clothing and apparel products, including its RELOADED® line of merchandise, are available for retail purchase in brick-and-mortar stores, and were also marketed, distributed, and sold through NuStar’s ‘Reloaded’ storefront on Amazon.com,” the complaint reads.

“To protect its rights in the RELOADED trademark NuStar obtained and owns U.S. Trademark Registration No. 6,376,399 in International Trademark Class 025 for the mark RELOADED in connection with ‘clothing and apparel, namely, shirts, jackets, pants, hats, belts, scarves, gloves, socks, underwear, swimwear, and wristbands.’ The RELOADED® trademark was registered on June 8, 2021.”

NuStar Tried to Negotiate With Carrasquillo

According to the complaint, NuStar learned that Carrasquillo intended to launch an apparel business under the ‘Reloaded’ brand in July 2019. In response, NuStar says it informed Carrasquillo via his agent that NuStar has rights in that name so the parties entered into a negotiation.

“Over the following months Mr. Carrasquillo’s agent sought to work out a licensing arrangement with NuStar. These efforts fell apart in late 2019, on information and belief, due to Mr. Carrasquillo’s legal and financial troubles,” NuStar says.

The complaint says that Carrasquillo formed Reloaded Merch LLC in November 2020 to sell ‘Reloaded’ products under “an identical mark” NuStar claims to own. Due to the “Omi in a Hellcat” persona, the market became so saturated with Reloaded products that the trademark is now associated with Carrasquillo, not NuStar. That has reportedly caused problems.

NuStar Received a Violation From Amazon

According to the lawsuit, NuStar sold its products on Amazon but when some Amazon customers saw the company’s ‘Reloaded’ footwear products, they complained to the online marketplace that they “were not made by “Omi in a Hellcat.” In response, Amazon hit NuStar with a violation.

“As a result of this undeserved violation, Plaintiff’s RELOADED® footwear products were removed from Amazon, the largest retail e-commerce site in the world, at great reputational and financial damage to Plaintiff,” NuStar notes.

Due to the alleged damage to its business interests, NuStar seeks judgments that its trademark has been infringed and Carrasquillo’s use of the ‘Reloaded’ mark amounts to unfair competition. The company also demands an injunction to prevent further use of the ‘Reloaded’ mark where that “would create a likelihood of confusion, mistake or deception.”

NuStar also wants an order compelling Carrasquillo to “deliver up and destroy” any material bearing the infringing designation plus damages related to infringement and unfair competition. The company also demands all profits generated by Carrasquillo and Reloaded Merch LLC times three, as per 15 U.S. Code § 1117.