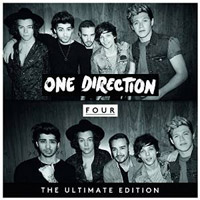 In advance of the release of their latest album ‘Four’, One Direction invited remixers and producers from the UK to remix their track Steal My Girl.

“This is a huge opportunity to work with the music and vocals of Harry, Niall, Louis, Liam and Zayn,” said artist network TalentHouse in its introduction.

“After getting involved in remixing himself, Liam Payne wanted to give other people the opportunity. He, and their guest judges including senior A&R and Radio executives from Sony Music, will select one artist to receive a prize of £1,500. The selected remix will be posted to millions of music fans across the band’s official channels and potentially played on radio as an exclusive premiere,” TalentHouse continued.

The competition attracted the attention of UK-based producer and songwriter Lee Adams who took on the remix challenge after using the track stems uploaded to Soundcloud by TalentHouse themselves. Things didn’t go to plan, however.

Even though the stems were put on Soundcloud and entrants were told to upload their remixes there [“Artists must submit their remix via Talenthouse by pasting in their SoundCloud link”], the automated anti-piracy engines of the music site apparently weren’t informed.

“I made my remix, put it on Soundcloud about a week before the contest closing date. About two days later, it was taken down as it had been detected by SoundCloud’s own copyright system as infringement,” Lee informs TorrentFreak.

According to several other complaints left on the competition’s official page, Lee wasn’t the only one affected either. It’s not clear what happened in the other cases but Lee was left to negotiate with SoundCloud over the strike on his account. That didn’t go well either.

“I messaged SoundCloud back saying it was part of a remix contest. Then they told me that doesn’t mean I own the copyright,” Lee says.

“I then explained that if the stems had been put out by the record company officially, then they had given permission. They still argued that I didn’t own the copyright.”

“As it was only a couple of days before the contest closed, I emailed TalentHouse themselves to see if they could do anything,” Lee explains.

“They were very good and after a couple of emails SoundCloud reinstated my track. Interestingly, TalentHouse made the comment that ‘this kind of thing happens all the time with SoundCloud’.”

But following months of silence and the ‘infringement’ episode now a fading memory, SoundCloud copyright complaints are again back on the agenda.

“We’ve received a report that your track ‘One Direction – Steal My Girl (Lee Adams Remix)’ contains copyrighted content. As a result, your track has been removed from your profile for the time being,” SoundCloud informed Lee this week.

Having a second complaint filed against his remix upset Lee, who took to Twitter to vent his frustration.

“I only remix a song if I am asked to or a public contest is put out officially by a label. If I had just remixed this song unofficially because I wanted to, I think that would be a good claim that I had infringed the copyright,” Lee explains.

It must be noted that the competition rules make it clear that “all rights in materials that are created by entrants using the stems are assigned to Sony Music” but filing copyright infringement complaints against remix competition entrants seems like a particularly poor way to deal with fans.

“To me this is just a poor decision by Sony, maybe they shouldn’t do remix competitions of their artists if they don’t want problems like this. To me it’s a good marketing decision to do a remix competition in the first place but everything that has gone on after has been poor,” Lee concludes.

Finally, it’s worth noting that the original One Direction stems uploaded for the competition are still being offered on SoundCloud for people to remix. However, those tempted to do so should be warned, since re-uploading finished tracks back to SoundCloud risks a potential infringement strike against their account.