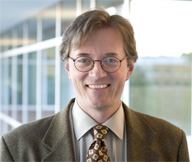 As the largest user-generated content site, YouTube employs ContentID, a system that scans uploads and compares them to a list of works in its databases. If a match is found YouTube can take a variety of actions, from disabling the upload entirely to allowing third-party rightsholders to monetize the content.

Sadly, the system is not foolproof, especially when it is fed false data. Only recently a user was hit with bogus claims from a digital distributor after they wrongly claimed monetization rights over a public domain JFK speech.

Yesterday the scattergun approach to claiming rights on content people simply don’t own hit an inappropriate target, to say the least.

After creating a video recently, Tiemann decided to set it to music. Quite appropriately he headed off to ccMixter, a site which originated as a Creative Commons site a decade ago and one which provides samples, remixes and a cappella tracks under Creative Commons licenses.

Tiemann selected Sunray, a track available under a CC-BY-NC 3.0 Creative Commons license, married it to his video and uploaded it to YouTube. Things didn’t go well.

Straight after the upload a user called “RouteNote” claimed copyright ownership over Tiemann’s video. He filed an immediate dispute and RouteNote promptly dropped the claim. But then things started to get silly.

“I posted new versions of the video that were shorter, but using the same music, and lo, I received several more claims from routenote (and others!),” Tiemann explains.

“I disputed those, which routenote initially released. But here’s where things are broken: less than a day after they released the claim, they filed a new claim, against the same song, in the same video.”

So who are RouteNote? The YouTube user account is linked to a network of 53 channels totaling 21,717,873 views. It links to RouteNote.com, a company offering digital distribution services.

“RouteNote is the leading digital music distributor in the UK” the company claims.

TorrentFreak contacted RouteNote to find out why they’re plaguing Tiemann, but at the time of publication we’ve received no response. But for the Red Hat Open Source chief, however, the nightmare continues.

Making matters worse, AdRev, a company that claims to be “the leading ContentID and Network partner on YouTube”, has also claimed copyright over Tiemann’s upload. But while RouteNote initially dropped their claims, AdRev have not.

“Another entity, AdRev, has rejected my dispute, despite me providing the URL to my source material,” Tiemann explains.

For AdRev, complaints about their copyright claims are nothing new. Their Twitter account is littered with questions about why they are monetizing other people’s content or having strikes placed on their YouTube accounts. In this instance a problem took more than a month to sort out.

Since AdRev rejected his dispute Tiemann now needs to appeal, but as this exchange shows, the company is not initially responsive.

Add the risk of getting a YouTube account strike if it all goes bad, Tiemann wonders what effect this is having on creators.

“So now I need to file an appeal, which puts my account at risk of a copyright strike. How many others have abandoned the fight at this point? How many Creative Commons artists are seeing their works abandoned because of this bad behavior on the YouTube frontier?”

While alleged infringers are quick to be punished by the YouTube system, there is no come back on those making the erroneous complaints. This is something that YouTube definitely needs to address.

“Banks got into a lot of trouble for robo-signing mortgages. I think that all this robo-enforcement of copyright is going to end badly for everybody, too,” Tiemann concludes.