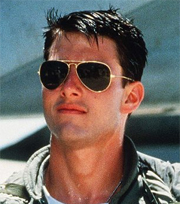 Back in 1986 the movie Top Gun was nearing the pinnacle of cool.

With the Navy’s elite fighter weapons school as a backdrop, the perfect smile of Tom Cruise to charm the beautiful Kelly McGillis, and the bleached flattop of Val Kilmer to wow the masses, the flick ticked all the 80s boxes. Throw in Kenny Loggins’ ‘Danger Zone’ and to those born in the 70s it didn’t get much better than this.

Nearly three decades on and to ensure that a whole new generation is exposed to Tony Scott’s masterpiece, for the last month Twitter account @555uhz has been tweeting Top Gun to the world, but with a twist. The movie, which runs to 110 mins in regular format, is being relayed frame-by-frame in the JPG format, a feat that could take months to complete. 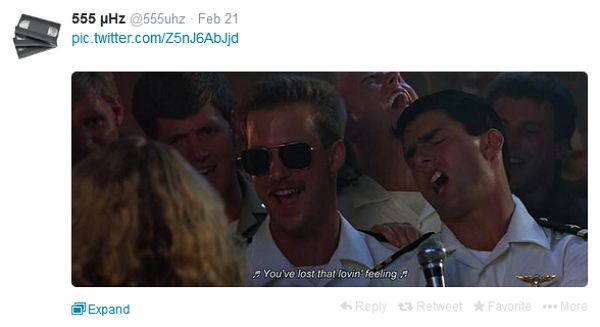 At the time of writing the account has pushed out 1,525 tweets to the delight of nearly 6,900 followers. But as they ponder where best to invest in a pair of much-needed Aviator shades, the whole 80s nostalgia trip could already be on the verge of extinction.

Even though modern movies fly at dozens of frames per second and this reenactment is struggling to get off the ground with a couple every hour, it seems that the lawyers in Hollywood have decided this Twitter account is an existential threat to their near 30-year-old Top Gun revenue machine. 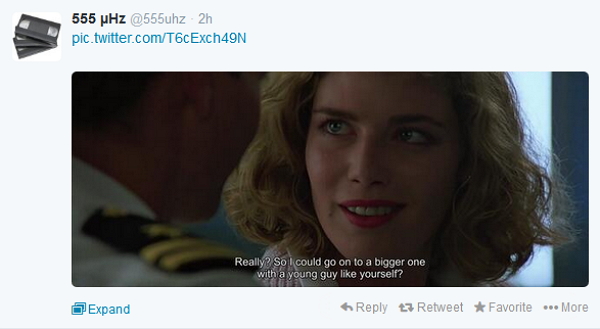 Sometime in the past few days, exactly when is unclear, Paramount Pictures sent a lone MiG 28 on a dangerous mission to end the rampant copyright infringement being carried out by @555uhz. The plane, flown by a pilot from the Kilpatrick Townsend & Stockton LLP lawfirm, dropped a single but potentially devastating DMCA notice on Twitter in San Francisco. It contained a chilling message.

“We are writing to you on behalf of our client, Paramount Pictures Corporation (‘Paramount’). Paramount is the owner of copyright and other intellectual property rights in and to the ‘Top Gun’ motion picture (hereinafter referred to as ‘Top Gun’). No one is authorized to copy, reproduce, distribute, or otherwise use Top Gun without the express written permission of Paramount,” the notice warned.

“Notwithstanding this, it has come to our attention that a user of your website, @555uhz, is distributing the Top Gun film, frame by frame, via your website. The following URLs are some examples from the user’s Twitter account, with additional frames being uploaded continuously.”

What followed was a list of URLs, each representing a slow but steady destruction of Paramount’s near thirty-year-old Top Gun business model.

“Paramount has the good faith belief that the use of the material in the manner complained of is not authorized by Paramount, its agent or the law. We request that you immediately remove all the Top Gun images from this website relating to the @555uhz user account,” the law firm concludes in tones that can only be described as Cold War-esque.

However, it appears that Twitter hasn’t been fazed by Paramount. The notice, which just appeared on Chilling Effects, has clearly been already processed by Twitter yet none of the tweets listed in the notice have been removed. Claim dismissed. 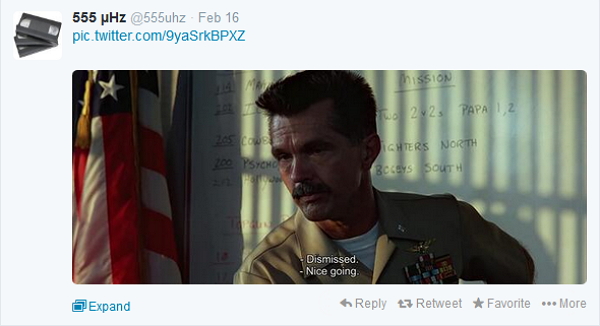 More tweets are going up every few minutes too, meaning that thus far Twitter hasn’t bowed to Paramount’s request to remove all images from the account either. This could mean that there will be dozens of new complaints and an entire squadron of MiGs heading for Twitter in the future.

Maverick, your country needs you. Again.