Ever since its introduction, French three-strikes law “Hadopi” has been a steady topic of controversy. When the French agency tasked with handling file-sharers’ copyright violations launched for example, its own logo was found to be infringing.

This week, another chapter was added to the list when Paris city employees censored the work of a prominent street artist. While the Hadopi office was not directly involved, the censored pieces of art are a protest against the much criticized law.

In an attempt to “clean up” the streets of Paris’ 13th district, city workers were ordered to remove political statements from art displayed on public walls. Among the targets were several creations by Finnish artist Sampsa, who painted dozens of anti-Hadopi statements across the city.

Below is one of the works, which displayed the text “The Blood Sucking Hadopi” alongside a kid being chased by a giant mosquito. 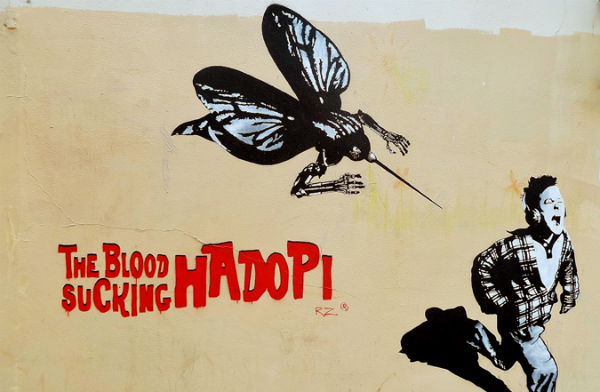 The city workers decided that the text went too far and removed it in its entirety. The rest of the mutilated painting remains in place, although its original message has been completely lost.

The cleaned up version (via) 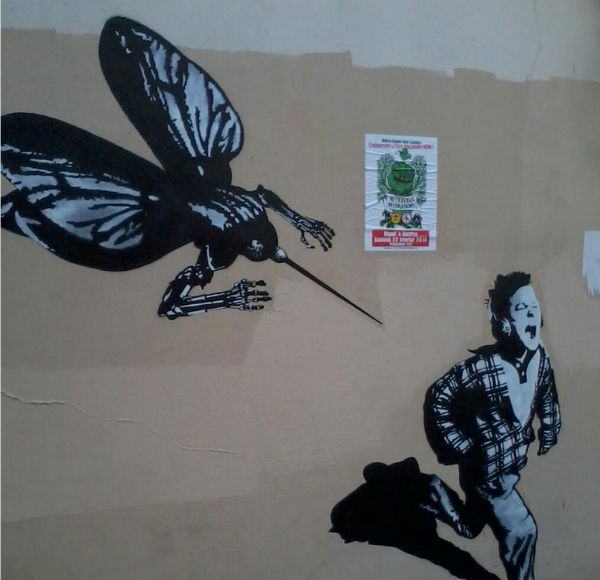 The irony of the city’s actions is that it has censored an artist who has spoken out against a law that is supposed to protect artists. Needless to say, the move was heavily criticized by many members of the public.

TF talked to Sampsa who is disappointed that his work was destroyed, but is also glad for the public support he’s received.

“Creating street art is simply a tool for activism. I am glad people in France are upset about what happened in Butte aux Cailles – it shows at least someone is paying attention to certain lines that shouldn’t be crossed.”

For Sampsa this is not the first time that his work has been censored. 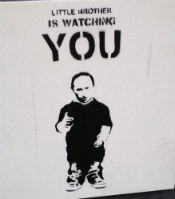 The same happened last December when one of his pieces was supposed to go on display at the Museum of Modern Art and Design in Omsk, Siberia.

Sampsa’s painting featured Putin as a dwarf with the text “Little Brother is watching you,” a message the United Russia Party took offense to.

Despite the setbacks Sampsa is not going to stop, on the contrary in fact. The French three-strikes law is about to be transformed into system where alleged file-sharers will receive automatic fines, something the artists is heavily protesting against.

“Now it is time to slide the conversation over to the next version of Hadopi that will almost certainly have a negative effect on the youth,” Sampsa tells TF.

“File sharing won’t be made extinct by fines, nor by legislation – the French government can waste another few million euros on Lescure and his gang or face the problem head on. Solve file-sharing with direct artist funding. Create a model that the rest of the globe can use,” he adds.

The first piece of new anti-Hadopi work pictured below will hit the streets tonight. And while he’s at it Sampsa may restore some of the works the city “cleaned up” too. 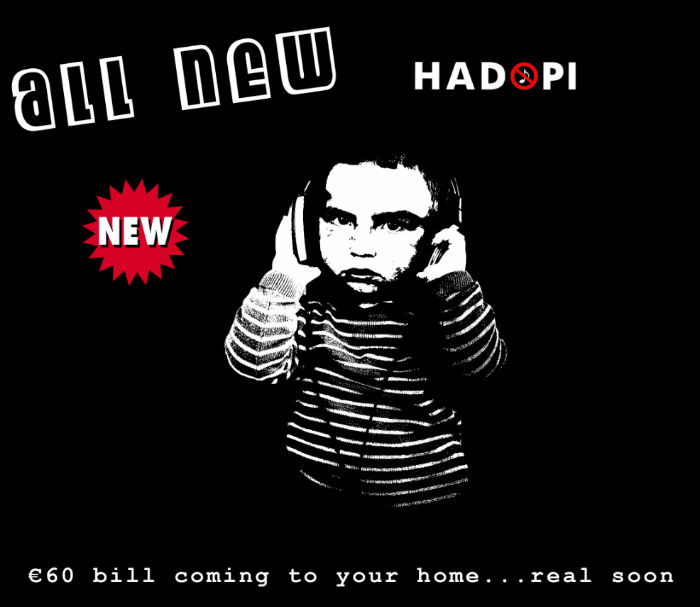