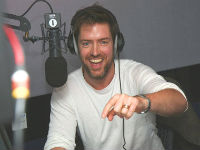 In an attempt to take a stand against the labels, several well known artists including Radiohead formed the Featured Artists Coalition last year, a lobby group that aims to end the extortion-like practices of record labels and allow artists to gain more control over their own work.

Radiohead and others are unhappy with the fact that the labels, represented by lobby groups such as the RIAA and IFPI, are pushing for anti-piracy legislation without consulting the artists they claim to represent. Radiohead, who used BitTorrent to leak one of their songs, went as far as being willing to show up as a witness against the RIAA in court.

In a new MIDEM interview, Radiohead guitarist Ed O’Brien stands up for file-sharers once again, stating that piracy is not killing the music industry in his view.

O’Brien is no stranger when it comes to piracy. “There’s a very strong part of me that feels that peer-to-peer illegal downloading is just a more sophisticated version of what we did in the 80s, which was home taping,” he said, something the music industry strongly discouraged at the time.

“If they really like it, some of them might buy the records,” he said, adding that if they don’t buy the albums they might buy a concert ticket, t-shirt or other merchandising.

“I have a problem about it when people in the industry say ‘it’s killing the industry’, it’s the thing that’s ripping us apart’,” O’Brien said, adding: “I don’t believe it actually is.”

According to O’Brien the music industry is using analogue business models in a digital age. “You’ve got to license out more music, more Spotifys, more websites selling more music. You’ve got to make it slightly cheaper as well to get music in order to compete with the peer-to-peers.”

Radiohead’s guitarist says he’s surprised that the music industry is still struggling with the digital transition, and urges the labels to “move quicker” and get their content out there at a fair price.