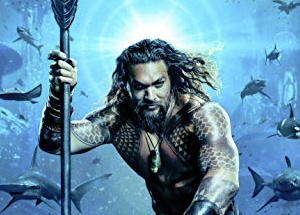 Pirated copies of movies appear online every day in a variety of formats, such as CAM, DVDRip, WEBRip, and Web-DL.

The latter, which usually come from streaming and download services such as Netflix, Amazon, or iTunes, have proven to be a reliable source for pirates over the years.

While most releases are nothing unusual, a 4K Aquaman release that came out this week was received with cheers and surprise among pirate film fanatics.

The title, “Aquaman.2018.2160p.WEB-DL.DDP5.1.HDR.HEVC-MOMA,” suggests that this is a 4K release that was decrypted directly from iTunes. This is something that has never happened before with a 4K WEB-DL.

The pirate release appeared online shortly after it was listed for sale on iTunes, so the timing would fit. Also, there are no 4K releases of the film on either Netflix or Amazon at the moment, meaning that it didn’t come from those services.

The release immediately sparked rumors that iTunes’ 4K protection may have somehow been cracked or breached. If that’s the case, then many more high-quality releases could follow in the future.

“Looks like MOMA managed to somehow decrypt 2160p iTunes,” one commenter noted on a popular torrent site, with another adding that it’s “amazing news because there’s a lot of 4k iTunes-only content out there.”

TorrentFreak reached out to Apple for a comment and more background information but at the time of publication, we have yet to hear back.

While this would be the first ever 4K WEB-DL from iTunes, it’s too soon to jump to conclusions. Some have suggested that the release could somehow be mislabeled.

We can’t rule anything out but since the 4K digital version is not widely available, there are few other possible sources. In addition, the release has been posted by reputable sources who are certainly not known for making stuff up.

There is currently a 4K release available on Vudu but the pirate version was uploaded before it went on sale there. A source who has experience with the matter believes that it most likely comes from iTunes, as advertised. How, exactly, remains a mystery, but there may be a vulnerability in Apple’s tvOS.

“Apple has 4k only on Apple TV running tvOS. I assume they skipped checks, if the device is jailbroken, and someone just dumped the encrypted stream and decrypted it via what’s in memory as keys,” says our source, who prefers to remain anonymous.

If iTunes is indeed breached then Apple will likely do everything in its power to patch the hole as quickly as possible.

“I’m pretty sure Apple will react fast and block it via updates because they don’t have to keep compatibility with any devices like the iTunes desktop version,” our source adds.

Whether that’s the case or not, the release has already created plenty of buzz, and pirates are dreaming of many more 4K iTunes releases like this one.