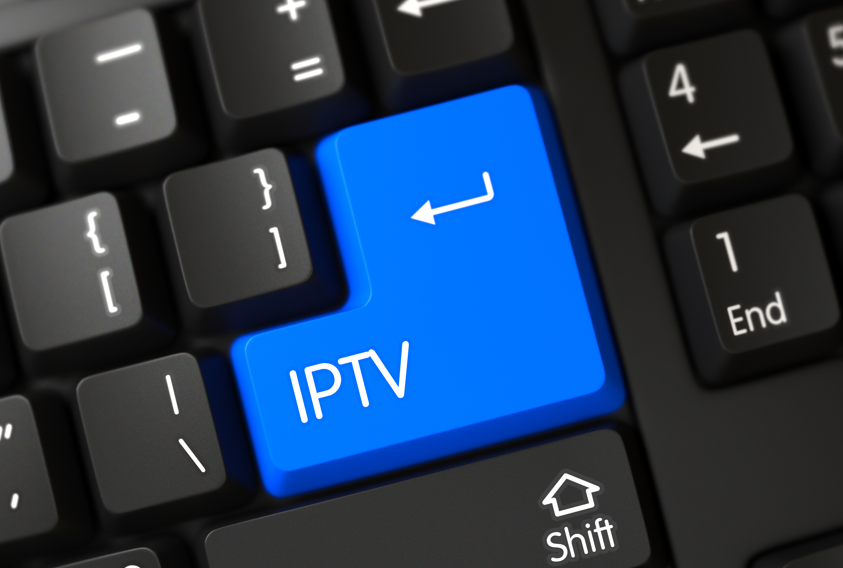 In recent years, many people have canceled their expensive cable subscriptions, opting to use cheaper Internet TV instead.

While there are plenty of legal streaming options available, there’s also a broad offer of IPTV services that are specifically set up to deliver content but without permission from rightsholders.

These high-quality pirate IPTV services are often sold through monthly or yearly subscriptions. Over the years, this business model has transformed into an industry generating serious revenue. According to a new report, income surpassed €1 billion in Europe last year.

The research, commissioned Audiovisual Anti-Piracy Alliance (AAPA), was carried out by the Centre for Intellectual Property, Policy & Management at Bournemouth University. It draws on data from rightsholders as well as the European Audiovisual Observatory, which produced a comparable study three years ago.

The new findings show a slight increase in IPTV service revenue compared to the previous study, from €941.7 million to €1.06 billion. The average spend on illegal IPTV subscriptions is now slightly more than 5 euros per month.

Interestingly, the number of Europeans (27 EU countries + UK) who use pirate IPTV services shows even more growth – 13.7m to 17.1m – an increase of around 25% in three years. 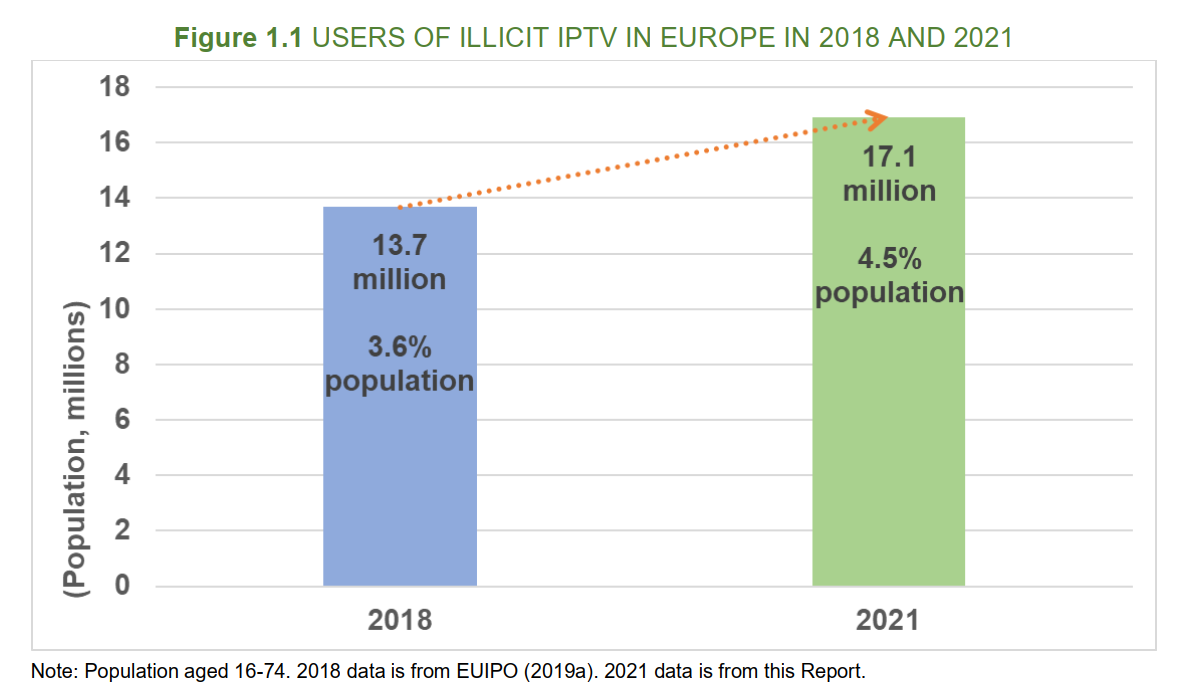 Youth in the Lead

There are large differences in illegal IPTV service use between age cohorts. Most subscribers are younger, and among 16 to 24-year-olds, 11.8% have access to these unauthorized services.

The researchers note that piracy is a bigger draw for the youth as they generally have less money to spend. Younger generations are also more used to streaming content and generally have a more accepting attitude toward piracy.

“[D]ifferences are explained by not only a perception toward IP and piracy but also by other factors such as average income, internet use, and TV viewing habits that differ significantly between age groups.”

The scale of the IPTV problem varies from country to country. The Netherlands and Luxembourg have the highest percentage of pirate IPTV users, with 8.2% and 7.9% respectively. In Romania and Poland, it’s far less common with 0.8% and 1.5%.

In absolute numbers, the UK poses the biggest problem, with well over 3 million pirate IPTV users.

Germany and France are not far behind with 2.5 and 2.4 million users respectively. And while Luxembourg has one of the highest percentages of IPTV pirates, this translates to ‘only’ 37,561 users. 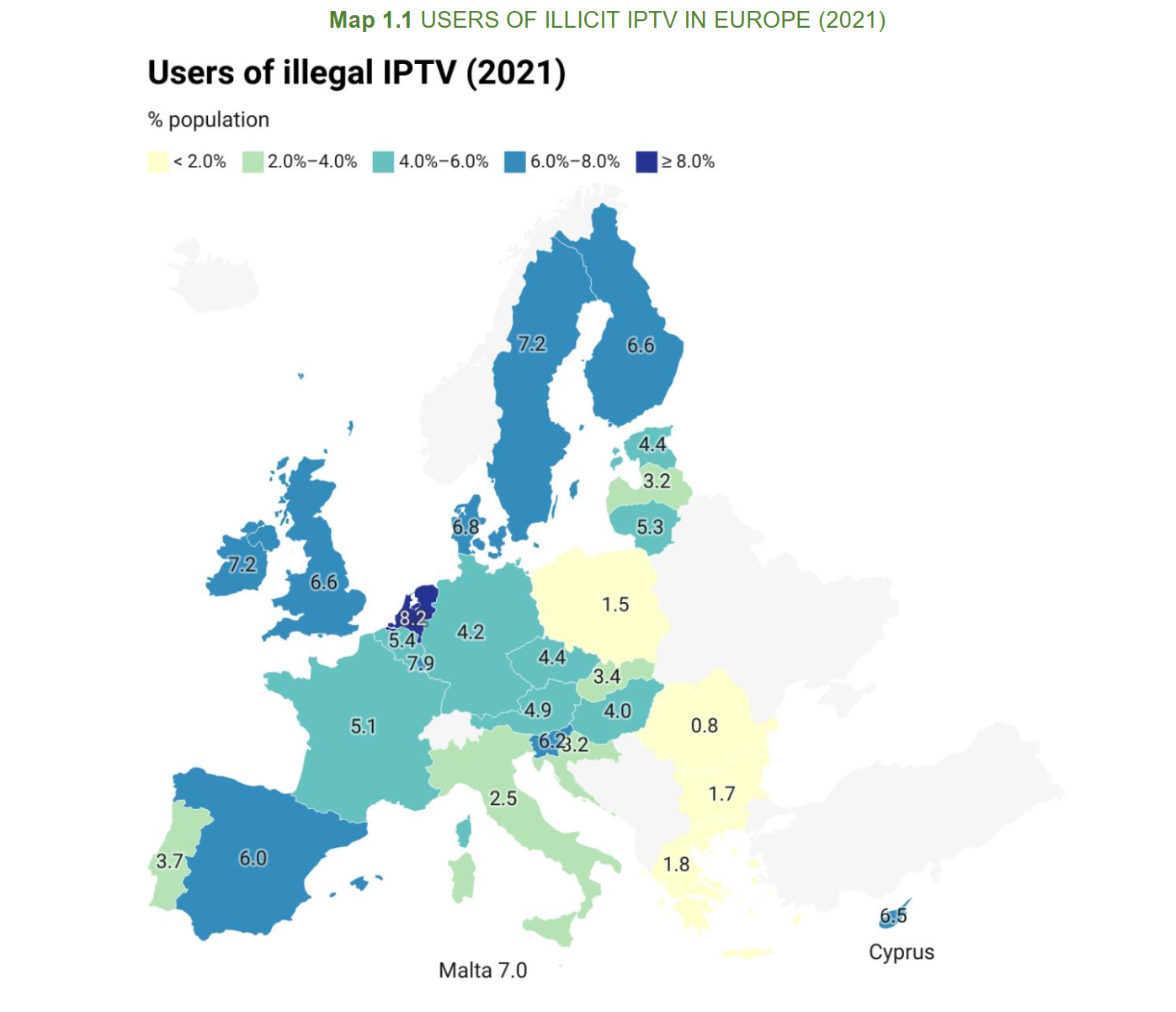 The report adds a new element by estimating the potential revenue that legal IPTV providers are losing due to widespread piracy. The estimate is based on legal subscription prices and the share of users who would be willing to pay for IPTV subscriptions.

This ‘willing to pay’ estimate is based on data supplied by AAPA members. This presumably assumes a fictitious scenario where pirate IPTV alternatives are not available. Based on these numbers the report estimates that legal pay-TV providers incurred a loss of €3.2 billion last year.

This talking point will also be communicated to lawmakers, as AAPA will use the report to lobby for more effective anti-piracy measures in Europe and elsewhere.

“In the face of current challenges, the efforts of AAPA are ever more required to promote efficient and effective legislation and intellectual property rights enforcement. This research acts as an information tool to raise awareness among European citizens, policymakers, law enforcement and the industry,” Cassells notes.