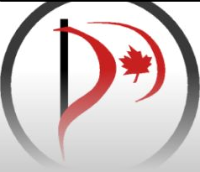 Thus far 2009 has been a great year for the Pirate Party movement. With more than 7 percent of the vote, the Swedish Pirate Party secured a seat in the European Parliament, and the Pirates in Germany entered the local Parliament a few weeks later.

These successes motivated supporters of the party’s ideals in other countries to become active as well. In the UK the Pirate Party was officially registered at the Electoral Commission in August and in other countries local parties are trying to achieve the same.

In Canada the Pirate Party is currently trying to get federal approval, in order to become recognized as an official party and get involved in Canadian politics. “The goal is to gain at least one seat in Parliament,” Pirate Party spokesman Jake Daynes told TorrentFreak.

“As soon as the party is officially registered with Elections Canada, we hope to gain a bit more of the mainstream media’s attention; let Canadians know we are out there and build a community,” Jake added.

Among other things the Canadian Pirates will push for copyright and patent reform, Net Neutrality and freedom of culture, Jake said. A detailed overview of their goals and solutions is available on the party’s website.

Canadians interested in helping the party to get federal approval should fill out the membership form listed on the site and send it in. The Pirates need another 140 paper forms (how old-fashioned) to be sent in to get approval from the authorities, so they can use some help.