When the file-sharing boom started twenty years ago, most ‘sharing’ took place in dedicated applications such as Napster and Limewire.

This software was embraced by millions of people, mostly through word-of-mouth advertising and news reports.

A few years later, when the first torrent sites appeared online, the piracy ecosystem expanded. Some of these sites were private and closed communities but others marketed themselves to the masses. This is where search engines came in handy.

Unlike apps, the content on torrent sites is easy to find through search engines. This also applies to the pirate streaming sites, direct download portals, or link sites that appeared later on.

This discoverability is great for site owners but copyright holders are not pleased. Over the years they have repeatedly asked search engines to ban pirate sites. While that has yet to happen globally, pirate sites have become less and less visible over the years.

Google, for example, actively downranks sites for which it receives a relatively high number of takedown requests. That has hurt pirate site traffic, but this year it seems that things have gotten worse, much worse in fact.

With help from the piracy tracking company MUSO, which also provides data for the EU’s piracy research, we are able to get some more insight into the pirate site traffic from search engines. This is not limited to Google but given its high market share, Google’s traffic is most visible.

Below is a graph of all visits to public torrent, streaming, linking and download sites between December 2019 and November 2020, excluding traffic from search engines. This shows a gradual decline of roughly 10%. 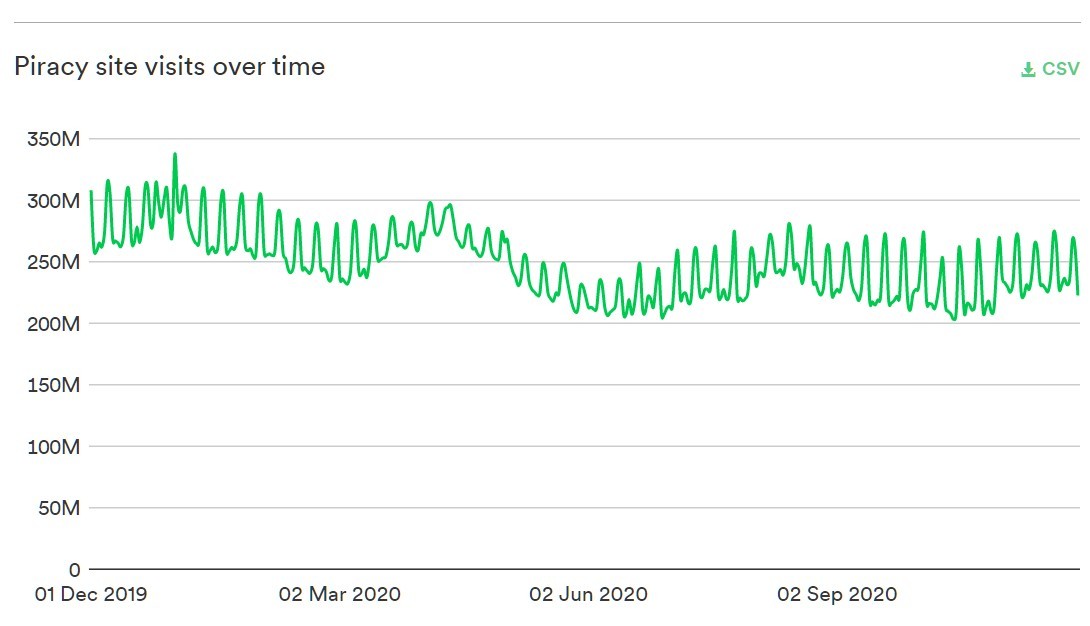 This downward trend is in line with what we’ve seen in previous years. The data also show the temporary March/April coronavirus spike, which we have covered in detail earlier this year.

When we look at the pirate traffic graph that just shows the referrals from search engines, a different picture emerges. As shown below, the overall trend is still down but the effect is much stronger.

From December 2019 to November 2020, search traffic to pirate sites dropped by roughly a third. Not just that, there are some interesting patterns as well. 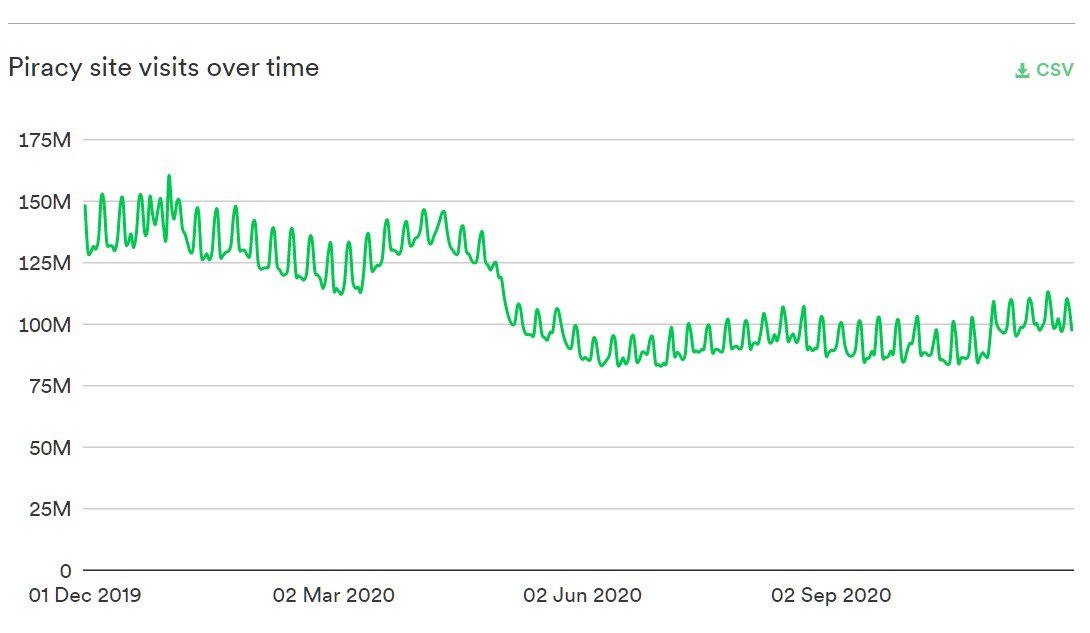 The trend down first started mid-January, with a temporary spike when the coronavirus pandemic hit. This is followed up by another freefall at the start of May, which did the most damage.

These dates don’t appear to be coincidental. In fact, they align with the first two major algorithm updates Google announced last year. The first one started on January 13th and the second one on May 4th.

If we zoom in on May 2020 we see that search traffic to pirate sites dropped more than 20% during that month alone.

While Google hasn’t officially confirmed that algorithm updates targeted pirate sites, the data suggest that there’s a clear link. Especially when one keeps in mind that this also includes search traffic from other search engines. Whether this was intentional is another question, of course.

To confirm our findings we spoke to the operator of one of the largest torrent sites, who prefers to remain anonymous. Without sharing our findings, he reported a 35% decline in Google traffic over the past year, which is in line with MUSO’s data.

A few weeks ago Google rolled out yet another algorithm update but the MUSO data doesn’t cover this period yet. We’ll keep an eye on the overall trend, however, and may follow up on it later.