In today’s ‘click-and-play’ world, almost anyone can launch their own pirate site.

Servers ready to accept self-installing scripts are available in minutes, and for those with no time to source movies and TV shows, there’s no shortage of suppliers ready to sell access to vast libraries in a similar timeframe.

At the other end of the market, cutting costs to maximize slender advertising revenues appears to be more important than a glossy user experience.

In a DMCA subpoena application filed at a California court this week, the MPA (on behalf of anti-piracy group Alliance for Creativity and Entertainment) highlighted the piracy problems faced by companies including Paramount, Sony, Universal, Disney, Warner, Amazon and Netflix.

Seeking the court-ordered cooperation of Cloudflare, MPA/ACE requested information on a number of pirate streaming sites, including the personal details of their operators. As a normal part of the investigation process, this is nothing new for ACE. However, a couple of details do catch the eye as being somewhat out of the ordinary.

Two of the domains listed in the application are TVConnexion.com and TeleBunker.com. When combined the sites offer dozens of live TV channels from companies including Disney, Paramount, Warner Bros. and HBO – a perfect recipe for appearing on the ACE radar. 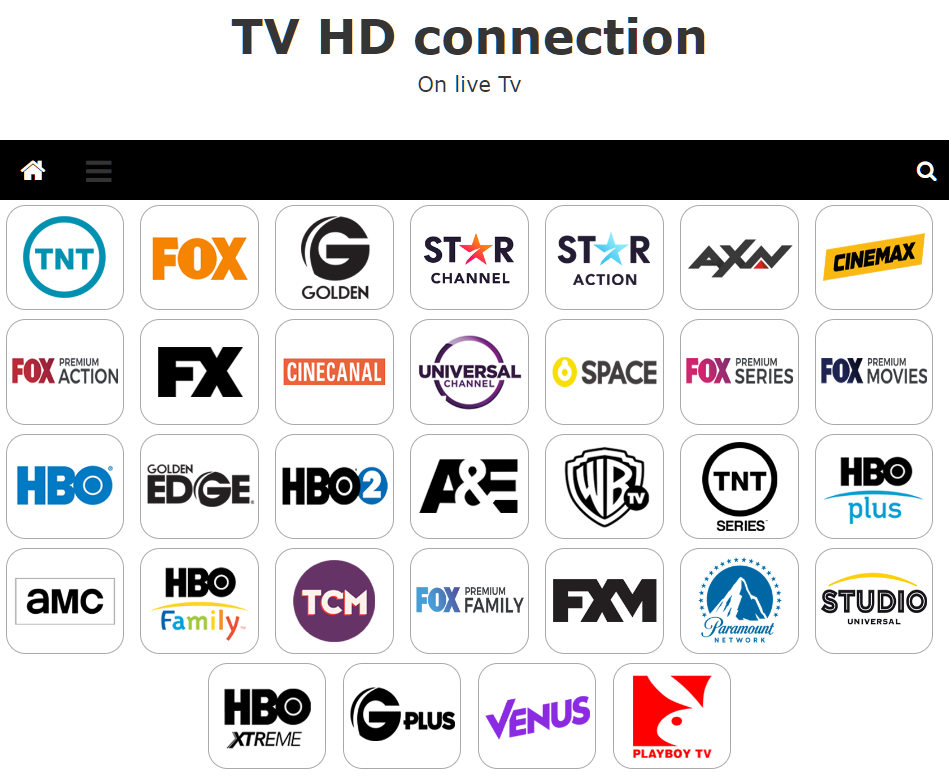 ACE informed the court that the sites offered infringing copies of the movies Suicide Squad and Salt, plus TV shows Gold Rush and Deadliest Catch. The court documents show that the named sites didn’t host any video content since both rely on third-party hosting sites to supply content.

The stream URLs listed in the court documents no longer function but when they did, they linked to video streamed live from Twitch’s servers.

Further investigation suggests that the sites named by ACE rely on what appears to be a dedicated pool of Twitch user accounts set up for the purposes of streaming or restreaming live TV channels. 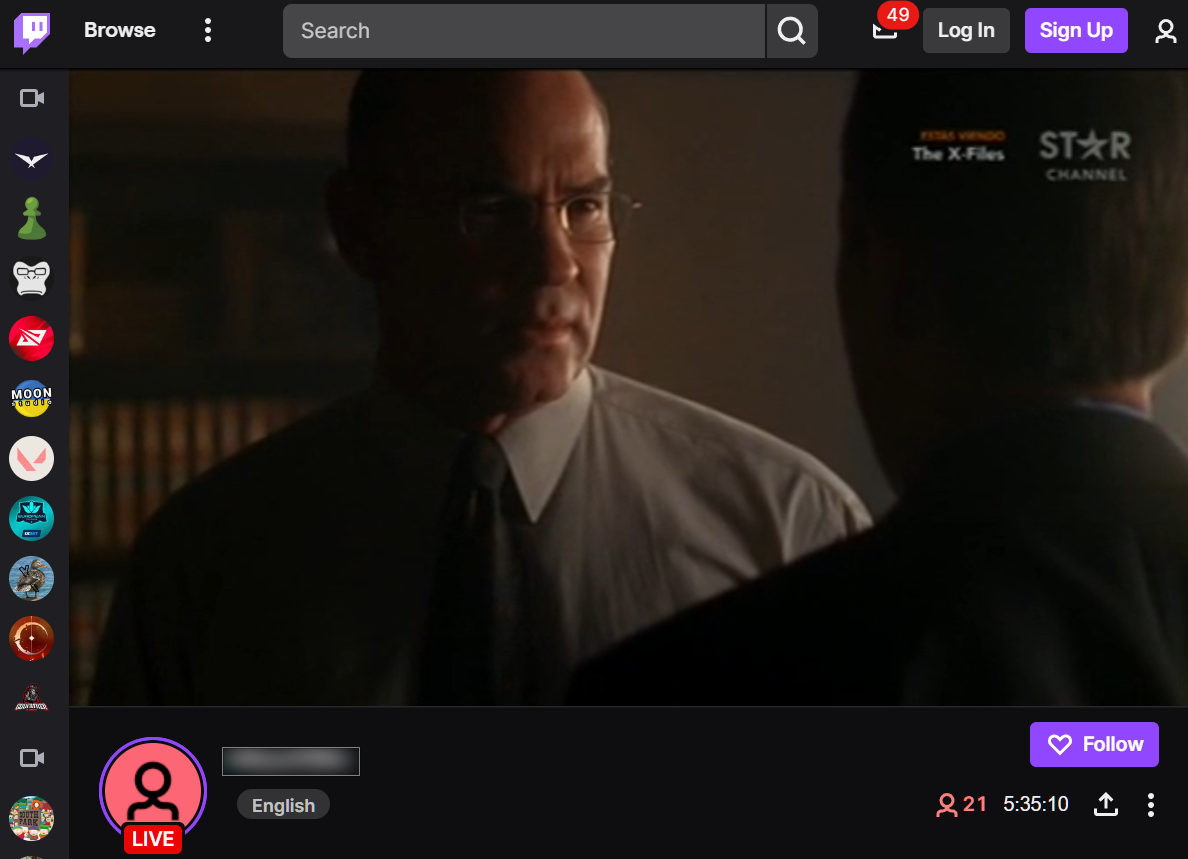 The names of the Twitch user accounts involved aren’t especially important for the purposes of this article, but it’s likely that MPA/ACE’s 100-strong investigating team has them all in a list by now with plenty of supporting evidence.

And since this is Twitch, evidence isn’t hard to find.

While pirate streaming servers certainly have the ability to log who does what and when, it’s extremely unlikely that precision logging is high on the list of priorities. But, as the image below shows, Twitch loves to log information and sites like StreamsCharts are more than happy to present it elegantly. 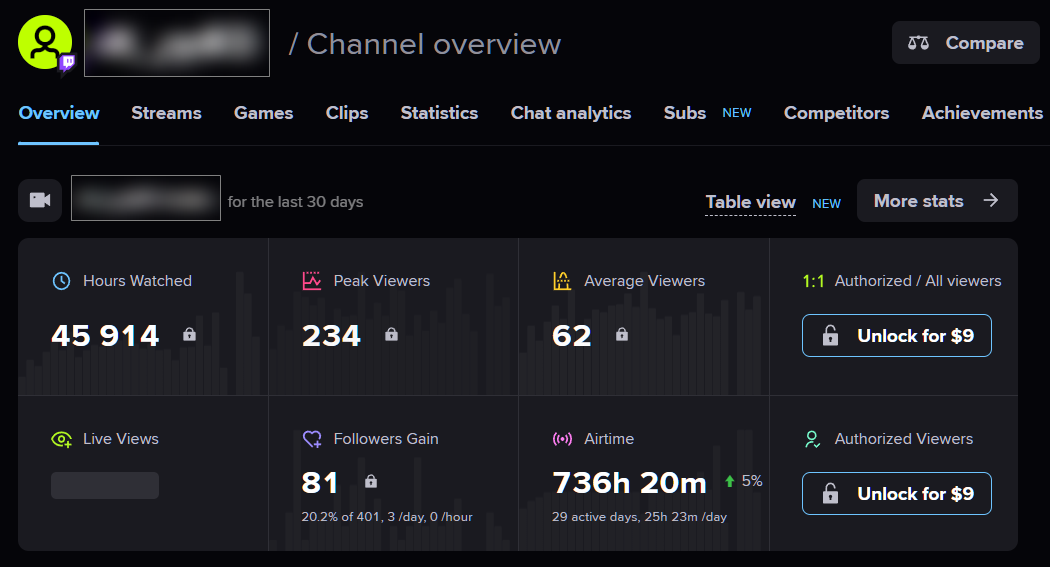 The image above shows the stats of just one of the many accounts being used to stream TV shows to the sites listed in the ACE/MPA subpoena. With this one alone having clocked up almost 46,000 hours of viewing time in just 30 days, overall consumption is likely to be pretty high.

Quite why ACE/MPA haven’t gone after these Twitch accounts rather than the web pages embedding their streams is unknown, but it’s clear that the studios believe the portals are linked. Indeed, evidence of that is in plentiful supply.

In addition to channel sources and analytics accounts, advertising affiliates are shared across multiple domains. Perhaps a bit too early to say but there’s probably more useful information available in the public domain than the fake details Cloudflare probably has in hand.

Other Sites in the Same DMCA Subpoena

Ver-television.online is listed as an infringer of the movies Suicide Squad and Changeling. It’s quite a popular site with around four million visits per month per SimilarWeb stats.

The subpoena application seeks information from Cloudflare relating to the domain operator. The site itself appears to be located on the development platform Replit and offers access to a wide range of live TV channels.

Three similar domains – Cablegratis.online, Cablegratishd.online and Cablegratistv.online – enjoy around 1.5 million visits per month and also get a mention in the subpoena. They are joined by the unusually comprehensive streaming portal Televisiongratisenvivo.com.

One additional domain is mentioned in the subpoena as a backend source for streaming site Teleullenvivo.com but it raises a couple of suspicions so we won’t reproduce it here.

The ACE/MPA subpoena to Cloudflare can be found here (pdf)