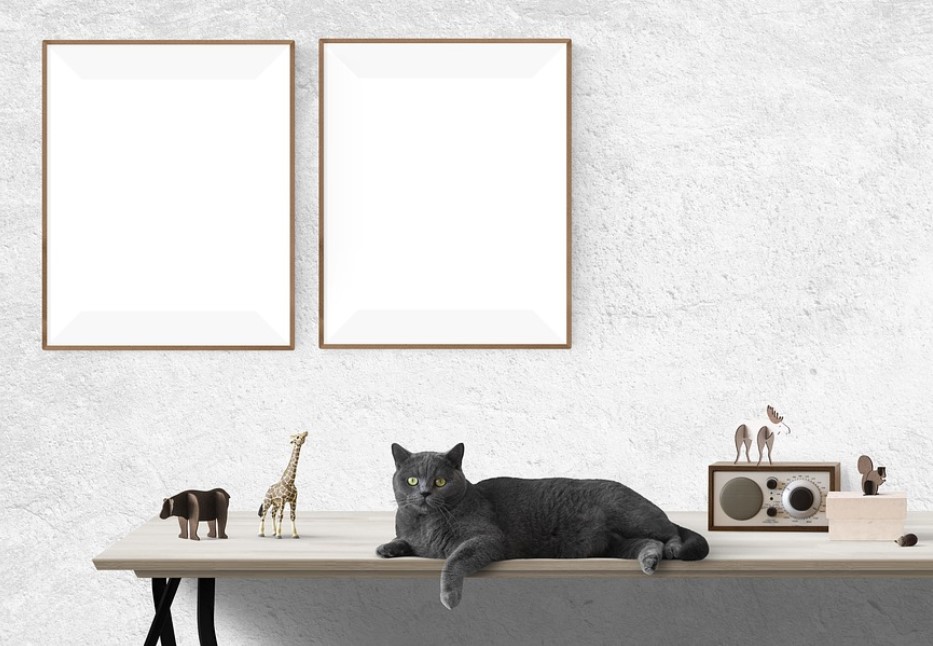 With datacenters in Europe, Asia and the United States, Leaseweb is a big player in the hosting space.

The Dutch company has thousands of customers that come in all shapes and sizes. This includes some that are labeled as pirate sites or otherwise find themselves accused of copyright infringement.

This hasn’t gone unnoticed. Ten years ago it was revealed that Megaupload hosted hundreds of servers at Leaseweb and, at one point, Hollywood even considered taking the company to court. That plan never was never realized but the complaints didn’t disappear either.

A few weeks ago, photographer Barry Rosen took action against the unknown operators of the websites idposter.com, nposter.com and celebposter.com. These sites allegedly sell infringing copies of his copyrighted works as posters and other merchandise.

The complaint, filed at the U.S. District Court for the Central District of California, also added Leaseweb into the mix as the only named defendant. According to the photographer, the hosting company failed to take the sites offline despite receiving many DMCA notices.

It is not uncommon for hosting companies to simply forward DMCA notices to customers, instead of taking customers’ sites offline. However, Rosen believes that Leaseweb should have taken action and is demanding damages that could exceed $5.5 million.

A few days ago the hosting company responded to the complaint. Leaseweb describes the photographer as a prolific litigant who has already filed more than 50 copyright infringement lawsuits. The cloud hosting provider notes that it is the latest target in this “litigation strategy.”

The fact that a rightsholder has filed numerous lawsuits doesn’t say much about the strength of the claim. However, Leaseweb goes on to argue that it’s merely a passive host that doesn’t control what content its subscribers make available.

“Leaseweb Entities do not have control over the content uploaded by their customers, and can only help facilitate removal of infringing content upon reasonable notice from the copyright-holder,” Leaseweb writes. 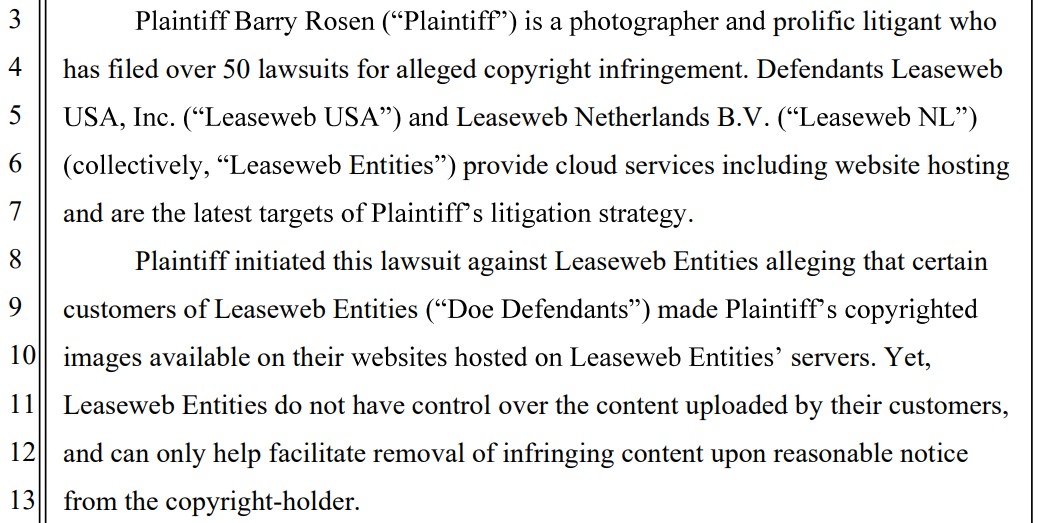 The hosting provider doesn’t go into detail on how it responds to DMCA notices but hosting companies generally don’t remove files hosted by their customers. Instead, they forward the notices so the customer can sort out the issue on their own.

Leaseweb’s filing isn’t meant to challenge the merits of the arguments. Instead, it asks the court to dismiss the lawsuit over a lack of personal jurisdiction, as neither the infringing sites nor the hosting company have substantial connections to California.

“Leaseweb NL is based in Amsterdam, the Netherlands, and it hosts its customers/end users content on servers physically located in the Netherlands. It has no offices, property, assets, officers, or employees in the United States. It does not own or control any bank accounts in California or the U.S. and does not pay taxes here.

The hosting provider does have a US presence in the form of Leaseweb USA Inc, which is based in Delaware. This company also has two data centers in California but none of the allegedly infringing sites were hosted there, the company says.

To establish jurisdiction, the photographer has to show that Leaseweb purposefully directed any activities at California. In addition, it has to be clear that the infringing activities have a connection to California. Neither is the case here, according to Leaseweb.

Interestingly, Leaseweb is open to litigating this case in the Netherlands, but whether the photographer is up for that is doubtful. Before that becomes an issue, however, the court should rule on the motion to dismiss.