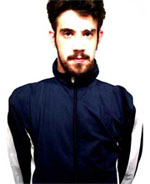 An established, but outraged musician has decided to shun conventional distribution methods by following other recent initiatives (such as Radiohead’s ‘In Rainbows’ promotion) by making his latest album available for free download. It’s available on BitTorrent on sites like The Pirate Bay, with so-called ‘OiNK replacement’ site, What.cd, providing the album on ‘free leech’ to encourage more downloads.

TorrentFreak caught up with Benn Jordan who told us he’s not just disillusioned, he’s ‘outraged’ that iTunes is selling his work without permission and seemingly keeping all the money.

TF: Please tell us a little bit about yourself and your musical journey.

Benn: I’m Benn and I’m 29 years old. I started playing classical guitar when I was about 5, and since then, all I’ve wanted to do with my life was make music. Now 20-some odd years later, I feel lucky to tell you that I make music for a living. I’ve been releasing albums for about 14 years on various indy labels, and in the last 5 years I’ve also been composing for television, film, and ads. Music has allowed me to travel the world, meet thousands of wonderful people, and express myself through my work. It seems impossible to me that I’m on this planet for any other reason than writing music.

My label, on the other hand, doesn’t have a complex or radical plan. Our goal is to simply compensate our artists as much as possible, and that includes utilizing the “digital revolution” to our advantage, instead of punishing our artists by punishing their fans.

TF: Tell us a little about your dealings with labels and ‘the industry’ and why you became disillusioned.

Benn: Luckily, my record contracts were always negotiated well. Once things started moving with small labels I was approached by some larger ones, but there was always some seedy stipulation that prevented me from ever signing.

Still, with a 50/50 contract, I’d be selling 2,000 albums and would get $250 for it somehow. Many people that i’d meet at my shows would say that they bought my music on iTunes, yet I’ve never signed any sort of agreement allowing iTunes to host my music, and I’ve certainly never seen a dime of money for my albums hosted there.
So I started investigating the numbers from the label, which led me to some shocking revelations about how little the artist and label was getting in comparison to the retailers. When I got around to asking about iTunes, the owner of Sublight Records pleaded with me to “leave it be”. Everyone else made an extraordinary effort to ignore my calls and emails.

When I finally got a hold of the digital distributor (I must note that “digital distributor” is the most pathetic job title I’ve ever heard), I was told that once the files are in the iTunes system, it literally couldn’t be removed or taken down for a year. So, either Apple has created a self-aware doomsday machine that cannot be stopped or reasoned with, or everyone involved is just enjoying the gravy train of ripping off artists like myself and using Apple’s backbone of attorneys as an intimidation factor.

Even after having a lawyer working for me on this matter, this is the one and only response we’ve EVER been able to get from Apple:

Dear Benn,
I understand that you are writing to the iTunes Store because you are upset about finding your own album “The Flashlight” and some of your other album as well on the iTunes Store, and that you feel that you are owned
royalties for this music that his being purchased. I am sorry that you have to found this upsetting. My name is Wendy, and I would be happy to link you to right people to talk to about this issue

So, who’s the pirate I should go after? A kid who downloads my album because it isn’t available in non-DRM format and costs $30 on Amazon? Or a huge multi-billion dollar corporation that has been selling thousands of dollars worth of my music and not even acknowledging it?

I’m not disillusioned, I’m outraged, and anyone who ever spent a dime on buying music through these distribution methods should be outraged too. Here we are pleading with people to not steal music, and then we hand them dog shit when they go out of their way to buy it.

TF: You were a member of OiNK. Could you tell us a bit about your time there and how you used the site?

Benn: OiNK was an amazing network. As an avid-collector of ultra-rare old jazz records, I’ll tell you right now that it was the most complete and diverse library of music the world has ever seen. I filled some requests by uploading some of my rarer albums there. Eventually I started being harassed by someone on the network who was sending screen grabs of my seed lists to record labels. Upon complaining, a moderator simply removed my ability to communicate with anyone on the network or post comments on torrents. I can understand the paranoia and strictness.

I guess I just sort of laughed it off and stopped using it. When Oink went down, the only thing that surprised me was that the servers weren’t hidden in some weird country.

TF: Could you tell us more about the support you’re getting from one of the so-called ‘OiNK replacement’ sites, ‘What.cd’ ?

Benn: It was really a fresh breath of air for What.cd to promote the idea of artists having involvement with their own torrents. Not only does it benefit the artist to no end, but I can’t imagine that any court in the world would be able to pin someone on copyright infringement for a torrent the copyright holder created.

TF: Aside from uploading your own albums, at times you took an anti-piracy stance at OiNK, why the big change of heart?

Benn: I don’t think my stance has changed all that much. It’d be a great PR move to say that I’m pro-piracy, but I’d be lying. I keep seeing these internet news stories saying things like “The Flashbulb Promotes Piracy”. It is totally out of control. How could I be promoting piracy if I’m uploading my own material with a “buy it if you like it” message in the torrent?

What I’m promoting is the artist’s freedom to choose what can and can’t be done with his/her music, and more importantly, the listener’s freedom to do what he/she wants with their own computer, MP3 player, or internet connection.

After a journey through miles and miles of bullshit in this industry, you learn one thing: If you want something done right, you’ve got to do it yourself. Whether you’re downloading my music to check it out, to accompany the CD, or even pirating it…I want you to have a version/rip of it that I’ve listened to and approved of.

TF: You say you’re not pro-piracy yet you downloaded stuff from OiNK and also What.cd. One position seems to conflict the other. How do you explain this?

Benn: In my case I think that visible list of downloads strengthens my point. Most of those downloads are actually albums I already own (much easier to download than to record an entire vinyl album), albums I previewed but didn’t like, or albums I simply cannot find available in a suitable DRM-free format (including CD). Some of the software, like the TomTom DVD on my list, is actually impossible to technically “pirate” because you can’t buy a US TomTom GPS unit without the software. The thing is, when a tracker gets busted, the companies count these towards their losses.

So, my new album currently has 6381 downloads at the time of this interview on what.cd alone. Using that deceitful equation, my losses are over $100,000. If I wanted to, I could subtract those losses from my profit and completely get out of paying any income taxes. It makes sense from an evil, corporate, criminal-minded standpoint, right?

Beyond that, iTunes and other services simply are not acceptable to me. No company will have any control over a product that I legally own after I buy it, period.

Oink was the biggest music library in the world. People didn’t use it because they were criminals, people used it because it was literally better than any service you could pay for. It was the stubborn behavior of the record labels, artists, and government that wouldn’t allow that music library to have a cash register at the front door.

The thing RIAA is scared of is that their billion dollar backbone can no longer shelter people from exploring music themselves. Their business plan had evolved into telling the world what they will want to listen to and buy, and now they’ll have to actually compete with talented artists again. As the people regain control of the market, music will be judged by it’s content again and will be subjected to it’s own Darwinism. It is a very interesting time for the music industry…and since my entire life is devoted to making music, bring it on. I hope that this situation with my new record proves to other labels and artists that giving people exactly what they want is the smartest way to conduct any business.

TF: How do you feel about people being heavily punished for sharing music?

Benn: Obviously, the last thing I would want is anyone to be fined or imprisoned for listening to my music. Another feature of uploading my own torrent is that it creates a little legal nesting area on a network otherwise deemed illegal by most governments and RIAA. When someone else uploads a torrent of my music, it is without my approval…on the other end of things, and more importantly, when someone raids an admin’s apartment…no police officer is asking me if I want to press charges.

TF: What happens when people donate?

Benn: If you decide that you like the album, you’ll have the option of donating directly to the artist. If you decide that you’d like a CD, you’ll be able to order it directly from my label. I’ve even hired my mother to run our shipping department since she’s the most obsessive-compulsive-perfectionist office worker that I’ve ever laid eyes on.

Finally, every detail of my album’s content, release, and business is done exactly the way I want it to be done. I hope other artists realize how liberating and profitable it is compared to the distribution system we’ve all become so accustomed to.

TF: Radiohead did really quite well after they offered ‘In Rainbows’ online for free. You’re a few days into this experiment – how is it going for you?

Benn: My donations have a way to go before they match the numbers from CD pre-orders, but I’m still crossing my fingers. In a week or so I plan to release a detailed statistical report. For some reason I really like making pie charts.

TF: I’ve listened to the album – Soundtrack To A Vacant Life – and I really enjoyed it. Could you tell us some more about it?

Benn: It was 2 years in the making, and is conceptually me attempting to write the soundtrack to my own life. Of course this means that it is much more cinematic than electronic, and the songs all connect chronologically. Those who have heard my previous albums can expect this one to be a lot more melodic, tame, and instrumental. Suggested listening is with a decent pair of headphones from start to finish.

TF: I have some, I’ll try that later. Thanks for your time.

Music Is Better Off On BitTorrent, Than With Apple or Big Music