Music Is Better Off On BitTorrent, Than With Apple or Big Music

The Internet and file-sharing services such as BitTorrent in particular are often blamed to be the downfall of music. However, the reality is that music has never been as loved and vibrant as it is today. The only thing that’s starting to fall apart slowly is the power of the big music labels and other profiteers.

The Big Music (RIAA) labels make their fortunes by promoting and marketing artists who usually only pocket a few percent of album sales. Their control over the distribution channels has given them a great deal of power, but the Internet is taking this monopoly away bit by bit. Today, independent artists and labels can easily reach millions of customers, something unimaginable only a decade ago.

That said, the advancement of the Internet has also brought in new threats. Apple. for example, is taking a big chunk of the revenue music generates online and their growing power is frustrating artists more and more. Musicians are forced to cut up songs because Apple deems them too long, and track listings are shuffled by mistake without an option for the artist to restore his art.

One of the first musicians who revolted publicly against Apple was Benn Jordan aka The Flashbulb, who found his album on iTunes in early 2008 without being aware or paid for it. In a counter move Jordan decided to share all his music on BitTorrent for free, which turned out to be one of the best business decisions he has made in his career. 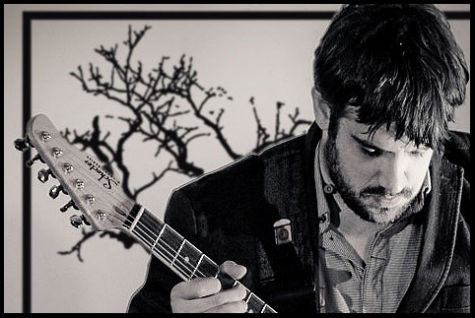 On Christmas eve, where sharing is on the minds of millions of people, we sit down with Benn to talk about what has happened in the past three years. How did he fare financially? Has his opinion towards Apple or the RIAA labels changed? Where does he think the music industry is heading?

TF: You first published your music for free on BitTorrent nearly three years ago. Could you take us back to that moment and explain why you took this decision?

Jordan: I just figured that if someone was going to upload my new album to these sites, it may as well be me. I can make sure the rip is a good one and I can personalize it with a message. It wasn’t marketing or anything political at first either. Trent Reznor and some other big names released stuff in a similar fashion a few months later and the same crowd applauded, but I felt like it was more about marketing.

TF: How has this decision changed your stance toward “piracy”?

Jordan: It oddly put me in a hot seat for a bit and for a limited time, made me an pseudo expert in a field of study that doesn’t really exist yet. Again, this was all undeserved and weird. Music piracy is still a huge issue and people want answers, but they’re not sure who to ask.

I’m grateful now because it made me think, generally, file trading is just a peephole to a much larger picture. Copyright, in its current state, holds information at ransom for monetary value. While in music it can stifle culture and art, with literature and education it can be nothing more than a weapon of class warfare.

TF: How are you doing financially compared to three years ago? Have you benefited from giving away your music?

Jordan: In this particular case, yes. It expanded the amount of people who pirate my music, therefore it has expanded those who bought CDs, donated to me, or came out to shows. Another interesting thing is that it wound up in some licensing company’s hands that I’ve never worked with before, and got me additional placement in TV/film/etc, which is a good portion of my income.

TF: What are your thoughts on the big labels. Are they good or bad for the majority of artists?

Jordan: I have to be honest. Big labels that aren’t being innovative are little more than delusional laughing stocks at this point. Their numbers get worse and worse, and they push the artists to do dumber and dumber stunts to try and stay on top of things.

The shows and festivals they book are sponsored by 8 different alcoholic beverages and 10 different energy drinks, and they just punish their customers while validating their own demise. I’m not worried about them and neither should you. Its a dozen senior citizens trying to stop a stampede of fresh culture. Good luck boys.

TF: And what about Apple?

Jordan: Apple, love or hate their products, is fucking scary. On one hand, hats off. They’re business and marketing geniuses. On the other hand, they might single handedly be the worst thing that has happened to entertainment media in the last 3 years. The major record industry collapsing should also mean that artists are more free to do what they want.

For example, iTunes completely screwed up the track listing of my last album Arboreal. Their network is so influential that over half of the people who have bought the CD from my label now have botched track titles on their mp3 players. Apple doesn’t have ANY accessible artist support to deal with things like this.

They reject my cover art if I don’t have my name and the title in bold. If I want to sell a 30 minute long track (Louisiana Mourning, for example), they require me to split it up into a bunch of separate tracks. Their distribution system is so unorganized that artists have to pay business like Tunecore upwards of $40 per album (and annual fees) to do Apple’s job for them.

Again, its genius on the business side. But they’ve wedged themselves in so well that now, if I don’t have an album on iTunes (under their insane rules and lack of support), a large portion of my listeners simply won’t know how to put my music on their iPods/iPhones.

I know I sound preachy, but think about it, how is that any better than what existed 15 years ago? I still maintain that I’d rather have my stuff “illegally” downloaded than have to go down that path.

TF: What advise do you have for artists who consider giving away their music?

Jordan: That being a “consideration” is always funny to me. You either release it knowing it will be distributed for free or you keep it locked up on your hard drive. If the last decade has taught us anything, it is that no amount of bitching, threatening, lobbying, suing, or file protecting is going to stop information from being spread to those who want it.

The way I look at it is, if hundreds of thousands of people are downloading my album, I’m contributing to culture and my music will likely outlive me. Money is pretty insignificant in the face of immortality.

TF: What changes in the industry would you like to see in the coming years?

Jordan: It makes me nervous because I feel like we’re at a really big crossroad. We’re facing three big issues at the same time that are eventually going to be connected: Net-neutrality, free speech, and piracy/copyright laws. We need to make a bigger deal about it because we don’t want information to be controlled by an entity that only exists for its investors.

We don’t want a situation where if Amazon refuses to carry a book, nobody will be able to read it. Or if iTunes refuses to carry an unabridged album, nobody will be able to hear it. Most importantly, we don’t want poor people to continue being less educated than wealthy people because of the illusion created that information has a monetary value. News, history, media, and culture is made by everyone, and it is intolerable to me that we allow the messengers to hold it from us at such a high price, whether monetarily or contextually .

Now’s the time to get involved.