For many years Sweden was viewed as a world leader in various file-sharing scenes, not least due to the prominence of The Pirate Bay.

Perhaps inevitably, however, this attracted much unwanted attention from authorities in the United States, who felt that Sweden wasn’t doing enough to combat the problem.

These days the opposite is true. Hardly a month goes by without news of another arrest or court case, and December is no different. This week streaming dropped into focus, with police raiding locations in separate parts of the country.

The targets were the operators of Sweflix, one of the country’s most popular illicit streaming portals and a top 1000 site overall. According to IDG, police raided two homes on Tuesday, one in a city in southern Sweden and another in the Uppsala area. 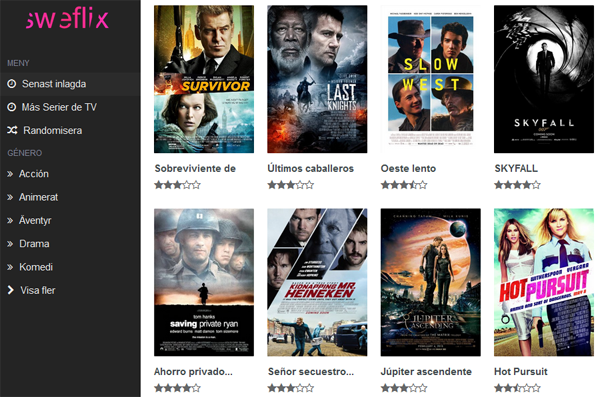 “We have over time carried out surveillance against those who may be behind Sweflix. Then we received information that led to the crackdown,” said Prosecutor Mats Ljungqvist.

Authorities initially reported taking three people in for questioning. While one was later released, two remained under arrest yesterday. Both are suspected ringleaders of the busy movie and TV streaming site.

“The two that have been detained know each other and one of them has a family relationship with the third,” Ljungqvist added.

As is usually the case, particularly in Sweden where rightsholder anti-piracy groups have a strong presence, the raid was prompted by complaints from local and international entertainment industry groups including Nordic Video and Disney.

Prosecutor Mats Ljungqvist confirmed that some seizures had been made following execution of the warrants but refused to provide details. However, at the time of writing Sweflix remains fully operational, both at Sweflix.net and sweflix.to, an alternative domain that was introduced just a few months ago.

Tackling streaming sites by force is currently one of the few tools available to the authorities. Rightsholders had pinned their hopes on having sites like Pirate Bay and Swefilmer blocked at the ISP level, but a negative decision from the Stockholm District Court last month ruled that out, at least for now.