When FileSoup administrator Geeker had his home raided in the summer of 2009, police and the Federation Against Copyright Theft (FACT) literally trashed his place. In a previous interview Geeker vividly recalled the events.

“I got back home just before 8pm to find my belongings had been turned upside down, the dining room was a like a whirlwind had gone through..[]..they’d turfed out all the drawers of the desk, chucked back what was of no interest to them, left a pile of paperwork scattered across my desk and table with wires everywhere, talk about a nightmare!”

The police officers and ‘agents’ of the MPAA-funded FACT tagged everything with a chip in it, and bagged them as evidence. In the following weeks some items were returned, including a mobile phone, sat nav and video camera, but most of the hardware was kept under lock and key.

As Geeker and fellow FileSoup administrator Snookered were released from all charges by the Crown Prosecution Service last month, their belongings were finally returned this week. This final step in the dreadful legal proceedings should have been a day to celebrate, but the police once again trashed the party.

From the looks of it the police and FACT did not return all of the seized property, and the hardware that was given back appears to be completely trashed.

“Initially it looks like only a couple of things such as power supply units might be missing, but, as you will no doubt appreciate, there is a heck of a lot of stuff to check, it’s going to take me some time to go through it all,” Geeker explains.

“What concerns me the most about my property, is the condition it is now in… the way it was seized and bagged and how it was probably handled and transported to goodness knows where, the thought just horrifies me,” he adds.

The pictures below document the disaster. A 40 minute audio clip of the agents returning Geeker’s property is available here. 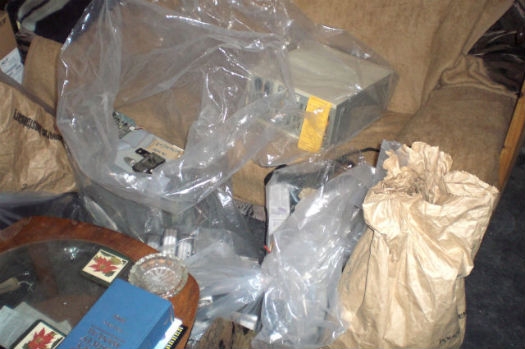 Dug up from a mine? 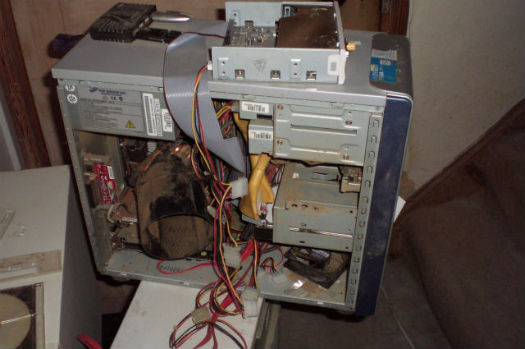 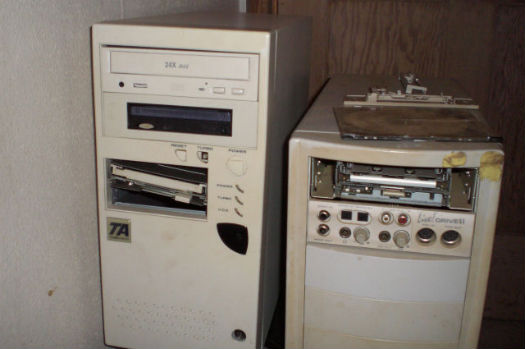 To say that the evidence was not properly stored and shipped would be a huge understatement. It looks like the computers have been taken apart, dragged through the mud, with no real attempt to reassemble them or clean things up.

According to Geeker none of his systems will boot up, which may not come as a big surprise considering the photos. The big question is why?

It almost appears as if a frustrated FACT employee trashed the hardware on purpose before it was sent back. How else could it turn into such a mess, and why take the computers apart piece by piece in the first place? What were they looking for? Warez?

Geeker is clearly not happy with how his property was handled, and he encourages everyone to help him get the story out.

“Please do me a favour everyone… tell everybody you know about this, blog about it, tweet about it, facebook and myspace or wherever else you feel it might do some good, let the whole bloody world know exactly what these evil gits have done …and will probably keep on doing if something isn’t done to stop this kind of crap from happening and people and their property being treated like this!,” he said.

Geeker has contacted his lawyer to see what the best response to this mess is.