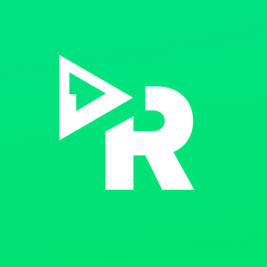 During the fall of 2015, the MPAA shut down one of the most prominent pirate streaming services, Popcorn Time fork PopcornTime.io.

While the service was found to be clearly infringing, many of the developers didn’t set out to break the law. Most of all, they wanted to provide the public with easy access to their favorite movies and TV-shows.

Fast forward nearly two years and several of these Popcorn Time developers are still on the same quest. The main difference is that they now operate on the safe side of the law.

The startup they’re working with is called Reelgood, which can be best described as a streaming service aggregator. The San-Francisco based company, founded by ex-Facebook employee David Sanderson, recently raised $3.5 million and has opened its doors to the public.

The goal of Reelgood is similar to Popcorn Time in the way that it aims to be the go-to tool for people to access their entertainment. Instead of using pirate sources, however, Reelgood stitches together content from various legal platforms, both paid and free. 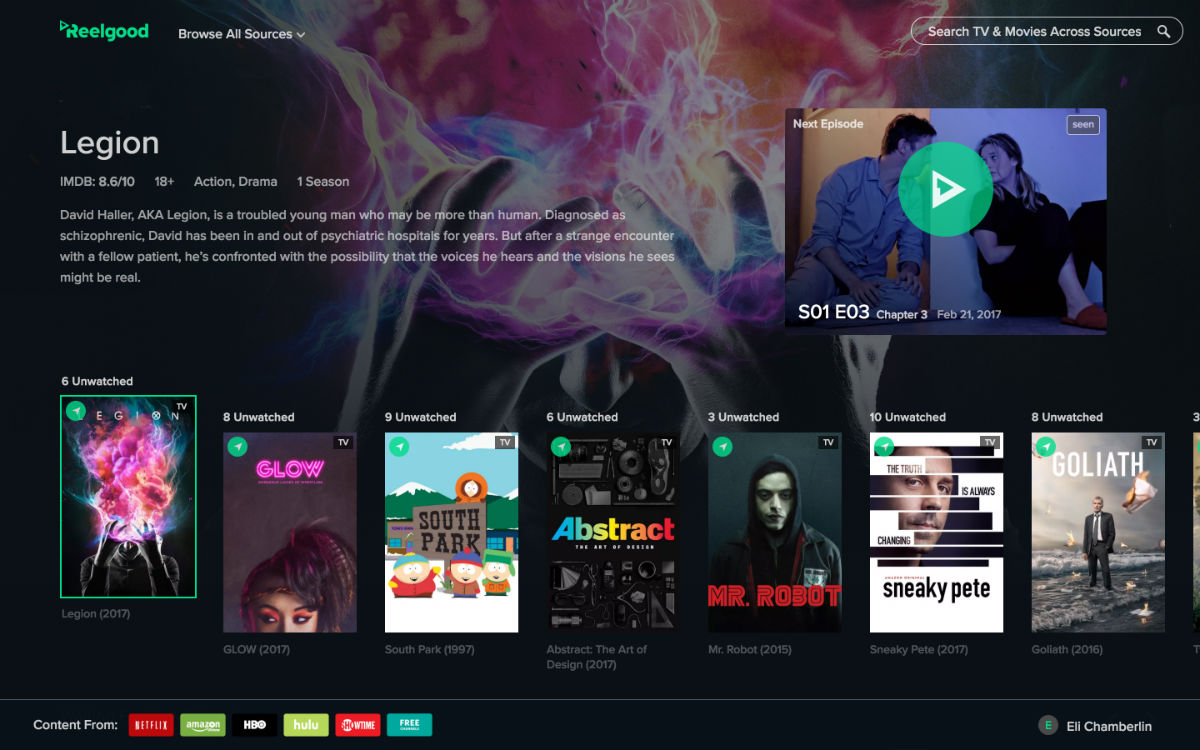 TorrentFreak spoke to former Popcorn Time developer Luigi Poole, who’s leading the charge on the development of Reelgood’s web app. He stresses that the increasing fragmentation of streaming services, which drives some people to pirate sites, is one of the problems Reelgood hopes to fix.

“There’s a misconception that torrenting is done by bad people who don’t want to pay for content. I’d say, in the vast majority of cases, torrenting is a symptom of the massive fragmentation that’s been given as the only legal option to the consumer,” Poole says.

While people have many reasons to pirate, some stick to unauthorized services because it’s simply too cumbersome to dig through all the legal options. Pirate sites have a single interface to all popular movies and TV-shows and legal platforms don’t.

“The modern TV/movie ecosystem is made up of an increasing number of different services. This makes finding content like changing channels, only more complicated. Is that movie you’re about to buy or rent on a service you already pay for? Right now there’s no way to do this other than a cumbersome search using each service’s individual search. Time to go digging,” Poole says.

“We believe this is the main reason people torrent — it’s just easier, given that the legal options presented to us are essentially a ‘go fetch’ treasure hunt,” he adds. 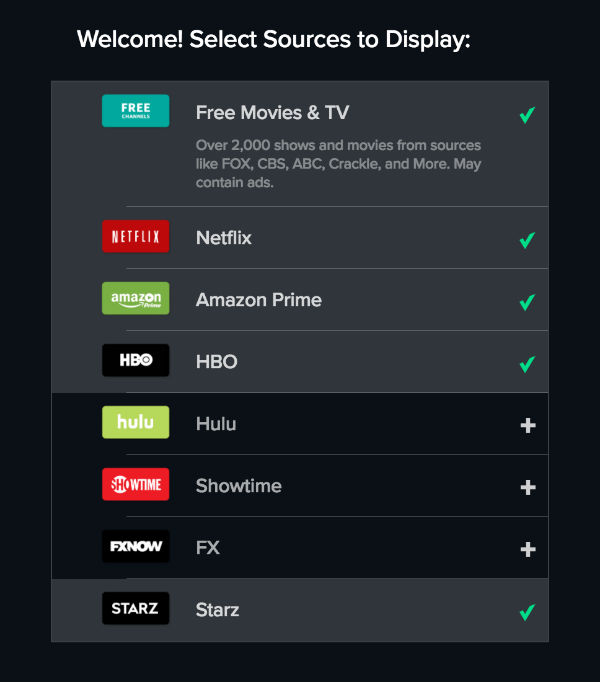 Flipping that channel on an old school television often beats the online streaming experience. That is, for those who want more than Netflix alone.

And the problem isn’t going away anytime soon. As we reported earlier this week, there’s a trend towards more fragmentation, instead of less. Disney is pulling some of its most popular content from the US Netflix in 2019, keeping piracy relevant.

“The untold story is that consumers are throwing up their hands with all this fragmentation, and turning to torrenting not because it’s free, but because it’s intuitive and easy,” Poole says.

“Reelgood fixes this problem by acting as a pirate site interface for every legal option, sort of like a TV guide to anything streaming, also giving you notifications anytime something is new, letting you track when certain content becomes available, and not only telling you where it’s available but taking you straight there with one click to play.”

Reelgood can be seen as a defragmentation tool, creating a uniform interface for all the legal platforms people have access to. In addition to paid services such as Netflix and HBO, it also lists free content from Fox, CBS, Crackle, and many other providers.

TorrentFreak took it for a spin and it indeed works as advertised. Simply add your streaming service accounts and all will be bundled into an elegant and uniform interface that allows you to watch and track everything with a single click.

The service is still limited to US libraries but there are already plans to expand it to other countries, which is promising. While it may not eradicate piracy anytime soon, it does a good job of trying to organize the increasingly complex streaming landscape.

Unfortunately, it’s still not cheap to use more than a handful of paid services, but that’s a problem even Reelgood can’t fix. Not even with help from seven former Popcorn Time developers.