Popcorn Time For Music Has Arrived!

Last month, news of an upcoming piece of music software began to cause waves in the media.

Cleverly marketed as the Popcorn Time for music, Aurous promised to use the BitTorrent network to stream pirated music to the masses, for free.

This weekend the first version of the software made it’s debut and on first sight it looks great. The user-interface reminds one of other streaming apps such as Spotify and is free of advertisements.

However, after playing with the application for a little while the excitement quickly begins to fade.

The first thing that stands out is the limited content library. Many artists and tracks are absent, for example. In addition, the app doesn’t allow users to sort per album, artist, or create playlists.

On the technical side there’s an unpleasant surprise as well. For now, Aurous doesn’t use BitTorrent at all, instead it pulls MP3s from external services such as Pleer and VK.

Perhaps these issues will eventually be resolved in the future, but overall Aurous fails to impress.

The same is true for another player that launched previously, TorrentTunes. The application, which also has a web based player, does use the BitTorrent network and allows people to stream music.

TorrentTunes also offers more advanced discovery options than Aurous. Technically everything seems to work fine and like Aurous the coding may be brilliant, but again there’s something crucial missing.

Popcorn Time became iconic because it offers an appealing and easy to use interface, but looks alone are not good enough to impress. The true power of Popcorn Time comes from the content, where it beats many legal streaming services including Netflix. 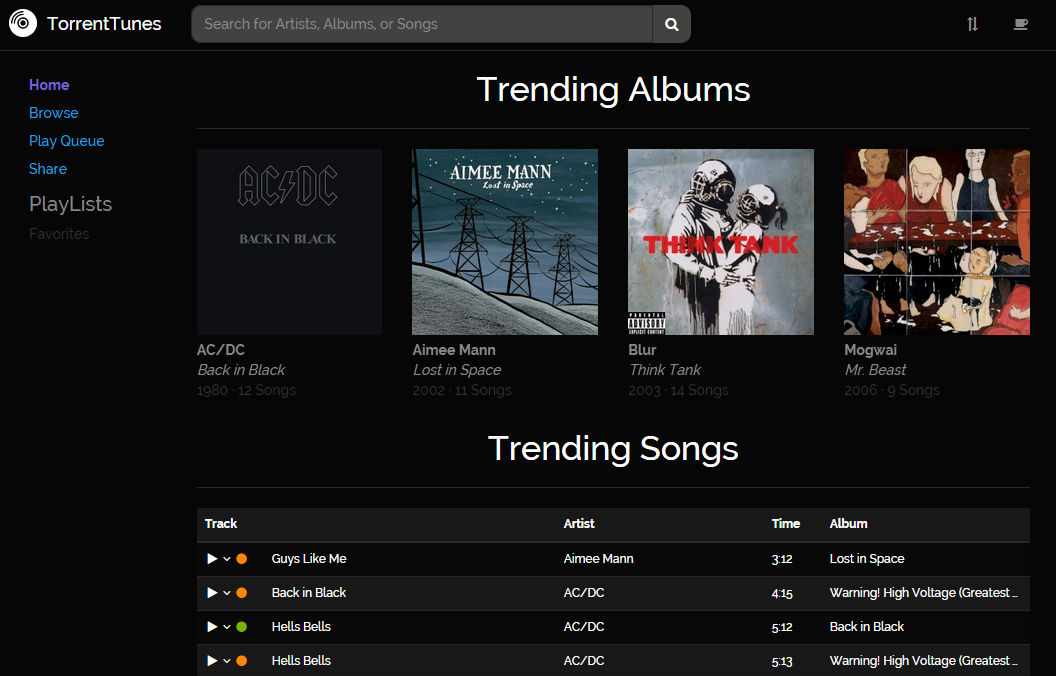 Aurous and TorrentTunes may look nice and work well, but these “pirate” apps lose out to legal services such as Spotify when it comes to content. They even have a hard time beating YouTube.

Even if the apps manage to catch up in terms of content there will be other issues, such as speed. Loading a track from a torrent file being shared by a handful of people is not going to be instant.

This doesn’t mean that both apps won’t get any users. There may still be plenty of interest, but it will be nothing compared to Popcorn Time’s ‘revolution.’

The crucial issue is that it’s harder for “pirate” music apps to stand out compared to legal alternatives. There’s simply not much room to improve other than the price tag. Perhaps this is something the movie industry should take note of.

So yes, the Popcorn Time for music has arrived. Only it arrived more than half a decade ago, and it’s called Spotify.