Popcorn Time For Music Really Has To Be Pretty Epic 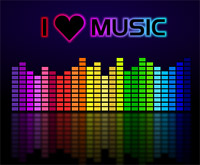 At this very moment, anyone with a keyboard and access to the Internet can listen to pretty much any track currently available.

Much to the annoyance of the music industry, most of that music can be found with a simple Google search and if it’s already been deleted from there, switching to Yahoo does the trick. Hundreds of sites lie a click away, many offering access to millions of free MP3s.

While there’s no doubt that plenty of people use them, there’s no absolute need to access music from unauthorized sources anymore, even if the listener is payment averse. YouTube, for example, works very well indeed, even for the biggest selling tracks.

The story for movies is quite different. Sure, there are unauthorized services a few clicks away but even the hottest torrent sites represent a daunting prospect for Joe Public. Streaming sites bridge the usability gap somewhat with their advanced presentation and simple interfaces but often spoil the viewing experience with waves of popups, fake download buttons and other intrusive advertising.

Then earlier this year Popcorn Time arrived, offering the power of torrents under the hood and a Netflix-style quality interface on top. Unlike its legal competitor, however, the latest spinoff versions of the software have no restrictions on content availability. When all the angles are considered, this software pretty much beats the professionals at their own game – no wonder Hollywood wants to kill it.

It was with excitement, then, that news of a “Popcorn Time for music” reached our ears recently. Called HipHop, the tool has actually been out for a number of weeks already but recently received renewed exposure on Hacker News. The tool has a decent interface and boasts free access to 45 million tracks, that’s better than iTunes and most of the official streaming services around today. 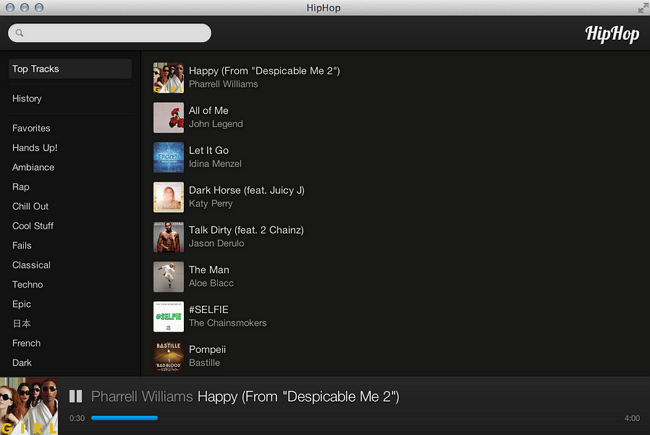 So where are the dozens of news articles charting HipHop’s rise to fame in the way they did with Popcorn Time? Thing is, apart from a token mention here and there, there aren’t any. This isn’t because people don’t like music or that HipHop doesn’t do what it claims, because it does. Maybe it’s because free access to music and music alone simply doesn’t cut it these days.

While pirates have run rings around Hollywood for some time and in some ways continue to do so, in the music sector services like Spotify and even YouTube are doing a much better job than the majority of mainstream pirate alternatives. Sure, anyone can head over to MP3Skull, MP3Juices or GoSong and grab free MP3s all day, but aren’t we demanding more these days?

YouTube provides not only the music but the videos to accompany them. Spotify provides great content discovery opportunities, unrivaled multi-device convenience and is completely free at entry level. It’s been in development for years and it performs better than HipHop in every way. It’s competing with free and winning.

While a Popcorn Time or similar for movies is likely to prove attractive for many years to come due to Hollywood’s archaic release restrictions and unfriendly pricing, pirates are really going to have to up their game to make a Spotify beater for music.

While someone might appear with something amazing, at this point we have to consider that it might never happen. That in itself is quite extraordinary.