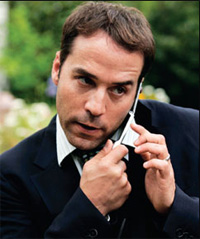 For years the entertainment industry has been lobbying for tougher measures against online piracy. In France this has resulted in the implementation of a ‘three strikes and you’re offline’ regime and many other countries are considering similar measures.

Thus far the United States Government has kept relatively quiet on this issue, but that doesn’t mean that such plans are not being discussed behind close doors.

According to Ari Emanuel, a famous Hollywood talent agent and the model for the character Ari Gold in the hit series Entourage, Hollywood lobbyists are working hard to convince President Obama and others to ram through similar legislation in the United States.

“We are in the midst of talking to the president and some attorney generals and [we are] trying to implement a three strikes and you’re out rule,” Emanuel said, while adding that this issue would most likely result in a “fight with ISPs”.

At this point it is impossible to assess the exact nature of these talks, but since Ari Emanuel is the brother of White House Chief of Staff Rahm Emanuel, there is no doubt that these talks are taken seriously. President Obama, who vouched to decrease the power of lobbyists in Washington, is not turning a deaf ear to this one for now.

Before even considering the implementation of a three-strikes model, United States lawmakers might want to take a good look at what’s happening in France. Unlike earlier projections that up to 95% of the file-sharers could stop downloading copyrighted content, the piracy rate has actually increased in the face of the new law.

The entertainment industry, nevertheless, continues to push legislation as the solution to online piracy, while ignoring their own role in the creation of the problem.