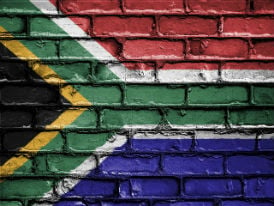 South Africa was on the verge of implementing a new copyright law that would bring some significant changes, including the approach to fair use. The only thing missing was a signature from South African President Cyril Ramaphosa.

That signature has to wait. Last week, President Ramaphosa sent the Copyright Amendment Bill and the Performers’ Protection Amendment Bill back to Parliament for a new review.

The President cited concerns over the fair use provisions as one of the reasons for this do-over.

These provisions were the result of negotiations and discussions that started in 2017. After two years, lawmakers settled on a set of fair use rules that were largely copied from US law. In most cases, copyright holders are pleased to see foreign countries adopting US policy. However, with fair use it was different.

In fact, several organizations warned that the proposal could hurt legitimate copyright holders.

The International Intellectual Property Alliance (IIPA), which represents the MPA, RIAA, and other entertainment industry groups, sounded the alarm bell which resulted in an official review by the US Trade Representative. If South Africa’s new copyright law was indeed deemed problematic, this could lead to trade sanctions.

While IIPA flagged multiple issues, the fair use aspect attracted the most interest. Earlier this year, dozens of stakeholders chimed in to support or oppose South Africa’s proposals.

According to the IIPA, South Africa’s fair use proposals are dangerous, as the country, unlike the US, can’t rely on 150 years of existing case law. In addition, the group warns that the new provisions are even broader than the US variant and arrive on top of the existing ‘fair dealing’ system.

At the same time, dozens of other organizations spoke out in favor of the fair use proposal, as it gives South African citizens the freedoms they deserve. These are the same rights that people in other countries, including the US, have long enjoyed.

Looming US sanctions and copyright holder complaints were later backed up by the EU, which also shared its concerns about the South African fair use proposals. The plans, especially the broad list of fair use exceptions, which protect groups including researchers and people with disabilities, are seen as problematic.

“This is bound to result in a significant degree of legal uncertainty with negative effects on the South African creative community at large as well as on foreign investments, including the European ones,” the EU wrote in a recent letter.

Denise Rosemary Nicholson, Scholarly Communications Librarian at the University of the Witwatersrand, wonders if the President really has constitutional concerns or if he’s mostly responding to USTR and EU “economic bullying.”

“Perhaps the USTR, EU, and multibillionaire conglomerates that are the main beneficiaries of copyright from South Africa, especially from the educational and library sectors, perceive this as a ‘win’,” Nicholson notes.

“Well, it is indeed a sad day for access to information for education, research, innovation, AI, people with disabilities, digitization programmes and preservation of our cultural heritage, authors and creators, libraries and archives, etc. They all need many of the provisions in the Bill to function in a digital world in the 21st century,” she adds.

Given the controversy, it is likely that the fair use provisions will not return in their current form when they land on the President’s desk again.