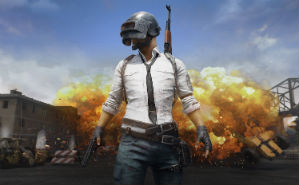 The legal battle between PUBG and Epic Games, two gaming heavyweights, has come to an end.

Earlier this week PUBG sent a letter of withdrawal to Epic Games’ attorneys, announcing its decision. Not much later the South Korean lawsuit was closed, Bloomberg reports.

The Korean game developer filed the lawsuit in January alleging that Epic copied “Fortnite” elements from “PlayerUnknown’s Battlegrounds” (PUBG). This followed earlier complaints where PUBG accused Fortnite of being very similar to its own game.

Whether the companies have agreed on a settlement to resolve this dispute is unknown, but PUBG and its law firm confirmed that the case is over.

Both Fortnite and PUBG have been very successful over the past year, bringing in hundreds of millions of dollars. In addition to the aforementioned case, this also triggered several other copyright infringement lawsuits.

In the United States, PUBG recently filed a separate copyright infringement lawsuit against the developer of the mobile games “Rules of Survival” and “Knives Out,” accusing these of copying specific elements from PUBG. This case is still ongoing.

For its part, Epic Games has filed a series of copyright infringement lawsuits against alleged cheaters. The primary goal of these cases is to stop the cheaters, not to recoup any losses.

While the future of Fortnite was never in any immediate danger due to the PUBG lawsuit, avid fans will probably sleep a little bit better knowing that the matter is resolved.