Put a Head on the BitTorrent Hydra with xbtit

Back in July, we took a look at a beta version of the xbtit tracker package, which aimed to make owning and running a BitTorrent tracker a much easier, simplified experience. Created by BtiTeam, xbtit enables potential site administrators to quickly and easily set up their own BitTorrent tracker, something that was only previously accomplished by people with some coding skills. TorrentFreak decided to get to know a little more about this tracker and the people behind it.

I have been in the BitTorrent scene since 2003 when I used TorrentTrader. In September 2004 the BtiTracker story began when Sqrtboy took the TorrentTrader development and transformed it. Many hacks became “premium” which meant paying for them. The other popular system was Tbdev (ex TorrentBits) which did not have a great look and lacked many features. I decided to give the opportunity to all tracker owners to have a good, complete, and easy system with which to manage their torrents. For 3 years I put many hours in the development while other developers came and went.

LokiTorrent and Suprnova going down at the end of 2004 was shocking, there were big sites collapsing almost monthly. It was uncertain if filesharing was gonna survive, the sites I was frequenting were dead men walking. They knew it too. The USA would be clean of trackers within 6 months. That is the background in which I decided to open my own tracker. I found Lupin at btiteam.org was releasing an easy code base to install and manage with a feature set to rival the more complex systems.

TF: So what exactly is xbtit? Can you give us a little history?

Lupin: Early in 2006 we decided to create a new system which can handle many peers based on xbtt (by Olaf van der Spek). We wanted a great look and features that no other tracker system had. We really put in a lot of work, in this case we got the help of some very generous developers in our team.

Locutius: You already know how difficult it is to set up and run a tracker. You have to be a linux guru, fluent in PHP, a db admin, a security expert, and all that before you start to performance tune your httpd and iptables. I wanted an easy to set up and run system the size of LokiTorrent. Then I had an idea. What if everyone could have an easy system the size of Loki?

Locutius: The name for the project comes from the bringing together of xbtt and btit. The merger of the strongest backend with the strongest frontend, to make xbtit.

TF: So what would you say are xbtit’s main features? What does it offer which other trackers don’t?

Locutius: There is a design focus by Lupin and the dev team to make the system smart and capable. The template system allows single click installation of hacks, modifications, and styles. There are two tracker systems, the PHP tracker for platforms without access to system root, and xbtt capable of running millions of peers at very low overhead. There are two forum systems, an internal forum and Simple Machines Forum (SMF). There is an install script and an upgrade script from previous version. Lupin has included a phpmailer script so you can run your tracker from a Windows desktop at home! 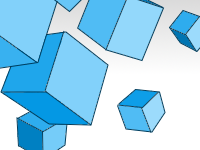 TF: In the past your team has talked of how easy it is to install, setup and operate xbtit. How does xbtit compare to other trackers?

Lupin: I don’t like to compare myself with other work, but the users will, and with no doubt will choose xbtit because:

– easiest to manage (almost all tasks can be done via web admin interface)
– easy to hack, one click and you’re ready to go with hacks and new features
– modules system which will allow to extend the power and the features
– xbtt support, usually only done by hacking to allow the use of xbtt as backend, in our work it’s already done, so also no problem to upgrade an hacked version
– SMF support, if you like a “real forum” then no problem, you can use SMF
– internal forum with subforum support, the internal forum has been rewritten from scratch and is optimized

TF: Your site offers different ‘flavors’ of xbtit. What do these ‘flavors’ mean to the end user?

Locutius:The home of the code is btiteam.org, an open source support and development forum. The open source flavor is free.

Then we have the professionally supported flavors, xbtit PREMIUM and xbtit PRO. The difference is PRO includes VPS hosting for the code with the new tracker admin receiving the password to a fully installed site on his own private server. It doesn’t get easier to own a tracker than that.

www.xbtit.com is the showcase for the xbtit live demo and the home to the xbtit private members forum where it all happens. Buying xbtit PREMIUM or PRO gives you 10 support tickets and access to the private members forum where you can exchange the tickets for btiteam hacks, modifications, and styles (everything is nominally priced, hacks cost no more than 2 or 3 euros). Members of xbtit can also request private hacks and coding for their site. Eventually, all the hacks and styles on xbtit.com will be released into the open source community on btiteam.org.

The difference between btiteam.org and xbtit.com is the same difference as between Fedora and REDHAT. xbtit at biteam.org is like Fedora, it is exciting, it is free. xbtit at xbtit.com is like REDHAT, it is supported and you have privileged access to the dev team and first hit on the hacks. xbtit.com funds the free open source support and development at btiteam.org.

TF: You are also offering hosting with xbtit and this could have copyright implications. What’s your view on this?

Locutius: BitTorrent is strongly associated with filesharing and there is an issue there with the improper application of the technology by copyright pirates. But there are greater more important economic uses for the technology. Our enemies are Luddites but technology has never been criminalized and there is no issue with hosting torrent trackers if the owners keep 3 simple rules: adhere to the DMCA, only supply your own content, do not profit from another’s copyright.

Some of the content traversing the BitTorrent networks may come with a legacy copyright issue but that is to be expected when the global media industry is operating a monopoly.

TF: Perhaps as a backlash to this monopolistic control, Indie content is starting to explode on the internet. You see your team as having a part in this?

Locutius: Significantly, our technology is making it easier for independent publishing and distribution of privately created digital content, movies and music and software. By removing the traditional barriers to tracker ownership our technology can land in the creative hands of artists in a form they can adopt. I want to see a swarm of private trackers seeding creativity the world over.

TF: Thanks, and good luck in achieving that.