Following a copyright infringement complaint from a small Italian distributor of a cartoon movie and a subsequent investigation by Italy’s Cybercrime Police, on Monday the Public Prosecutor of Rome targeted a total of 27 file-sharing related domains.

The sites, mainly storage and streaming operations, had their domain names blocked at the ISP level and rendered inaccessible in Italy.

While the list includes reasonably well known sites such as Uploaded, BitShare, FreakShare and VideoPremium, it also features one of the largest file-sharing sites on the Internet.

Currently ranked by Alexa as the 312th largest site in the world, Rapidgator is one of the leading file-hosting sites on the Internet and the 10th largest file-sharing site overall. It has also attracted the attention of the USTR as a so-called “notorious market.”

Rapidgator is Italy’s 284th most popular site but the current case has the potential to hurt the site beyond Italy’s borders. The prosecutor has already indicated that the local case could be progressed internationally with an eye on not just domain blocking but full-blown domain seizure.

Given this backdrop it’s unsurprising that Rapidgator has decided to fight back. The site has hired Fulvio Sarzana, a lawyer with the Sarzana and Partners law firm who specializes in Internet and copyright disputes. 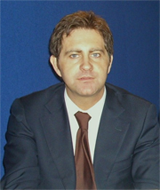 In 2011 Sarzana obtained an order to stop a blockade of 493 domain names at the center of a trademark dispute.

“Rapidgator has given me the power of attorney to defend him in this trial in Italy,” Sarzana informs TorrentFreak. “On Wednesday we filed an appeal to the “riesame” (appeal) court of Rome.”

With an appeal now filed, Sarzana says that Rapidgator will gain access to information gathered during the initial investigation which will also reveal how far the process to seize the site’s domain has progressed.

“We will see if the prosecutor has already sent the general request of domain seizure to the international bodies, as he prescribed in the seize decree,” Sanzana explains.

While the 27 sites targeted in the action have a real interest in filing an appeal, there are other parties that are becoming increasingly affected by these type of actions. Since 2010 Italy’s ISPs have been asked to block dozens of sites, many of them related to file-sharing.

Sarzana says that he is now aware that some ISPs have also filed appeals against the current blocking order.

“I guess that the Internet providers are tired of becoming the world wide web patrol,” he concludes.