The recording labels accused the Astound-owned ISP of not doing enough to stop pirating subscribers. Specifically, they alleged that the company failed to terminate repeat infringers.

The case eventually went to trial which, after more than two weeks, reached its conclusion a few hours ago. At the Texas federal court, the jury found Grande contributorily liable for willful infringement of 1,403 copyrighted works.

The guilty verdict comes with a hefty damages award. For willful copyright infringement, a jury can award between $750 and $150,000 per work and here it decided that $33,333 is appropriate. That brings the total damages amount to $46,766,200. 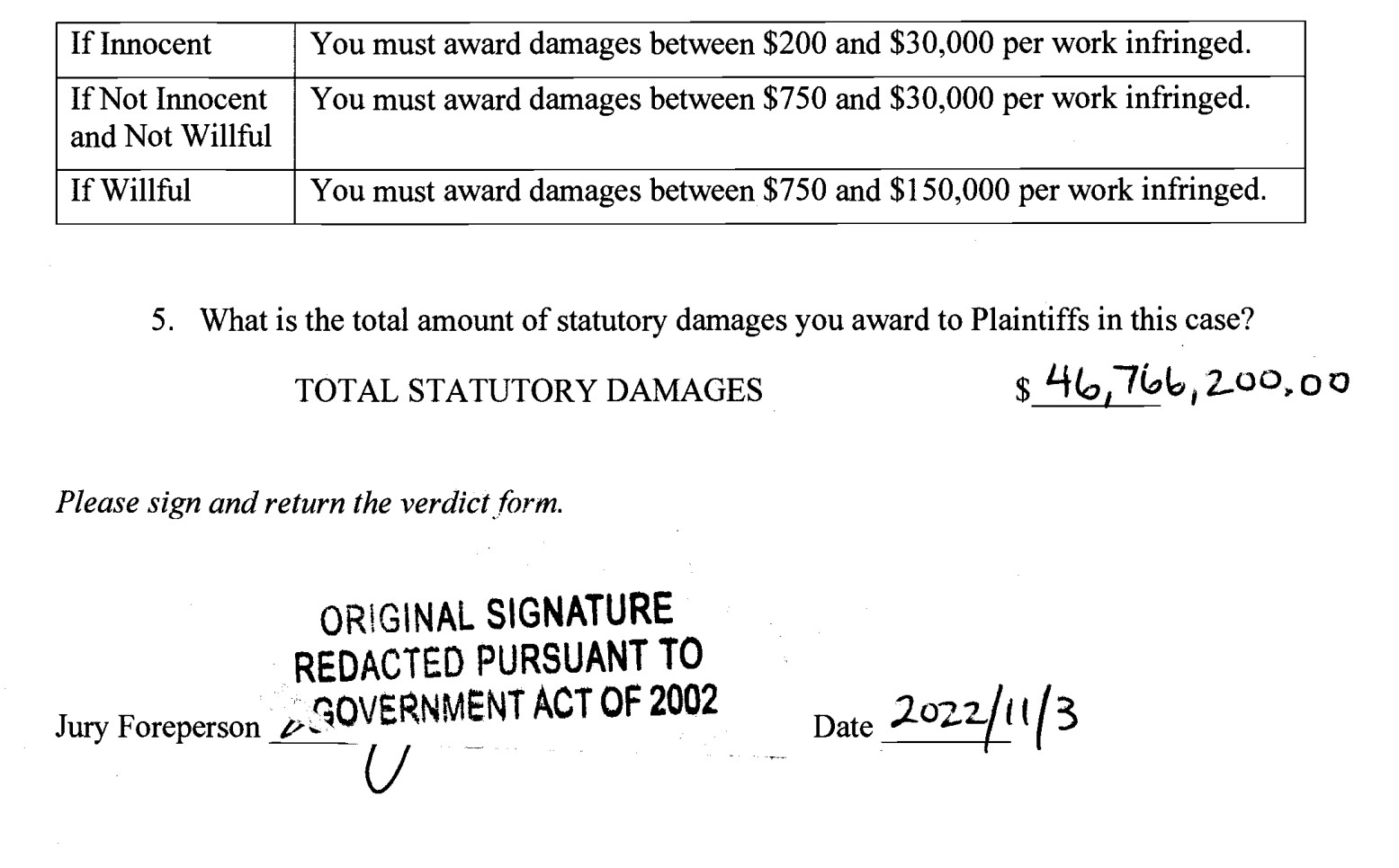 Music industry group RIAA, which offered a helping hand in the legal battle, is pleased with the outcome. It sees the verdict as yet another confirmation that Internet providers must tackle copyright infringements on their network; they can’t simply ignore third-party piracy notifications.

“This is the latest validation by US courts and juries that unchecked online infringement will not stand,” RIAA’s Chairman and CEO Mitch Glazier says.

At trial, Grande argued that it shouldn’t be held liable for alleged copyright infringements committed by its subscribers. The company portrayed itself as a neutral service provider that has never encouraged any type of piracy.

The record labels countered that Grande willingly profited from subscribers who downloaded and shared their music. The music companies explained that they sent over a million copyright infringement notices but Grande failed to terminate even a single subscriber account in response.

The $47 million damages award is substantially lower than the labels’ $1 billion verdict against Cox, where both the number of works and the damages per sound recording were higher. That case is still being appealed.

In a similar verdict in favor of music group BMG, Cox was ordered to pay $25 million in damages. That ruling was overturned, after which the parties reached a confidential settlement.

Whether Grande will appeal this jury verdict remains to be seen. TorrentFreak reached out to the company’s current owner Astound Broadband but, at the time of publication, we have yet to receive a response.