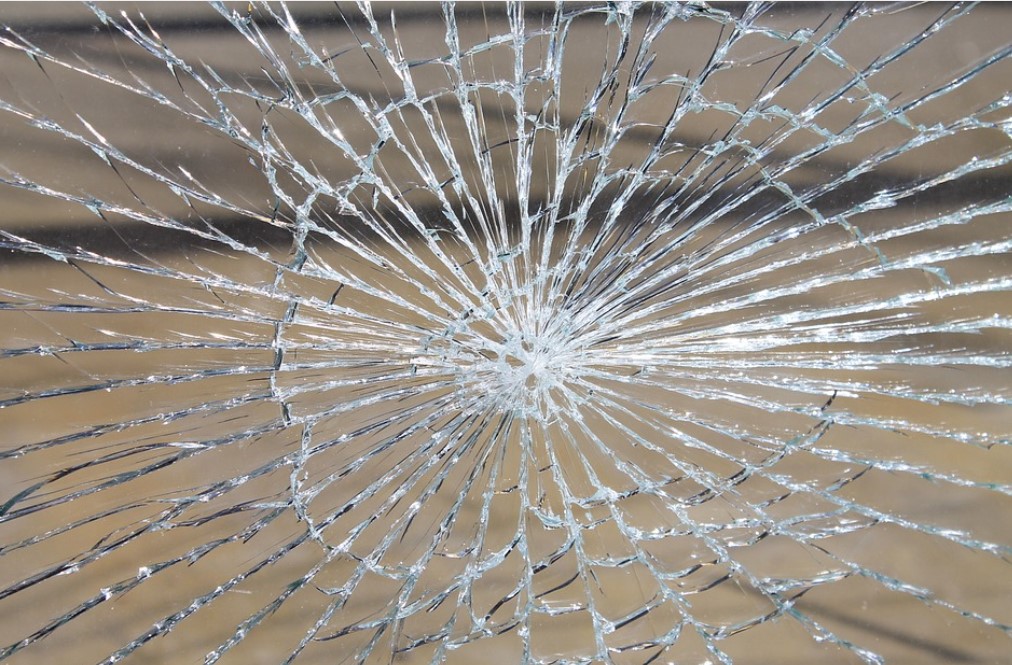 Traditionally its members were restricted to top Hollywood studios such as Disney and Warner Bros, but three years ago streaming giant Netflix joined the exclusive club.

The newcomer hasn’t changed the MPA’s main goal of protecting its members’ content from piracy. The MPA is the driving force behind the Alliance for Creativity and Entertainment which tackles copyright infringement globally on behalf of dozens of major rightsholders, Netflix included.

Aside from enforcement, the MPA is also heavily involved in lobbying efforts. This week it sent an overview of global copyright-related challenges to the US Trade Representative (USTR), as input for the yearly report on foreign trade barriers.

As usual, the comments detail piracy problems and challenges in countries around the globe. They include concerns over lacking anti-camcording legislation, weak anti-piracy enforcement, as well as general shortcomings in overseas copyright laws.

The general tendency of these comments is that ‘more’ should be done to address the piracy problem. However, when looking over this year’s report, we noticed an interesting observation, suggesting that less can sometimes be more.

As reported a few months ago, France has a “media chronology” law that grants an exclusive release window to movie theaters. This also applies to streaming services such as Netflix, Amazon Prime, and Disney+.

The theatrical release window was reduced from three years to 15-17 months earlier this year. While that’s a step in the right direction, streaming services would like the window to be reduced even further.

According to the MPA, these windows could be seen as a trade barrier that, as suggested, might make piracy an even bigger problem.

“The media chronology was last updated in January 2022. However, several international and local stakeholders have argued that the chronology lacks ﬂexibility, that the mandated release windows are too long, and that such windows exacerbate piracy,” the MPA writes. 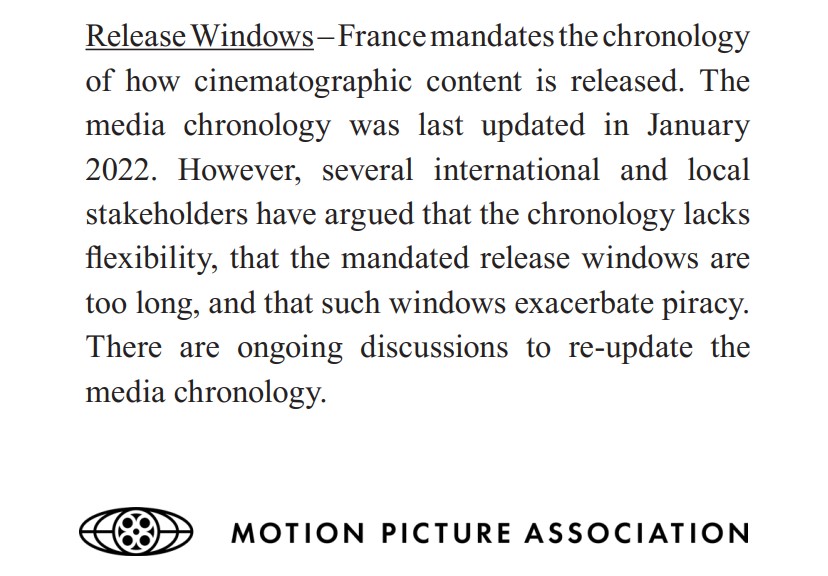 The MPA points to “stakeholders” and doesn’t take a strong position itself. The windowing issue is highly sensitive as many movie theater owners believe that shorter windows will hurt box office revenues.

When movie companies began to experiment with simultaneous streaming and theatrical releases during the COVID pandemic, theater owners sounded the alarm bell. According to the movie theater industry group NATO, exclusive release periods are vital to the survival and success of the industry.

The MPA is more reserved and doesn’t believe that the two revenue streams are in competition. This could also explain why the group decided to highlight the issue in a trade barriers report.

Interestingly, the discussion doesn’t end with France. Italy also considered a 90-day mandatory release window for all theatrical films this year. This also has the MPA worried, even though piracy isn’t mentioned directly there.

Instead, the Hollywood group is worried about the marketing issues these windows could present.

“MPA is concerned about the impact of such an extension on a broad scale, as this mandatory window would have serious repercussions on producers’ ability to adequately market their works,” the movie group notes.

The marketing problem could also have piracy repercussions, of course. If a film’s digital release is widely promoted throughout the world, Italians may be more eager to pirate it if no legal options are available to them.

All-in-all, the MPA’s release window comments, no matter how small, are noteworthy. For decades consumers have called for shorter windows and it appears that several movie industry stakeholders are now in the same camp.

The full overview of the MPA’s trade barrier comments to the US Trade Representative is available here (pdf).