Last Friday, the RIAA caused outraged on the Internet when it filed a complaint that took down the open source software YouTube-DL from Github.

According to the RIAA, the “clear purpose” of YouTube-DL was to “circumvent the technological protection measures used by authorized streaming services such as YouTube” and “reproduce and distribute music videos and sound recordings owned by our member companies without authorization for such use.”

As the debate and controversy over the complaint rages on, a company based in the US that operates a YouTube-ripping platform has filed a lawsuit alleging that similar complaints, filed by the RIAA with Google, have caused its business great damage.

Filed by Yout LLC. in a Connecticut court, the complaint alleges that its service allows users to enter a link for a video on sites including YouTube. Its browser-based software then gives users the ability to record the audio of a streamed video and store it locally on their hard drives as an MP3.

“By doing so, the user can thereby listen or view the locally stored content when not connected to the Internet and without the necessity of visiting the website on which the original content resides. In essence, Yout allows a user to time shift content,” the complaint reads. 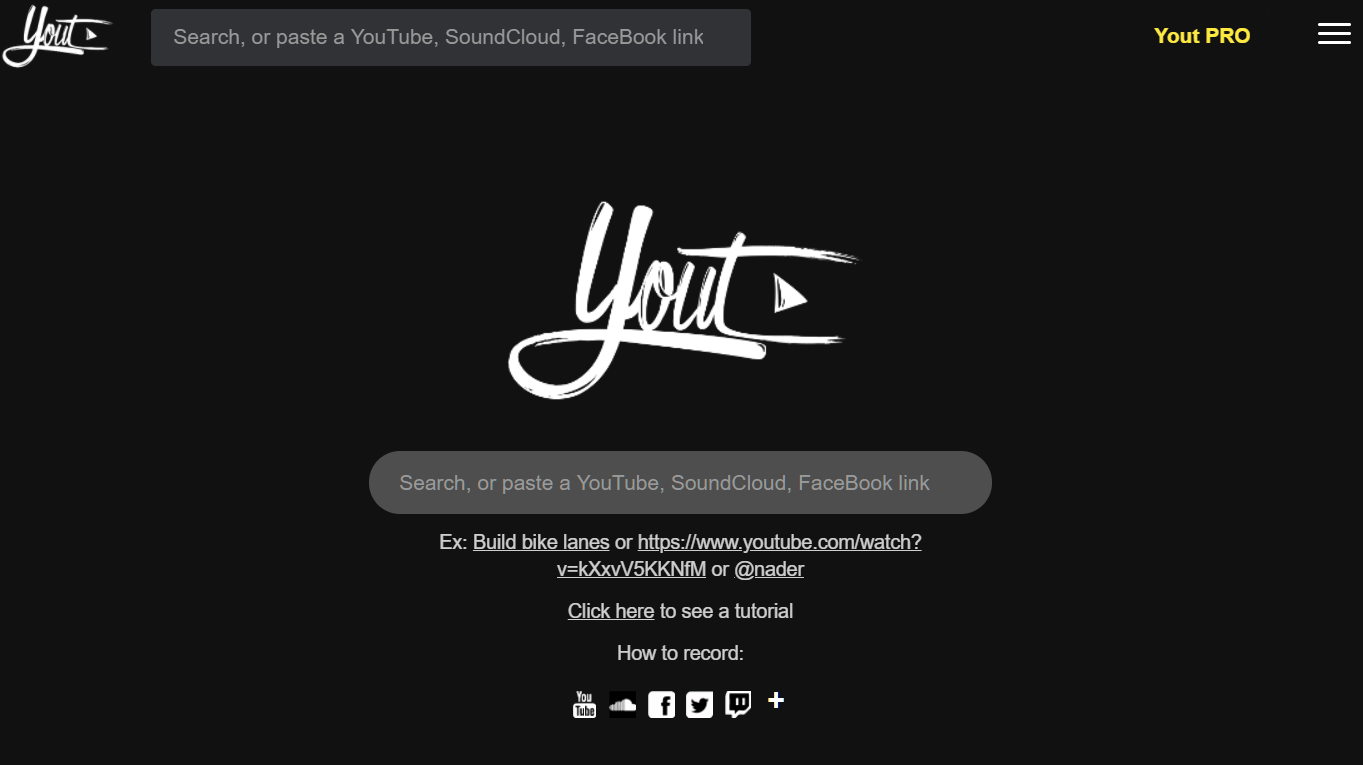 Yout LLC does not name its service directly in the complaint but the website Yout.com, which lists its address as being in South Windsor, a town in Hartford County, Connecticut, matches the description in the lawsuit.

Noting that the Yout service never saves users’ time-shited content on its own servers, Yout claims that many users utilize the service for the purpose of recording their own videos. Content creators, on the other hand, encourage their fans to “record and play back their original content” using the platform.

However, starting October 2019, the RIAA reportedly sent at least three notices to Google under 17 U.S.C. § 512(c)(3), claiming that the Yout platform breached the anti-circumvention provisions of the DMCA.

“To our knowledge, the URLs provide access to a service (and/or software) that circumvents YouTube’s rolling cipher, a technical protection measure, that protects our members’ works on YouTube from unauthorized copying/downloading”, the complaints read.

According to the lawsuit, this caused Google to completely delist Yout’s software platform from its search results, rendering it undiscoverable for “many” Internet users. Yout says that the notices sent by the RIAA on behalf of its members allege circumvention violations, claims that are completely untrue.

“In fact, any digital mechanism in place designed as anti-circumvention technology stops Yout users from recording and saving that protected work, thereby demonstrating Yout’s compliance with any anti-circumvention protections in place,” the complaint adds.

Yout Says That the RIAA’s Claims Damaged Its Reputation

Yout’s lawsuit says that as a service designed to allow users to record publicly available media for personal use, at a time chosen by them and without breaching technical measures, it is entirely legal.

“Such time-shifting purposes, absent specific circumvention of technological copyright protections, cannot be the basis for an alleged violation of 17 U.S.C. § 1201. Yout does not violate 17 U.S.C. § 1201.”

By alleging otherwise, however, the RIAA’s notices caused third parties to believe that Yout is engaged in illegal conduct, something the company vehemently denies. Indeed, Yout states that the RIAA acted with “malice” when sending the notices since the industry group intended to harm the company.

Yout Wants Its Business and Tool Declared Legal By The Court

Reiterating that its platform does not act as an anti-circumvention tool, nor one that was primarily designed for the purposes of circumventing a technological measure effectively controlling a copyrighted work, Yout insists that it complies with “any and all” protections in place.

“Based on the foregoing, Yout requests a judicial determination and declaration that Yout’s software platform does not violate 17 U.S.C. § 1201. Such a judicial determination and declaration is necessary to protect Yout from the Defendants’ DMCA Notices, which are causing Yout injury by, among other things, damaging its goodwill and disrupting its business,” the company adds.

Yout Demands Compensation For Abuse of the DMCA

Yout states that the RIAA’s complaints to Google were sent in bad faith, for one of two reasons.

In either event, the lawsuit alleges that Yout’s business was damaged due to the RIAA’s claims interfering with the relationships between Yout and its customers, partners, and potential users. As a result, compensation is due.

In other words, Yout wants to be compensated for the losses caused when the RIAA reported Yout to Google as an infringing service that should be removed or delisted.

In most if not all similar anti-circumvention notices sent by the RIAA to various platforms, the industry group states that “technological measures” can include YouTube’s “rolling cipher”. In Yout’s complaint, the company categorically denies that it circumvents any such measure.

In fact, Yout says that by respecting the rolling cipher, it not only doesn’t infringe the labels’ rights but actually helps to protect them.

“[B]y respecting anti-circumvention technology in place, Yout facilitates protection of the copyrights of the [RIAA member labels’],” the lawsuit reads.

After repeating several times that Yout acts illegally under the DMCA, the RIAA has tarnished the reputation of Yout, the complaint adds. The industry group knew the notices would be published in public (on the Lumen Database) so as a result, the false statements constitute business disparagement.

For this and general defamation, Yout also demands compensation, punitive damages, and a trial by jury.