Despite an increased availability of legal options, millions of people still stream MP3s from unofficial sources. These sites are a thorn in the side of the RIAA.

Going after these pirate sites is a problem, according to the music group, as the operators are often unknown and hidden behind Whois privacy services. This is one of the reasons why the RIAA is supporting an ICANN proposal to limit domain name privacy.

But even under current laws and regulations it’s often possible to find out who runs a website, through a DMCA subpoena for example. And a recent case shows that the process isn’t too hard.

A few days ago the RIAA obtained a DMCA subpoena from the U.S. District Court of Columbia ordering domain name registrar Dynadot to expose the personal details of a customer. These subpoenas are signed off by a clerk and don’t require any overview from a judge.

With the subpoena in hand RIAA asked Dynadot to identify the owner of the music streaming site Soundpiff.net, claiming that the site infringes the work of artists such as Eminem, Drake and Selena Gomez. Among other details, the registrar is ordered to share the IP-address and email address of the site’s operator.

“We believe your service is hosting the below-referenced domain name on its network. The website associated with this domain name offers files containing sound recordings which are owned by one or more of our member companies and have not been authorized for this kind of use,” the RIAA writes. 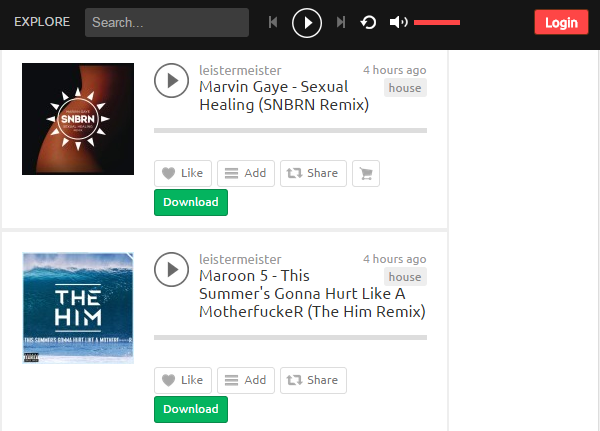 In addition, the RIAA also urges Dynadot to review whether the site violates its terms of service as a repeat infringer, which means that it should be pulled offline.

“We also ask that you consider the widespread and repeated infringing nature of the site operator(s)’ conduct, and whether the site(s)‘ activities violate your terms of service and/or your company’s repeat infringer policy.”

Soundpiff.net is a relatively small site that allows user to discover, stream and download music tracks. The audio files themselves appear to be sourced from the music hosting service Audioinbox, and are not hosted on the site’s servers.

“On our website you can find links that lead to media files. These files are stored somewhere else on the internet and are not a part of this website. SoundPiff.net does not carry any responsibility for them,” the website’s operator notes.

It is unclear what the RIAA is planning to do if they obtain the personal information of the site owners. In addition to suggesting that Dynadot should disconnect the site as a repeat infringer, the music group will probably issue a warning to the site’s operator.

For now, however, Soundpiff is still up and running.

This is not the first time that the RIAA has gone after similar sites in this way. Over the past several years the group has targeted several other download and streaming sites via their registrars or Whois privacy services. Some of these have closed, but others still remain online today.