Founded more than 16 years ago, Rojadirecta is one of the oldest and most popular linking sites for sports streaming events.

The Spanish streaming site famously challenged a domain seizure by the U.S. Government and eventually came out on top. There have been legal victories on home turf too, but in recent years the tide has turned.

Rojadirecta and operator Igor Seoane have suffered a series of setbacks. The site is currently blocked in several countries around the world while Seoane faces a criminal prosecution that could ultimately lead to a prison sentence.

Rightsholders are emboldened by these developments and the numerous victories in hand. In 2016, the Commercial Court of A Coruña ruled that Rojadirecta must stop linking to unauthorized streams of football events. The order followed a complaint by sports rightsholder Grup Mediapro. 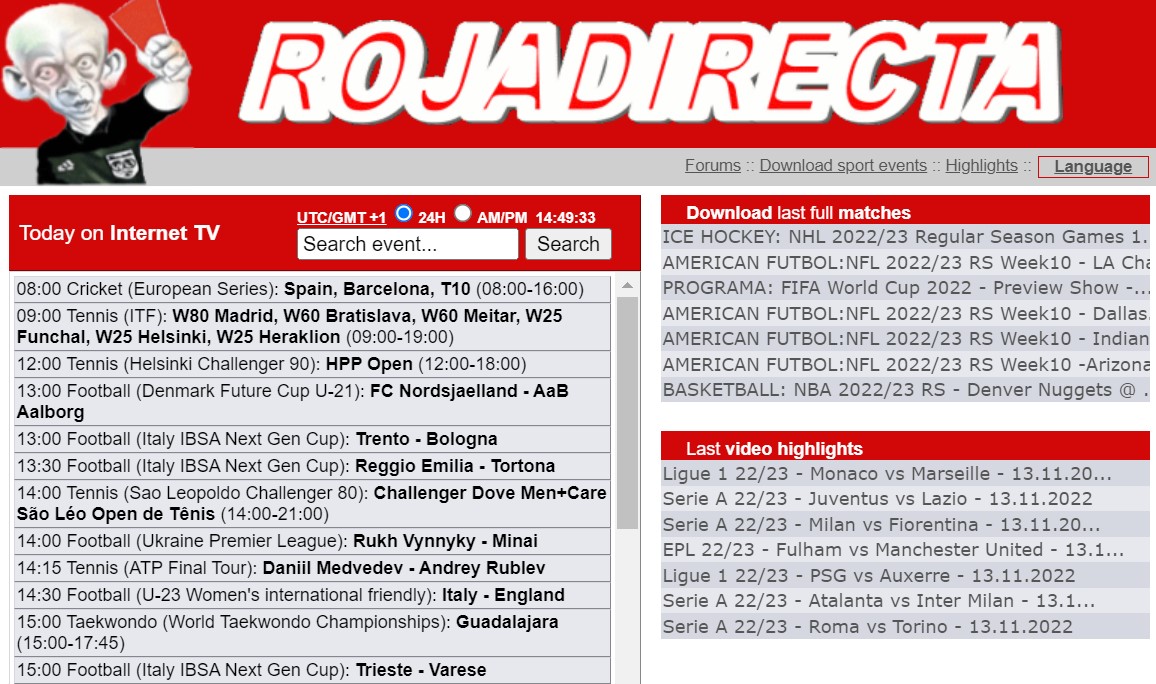 Faced with the order, Rojadirecta eventually closed its doors to Spanish visitors. The site’s operator appealed the verdict but lost again in 2018. A follow-up petition to the Supreme Court requesting a hearing was also denied.

Mediapro wasn’t completely happy with the appeal ruling either. The lower court’s judgment held Rojadirecta’s parent company Puerto 80 liable for copyright infringement, but not its operator. Mediapro petitioned the Supreme Court to correct this, which it eventually did.

In a recent order, the Supreme Court ruled that Igor Seoane, who is the sole shareholder of Puerto 80, is indeed personally liable for the copyright infringements that were committed through Rojadirecta.

“The Supreme Court has rectified this decision and holds Igor Seoane responsible for the illegal activities carried out by the Rojadirecta website,” Mediapro reports, adding that it will seek millions of euros in damages.

Details on the ruling are scarce but according to Spanish news outlet IUSPORT, which has access to the legal paperwork, the Supreme Court concluded that Puerto 80 has no other employees. Seoane is the sole operator.

The site reportedly earned between one and two million euros per year in advertising revenue, of which the operator was the main beneficiary. We were not able to verify these conclusions independently but they will likely be repeated in follow-up proceedings, including the criminal trial.

TorrentFreak reached out to Seoane for a comment on the Supreme Court ruling but we received no immediate response.