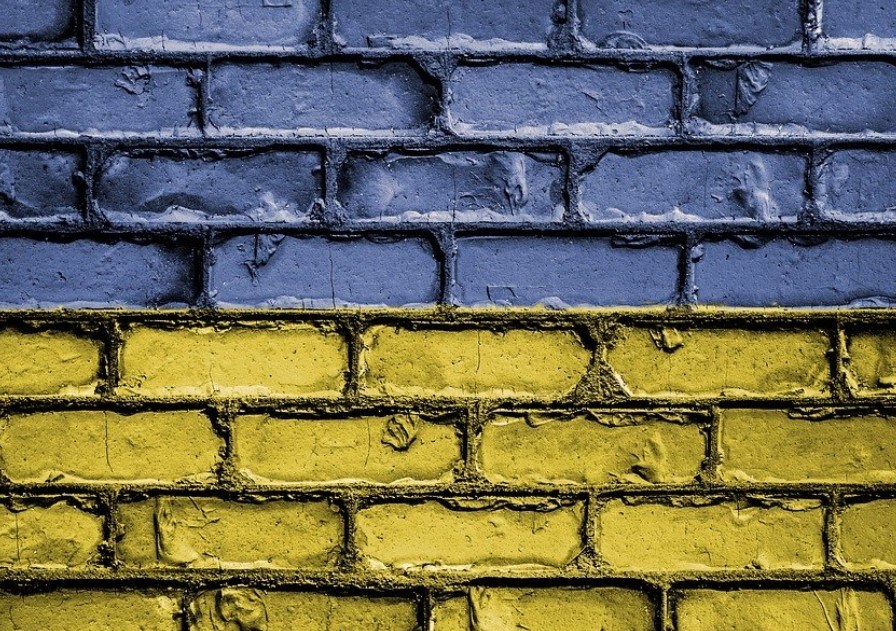 As Vladimir Putin’s invasion of Ukraine and his military’s horrendous campaign of bloodshed continues, world leaders and people around the globe are hoping that punishing sanctions against the Russian Federation will bring peace to Europe.

These are far-reaching and include measures to restrict Russia’s access to technology. Many companies were quick to respond.

For example, Apple restricted Apply Pay services in Russia then said it had stopped all product sales. Microsoft announced that it too had suspended new sales, with similar measures also taken by Sony and gaming company EA. Software giant Oracle suspended all of its operations in the Russian Federation too but these examples are just the tip of a massive iceberg.

At least for now, however, there are few signs that Russia intends to capitulate. Indeed, Putin appears to be digging in for the long haul and is seemingly intent on demonstrating that sanctions can be mitigated in dozens of ways, even if that means changing local law.

A document titled “Priority Action Plan for Ensuring the Development of the Russian Economy in the Conditions of External Sanctions Pressure” lays out just some of the measures under consideration. It’s the work of the Ministry of Economic Development of Russia and contains several measures that if adopted, will affect copyright, patent and trademark owners that act against Russia’s interests.

An item listed as point 6.7.3 attempts to deal with the problem of foreign companies revoking or refusing to issue software licenses. Under the law as it stands, unlicensed software is illegal but if the new measures are passed, in some cases software piracy will become non-punishable.

“Cancellation of liability for the use of software (SW) unlicensed in the Russian Federation, owned by a copyright holder from countries that have supported the sanctions,” the proposed measure reads.

The proposal covers both civil and criminal liability (Code of Administrative Offenses and the Criminal Code of the Russian Federation) and indicates that while sanctions are in place, piracy of software for which there are no Russian alternatives would be permissible.

Quite how this could deal with services accessed via the cloud is unclear but the overall aim is to smooth Russia’s transition from reliance on foreign companies’ products to solutions developed inside the country. Given the scale of that undertaking, software piracy is likely to become the norm for years to come.

Other Proposals To Remove Liability for IP Offenses

Item 6.7.1 further proposes the introduction of a compulsory licensing mechanism for computer programs and databases, giving the government the “rights to an invention, utility model, industrial design in relation to computer programs, databases, topologies of integrated circuits.”

Russia also has a plan for parallel imports, i.e products imported from another country without the permission of the intellectual property owner. Since it will need to import many things without official authorization, Russia’s government is considering removing liability for breaching exclusive rights, including copyrights and trademarks.

Given the state of Russian journalism at the moment, which includes government-imposed censorship and rampant misinformation, taking reports at face value is ill-advised.

That being said, on March 4, 2022, Gazeta.ru reported that Russian politician Dmitry Ionin had suggested that in the face of Western companies refusing to release new films in Russia, perhaps citizens would be able to turn to infamous torrent site RuTracker. 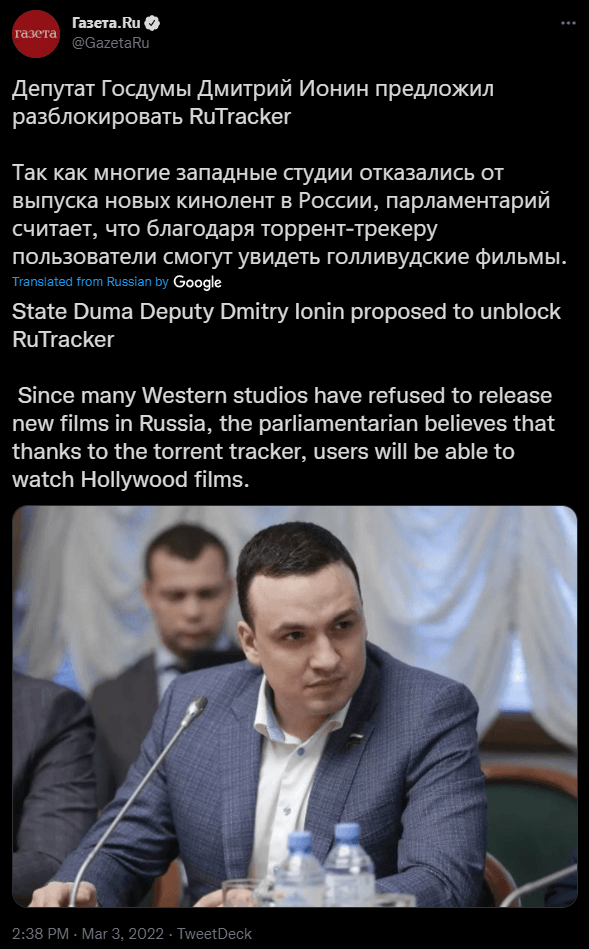 This led to speculation that RuTracker, which is ‘permanently’ blocked by ISPs in Russia for repeat copyright infringement, could be unblocked to serve local citizens. Users of one ISP, MTS, subsequently reported that they could access the site but the reasons for this are unclear.