Many of these files originate from a small and tightly organized ‘community’ commonly known as The Scene, which is made up of dozens of smaller ‘release groups.’

These groups tend to operate in the shadows with little or no public profile. At least, that’s what the unwritten rules dictate. That’s for good reason as the people involved risk high prison sentences when caught.

It’s very rare for Scene group members to get busted but last week the US Government claimed a major victory. With help from international law enforcement partners, several raids and arrests were carried out, with the SPARKS group at the center of it all.

The first reports on a possible law enforcement action trickled in last Tuesday and a day later the US Department of Justice confirmed that three people had been indicted. Based on the ‘copyright infringement conspiracy’ charges, all face long sentences.

The main defendants were hit the hardest but the effects of last week’s actions are much broader. As mentioned earlier, dozens of topsites are believed to be taken down in the raids and many more halted their operations as a precaution.

In piracy circles, people regularly bring up the “hydra,” a mythical multi-headed creature that can easily regenerate when a head is chopped off. However, last week’s busts are also reminiscent of another Greek mythology: Achilles’ heel.

As soon as the first rumors about the raids started spreading on Tuesday, the number of Scene releases started to drop. A day later, when confirmation came in, it became even quieter.

With data provided by Predb.org we take a closer look at these dropoffs, showing that some categories are affected more than others.

Before delving into detailed groups, it’s worth pointing out the overall impact, which can be summarized in two numbers. On Wednesday, August 19, there were 1944 new releases. A week later, a day after the first raids, this number was down to 168 releases.

The drop in new releases happened across all categories. Below is a line graph showing the most popular “TV-X64” category where the date of the raids is clearly visible.

TV-X64 releases before and after raid 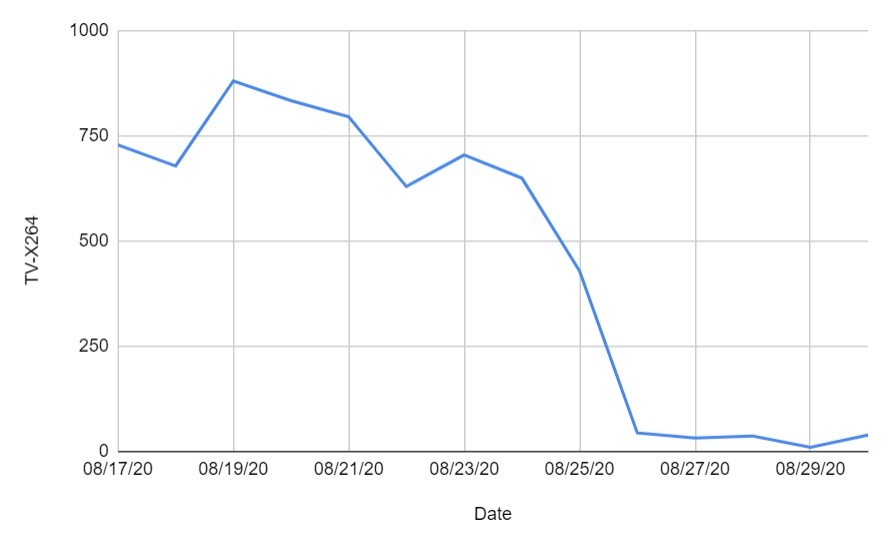 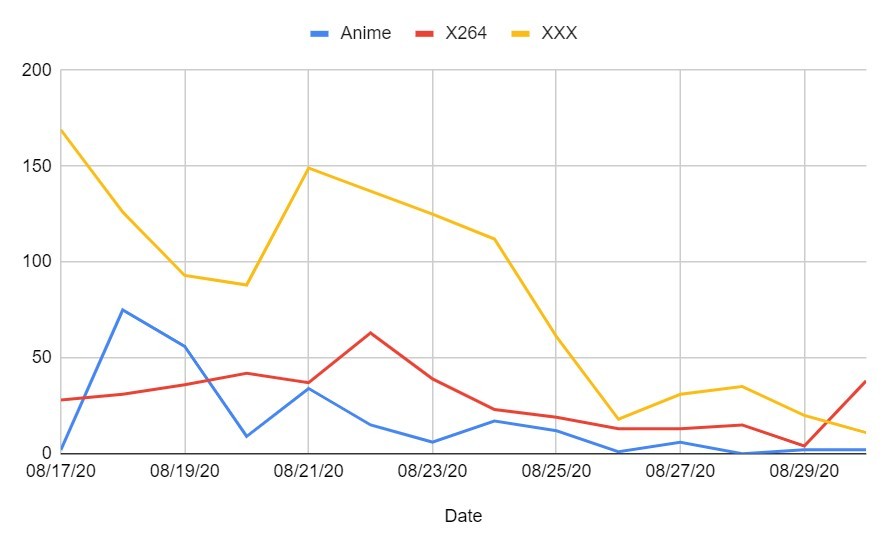 There are clearly fewer releases after the raids, but there are still some. The same can’t be said for other categories such as Games and Ebooks, where nothing new came out in the days after the raids. 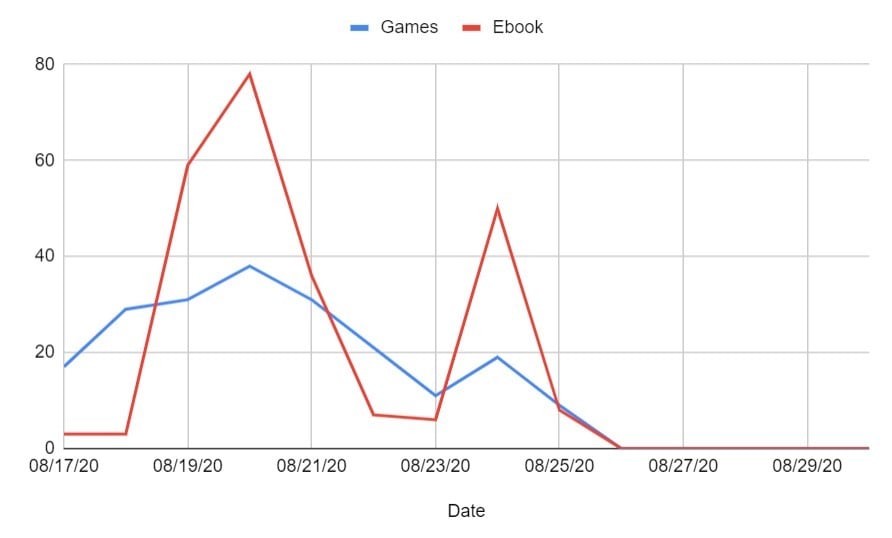 Looking more closely at individual release groups in TV and movie categories shows that some have ‘disappeared’ completely. For example, the group TRUMP previously released dozens of new shows a week. After the raids, however, nothing new appeared.

Time will tell if things will eventually recover or if the effects are lasting.

With that in mind, we’ll close with the MP3 category, where signs of recovery are visible. After an initial drop, a new two-week record of over 800 releases was set the Sunday after the raid, suggesting that groups were catching up.