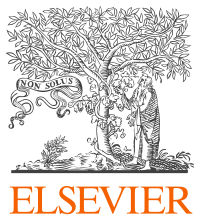 “Information wants to be free” is a commonly used phrase in copyright debates. While it may not apply universally, in the academic world it’s certainly relevant.

Information and knowledge are the cornerstones of science. Yet, most top research is locked up behind expensive paywalls.

As with most digital content, however, there are specialized sites that offer free and unauthorized access. In the academic world the Library Genesis and Sci-Hub.org projects are two of the main ‘pirate’ outlets, and their presence hasn’t gone unnoticed.

Earlier this year publishing company Elsevier filed a complaint at a New York District Court, hoping to shut down the two portals. According to the publisher the sites willingly offer millions of pirated scientific articles.

The court has yet to decide on Elsevier’s request for an injunction and allowed the operators time to respond. This week, Sci-Hub founder Alexandra Elbakyan submitted her first response.

While Elbakyan’s letter doesn’t address the legality of her website she does place the case in a wider context, explaining how the site came to be.

“When I was a student in Kazakhstan university, I did not have access to any research papers. Papers I needed for my research project,” Elbakyan writes (pdf), explaining that it was impossible as a student to pay for access.

“Payment of 32 dollars is just insane when you need to skim or read tens or hundreds of these papers to do research. I obtained these papers by pirating them,” she adds.

As explained in an earlier interview with TF, Elbakyan then decided to help other researchers to obtain research articles, which eventually grew to become a library of millions of works.

Elbakyan continues her letter by informing the court that unlike in other industries, the authors of these papers don’t get paid. Elsevier requires researchers to sign the copyright over to the company and collects money from their work through licensing and direct sales.

Researchers often have no other option than to agree because a career in academia often depends on publications in top journals, many of which are owned by Elsevier.

“They feel pressured to do this, because Elsevier is an owner of so-called ‘high-impact’ journals. If a researcher wants to be recognized, make a career – he or she needs to have publications in such journals,” Elbakyan writes.

Sci-Hub’s operator notes that she’s not alone in her opinion, pointing to several top researchers who have also criticized the model. Most prominently, in 2012 more than 15,000 researchers demanded that Elsevier change its business practices.

Adding another illustration, Elbakyan notes that she never received any complaints from the academic community, except from Elsevier.

While many researchers will agree with Sci-Hub’s operator, the case seems almost impossible to win. Elbakyan pretty much admits to breaking the law and the court has little room to ignore that.

Elsevier hopes the court will soon issue the preliminary injunction so the domain names can be seized. The publisher disagrees with Elbakyan’s comments and notes that it participates in several initiatives to provide free and cheap access to researchers in low-income countries.

If the court sides with Elsevier, Library Genesis and Sci-Hub will likely lose access to their U.S. controlled domain names. However, taking the sites offline will prove to be more difficult as their servers and operator are not in the United States.