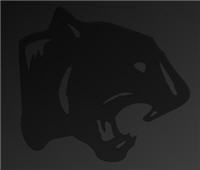 Since its release, the open source Shareaza has been downloaded an impressive 43,000,000 times from Sourceforge alone, making it one of the most successful filesharing clients. However, through no fault of the development team, its recent history is complicated and at times sinister.

After turning two other filesharing applications, Bearshare and iMesh, into pay services, a company called Discordia Ltd turned their attention to Shareaza. The company, which seems to be related to the recording industry hijacked the Shareaza domain and moved to seize the valuable Shareaza trademark as their own. Discordia even had the nerve to set their lawyers on the open source team. A summary of the entire scandalous story so far can be obtained here.

Back in May the Shareaza team announced “We’re fighting back!” and today we bring good news in the battle to neutralize the nefarious intentions of Discordia – the release of a brand new client. We interview Wout and Alex of Shareaza about their new baby: Project Panthera.

TF: The Shareaza client has enjoyed considerable success over the years. What inspired you to taper off the effort on the old software and embark on this huge effort of creating a whole new client?

Wout: Due to recent events beyond our scope of expertise, we were required to rethink our strategy surrounding Shareaza. Because we can count on the support of a massive userbase, we decided to create a new client, with some of the features requested most for Shareaza, but which we were never able to introduce.

TF: Shareaza is a very well known name in the P2P community – it’s been downloaded way in excess of 43 million times. What were the factors that led to the decision to create a fresh brand? (Project Panthera)

Wout: Well once again some people demonstrated how low a person is able to go. We learned that a company owned by Imesh (Discordia) filed for a trademark on the Shareaza brand name. Even though they have no ties to the program or the Shareaza brand. So in essence they are just doing it to benefit from the Shareaza name. This was also a factor in naming the application. We didn’t want them to benefit from our developers hard work yet again.

Alex: We basically got mugged by a gang armed with lawyers. This meant we had to reconsider our whole approach to managing Shareaza’s development to ensure the long term survival of the project. We can see a real danger that this may happen to other popular free software projects too.

Something interesting we’ve discovered: did you know that the United States Patent and Trademark Office aren’t connected to the Internet? When Discordia Ltd. filed for the trademark on our name, we wrote to the USPTO and pointed out that we’ve been using the Shareaza name for years. They said they can’t investigate sources external to their own database. We said “Couldn’t you just spend 30 seconds Googling the name of the application?” They said their procedures don’t allow them to do that. This rubbish is actually the basis of intellectual property law in the U.S. and many other western nations. Is it any wonder people are going out and creating their own licenses like the GPL and the various flavors of Creative Commons out of sheer bloody frustration with the IP laws?

According to Alex, “F**king heaps!” of time and effort have gone into the development of Panthera, “a massive job” which has been underway since April 2008, and in part personally financed by members of the team. As Panthera is (of course) an open source project and does not include any adware or bundled software, Wout told us that the team are counting on donations to help them make this software the best of its kind.

TF: What are the key features of ‘Panthera’ and why is this release superior to the ‘old’ software? Why should people switch?

Wout: Panthera has every feature Shareaza has and much more. Panthera includes decent BitTorrent support (libtorrent), skin support, proper Gnutella1 support, no use of the registry and a completely revamped media player. There is no denying it – we looked at Shareaza a lot when coding this app, and whenever we found some code that was interesting, we asked ourselves: “How can we make it better?”

TF: Panthera is a multi-network client, including BitTorrent. Tell us a bit more about the implementation and the support for other networks.

Wout: Panthera supports Gnutella1, Gnutella2, BitTorrent and ED2K (not in beta but it will be in final release). The BitTorrent in the beta release will be the default QT (more about this later) BitTorrent sample client. This is for testing purposes only. Once we have enough test data, we will replace this with Libtorrent from Rasterbar.

Alex: Shareaza has a long history with BitTorrent – we were the first client to experiment with decentralized torrents for example – but since the BitTorrent scene has just exploded, our home grown implementation has fallen behind the times which is why we’ve decided to implement the libtorrent library. One other reason is that as we’re free and open source, we figured it was about time we started taking advantage of our right to use other people’s free and open source code where its better than ours. Why reinvent the wheel when there is a perfectly good solution just sitting there waiting for people to use it under the same copyleft conditions we believe in?

TF: Panthera is multi-network, and multi-platform too. Tell us more about this.

Wout: Multi platform means more users, means more files, means more and faster downloads. No other P2P program allows to connect to virtually all the most popular networks on every operating system.

Alex: Linux especially is starting to become a viable alternative to Windows and many of our developers and supporters are either dual booting or have switched to Linux environments completely. The next logical step is native multi-platform support. As Wout says, broader coverage = win.

Clearly a project of such ambition can consume considerable resources. Wout and Alex agree that they will take all the help they can get, noting that they “absolutely need testers and feedback” and welcome anyone who is prepared to code, test or donate. In particular they would be very grateful for offers of help from developers – the program is based on the QT framework and is coded entirely in C++, and anyone with experience of Rasterbar’s Libtorrent.

It is possible that Discordia might just be successful in stealing the Shareaza brand name but the team remains upbeat and is full of enthusiasm for Panthera.

“It’s given us a chance to re-write a fantastic P2P app and make it even better,” says Alex, “which is a perfect example of the file-sharing Hydra in action.”

Panthera Project will be officially available on August 25th but in the meantime, temporary test builds are available here.

Anyone offering project support should contact the team on [email protected]

Those able to donate, should do so via [email protected]

Don’t forget, the real Shareaza project is located at http://sourceforge.net/projects/shareaza/