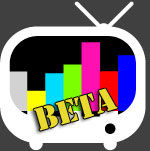 Previously, we have shown that approximately 50% of all the people who use BitTorrent at any given point in time, are downloading TV-episodes. Whether it’s someone trying to catch up on a missed episode, or a fan who wants to see his favorite TV-show before it airs in his or her country, BitTorrent is the preferred method of distribution.

The Internet has changed the way we interact with media, and there is a whole new generation that no longer accepts that TV-broadcasters can decide when they have to watch TV, and where. The major broadcasters are slowly realizing this, with the emphasis on slowly. One thing we know first hand, is that they are interested in the statistics on these pirated downloads, and with ShowInsider, they have another tool to find out what the most recent download trends are.

ShowInsider lists the most downloaded TV-episodes for every week, along with upward and downward trend lists. This weeks list, for example, shows that ‘Heroes’ is downloaded the most. ‘Gossip Girl’ is leading the upward trend chart, while ‘Terminator: The Sarah Connor Chronicles’ has dropped the most. In addition to the weekly lists, ShowInsider also offers an alphabetical list of all the episodes they index, including those not featured in the weekly charts.

Every TV-show has its own details page, where more information is available, including graphical representation of the health of the downloads and the fanbase of the show. The data ShowInsider reports is based on all downloads of a particular show, in contrast to TorrentFreak’s TV-show data, which is limited to the most recent episode of each show. A combination of both methods provides additional insight, and from now on we will report both our own and ShowInsider’s ranking.

ShowInsider is a project of Mark Thompson, who also runs AnalogX. Mark told us that (for now) his data comes from users of the open BitTorrent-based protocol, since that’s where most people download TV-shows from nowadays. For ShowInsider, he uses an immense database, which grows by 1 GB a day. “I’m a big believer in the ‘Law of Large Numbers’, meaning that the more samples you’re able to take of something, hopefully the less margin for error that you have,” Mark told us. “The trick with tracking P2P is that there is so much data out there, that if you don’t have a large sampling set it’s really easy to get data that’s skewed.”

The database used to compile the rankings on ShowInsider is not limited to TV-shows. In the future, Mark hopes to expand his BitTorrent trending into other areas, games or movies for example. “When I began the design and architecture of the backend of ShowInsider, I wanted something that would be able to scale and evolve to whatever type of content I was interested in,” Mark told us. “What I was interested in at the very beginning was TV shows – I always checked out the top 10 list from TorrentFreak and thought it was cool, but what I really wanted was a way to find out what other shows were popular that I might like.”

ShowInsider is a great and accurate resource to find out what the popular TV-shows are on BitTorrent, and how this evolves over time. It is a great addition to our own data, and provides some additional insight into the ever changing TV-torrent landscape. We are delighted to work with Mark, and hope others, including TV-broadcasters, will find the site useful as well.