Showtime and HBO Sue Over ‘Pre-Piracy’ 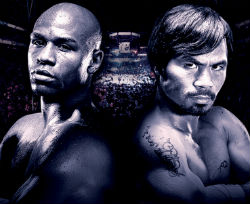 HBO and Showtime are no stranger to online piracy. Their TV-shows are pirated millions of times each month.

Nevertheless, both companies are not known for suing pirates or website owners, until now.

Yesterday the two companies filed a complaint at a federal court in Florida targeting the websites boxinghd.net and sportship.org. Both are accused of planning to stream the upcoming Mayweather v Pacquiao fight.

In a unique pre-piracy case, the companies accuse the sites’ owners of various copyright related offenses of an event that has yet to take place.

The suing parties have invested many millions of dollars which they hope to earn back in part through pay-per-view sales. But instead of the $89 to $100 people in the U.S. have to pay, both sites promise free access.

“There are no authorized online streams of the Coverage for delivery to United States audiences,” the complaint clarifies, adding that the defendants “are seeking to benefit from this high profile, live Fight by infringing the rights of Plaintiffs.”

The site’s owners would then profit from these free streams though various advertisements. The example below includes a screenshot of the boxinghd.net site, which has since been removed. 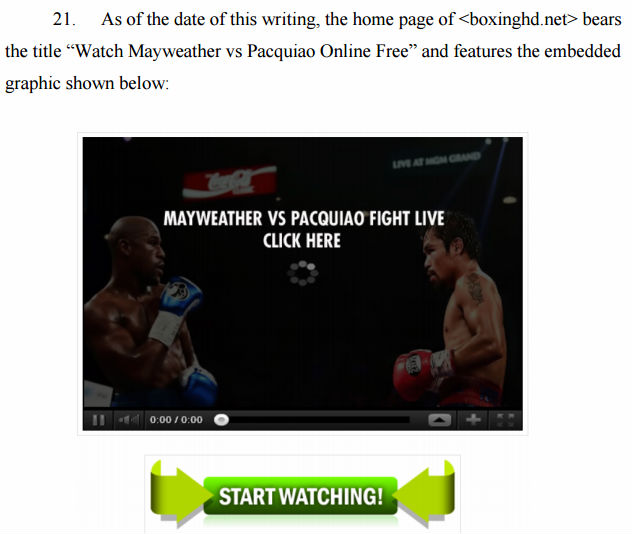 HBO and Showtime argue that the anticipated stream of the fight will infringe on their rights and cause irreparable damage.

To stop the sites’ operators from linking to streams of the event the companies have asked the court for a temporary restraining order and preliminary injunction. In addition, HBO and Showtime demand damages to compensate for the expected losses.

The lawsuit has already had some effect as boxinghd.net has thrown in the towel and is no longer advertising the fight. Time will tell whether sportship.org will be knocked down too.